A chest x-ray in pneumonia: the signs of inflammation in the picture

A disease that affects mainly the end of the respiratory tract – alveoli and interstitial tissue of the lungs, called pneumonia. The disease may arise primarily in the penetration of respiratory pathogenic micro-organisms or secondarily as a complication of other diseases. Depending on the varieties of pneumonia x-ray shows a different picture. Changes in the picture gives an indication of the stage of the disease, presence of complications and indicate the likely pathogen. 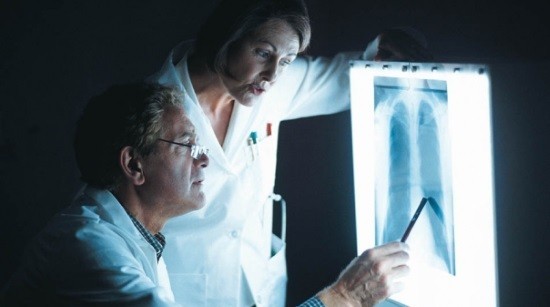 X — ray mandatory method of instrumental diagnosis of pneumonia. Additional procedures are shown for pneumonia, in addition to laboratory tests and examination include CT scan, ultrasound, and bronchoscopy. They are not routine methods and are assigned according to indications. Other diagnostic procedures examination of the chest, MRI, scintigraphy, and pneumonia uninformative.

X-ray is in a vertical position when holding the breath on the inhale. Clothing and jewelry from the chest and neck should be removed. The appearance of the picture shows shadows from metal buttons, rivets, buttons misleads the radiologist can stop to consider the pathology of the respiratory system.

A chest x-ray when pneumonia occurs in 2 planes: frontal and lateral. Radiography in the supine position on the side (laterografiya) is set to detect fluid in the pleural cavity. This picture is taken, if the effusion is small and in a vertical position on the picture of pleurisy is overlaid with a shadow of the main pathological process. When you run naturography exudate spreads along the chest wall. However, the ability to conduct ultrasound examination makes it inadvisable for the appointment of additional images. Ultrasound is more informative in assessing the state of the pleura and pleural cavity, and does not expose the patient to risk of radiation.

When doing shots for pneumonia? 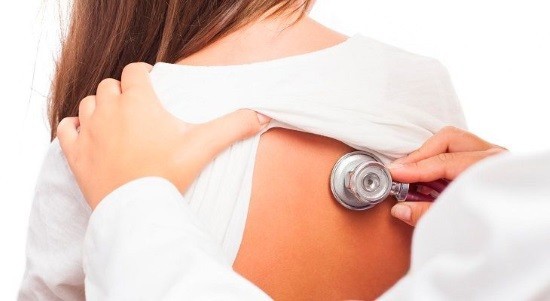 X-ray of the chest is recommended, if there is other objective evidence indicating the presence of pneumonia:

READ  Cystoscopy of the bladder in children – how doing?

X-ray is performed not only to diagnose but also to monitor changes in the dynamics. Control is usually carried out 2 weeks after the initiation of antibiotic therapy. Of course, complications occur, additional pictures doing before.

Decoding of the result

The pattern of pneumonia on the x-rays varies depending on the stage, localization and prevalence of pathological process. Has the value and type of pathogen. It has an impact on the course of the disease, which manifests characteristic changes on radiographs. So, staphylococcal pneumonia is more severe, in 25% of patients are accompanied by necrosis of the lung tissue and the appearance of abscesses. 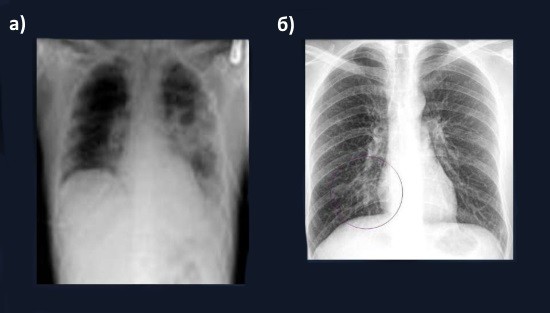 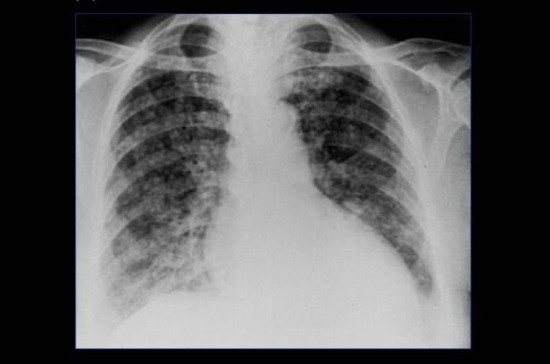 Pneumonia may occur as a complication of other diseases. So, the weakening of myocardial contraction, some of the heart defects lead to the violation of the outflow of blood from the vessels of the small circle, thereby creating conditions for the emergence of the congestive pneumonia. A snapshot in the development of this disease is the shadow of the heart increased lung roots are expanded, the pulmonary pattern is reinforced, the lightness is reduced, visible small and large focal shadows predominantly in the root zone.

Typical pneumonia is evident on x-ray in the form of the dimming of different sizes. Pulmonary pattern is reinforced, the root of the lung expanded, the adjacent portion of the pleura is sealed in the pleural cavity is often determined by the exudate.

What are the complications of pneumonia on radiographs?

Pneumonia may be accompanied by occurrence of abscesses, pleurisy, severe – pulmonary edema. In the picture they look as follows: 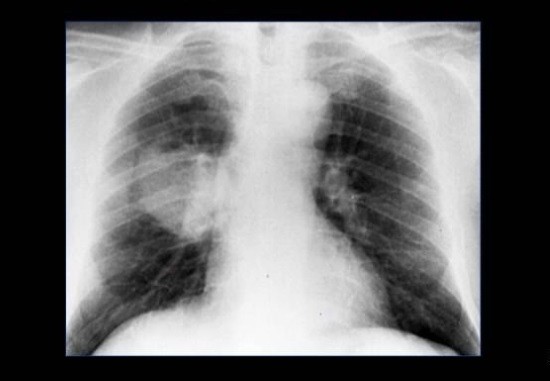 In addition to the above possible complications, and other unpleasant effects: toxic shock, endocarditis, meningitis, pericarditis, and others. However, in this article, they will not be presented.

Other instrumental methods of diagnostics for pneumonia

CT is superior in informative x-rays. However, to assign this study every patient with pneumonia is not necessary. Imaging is usually necessary for differential diagnosis with other disorders of the respiratory system. 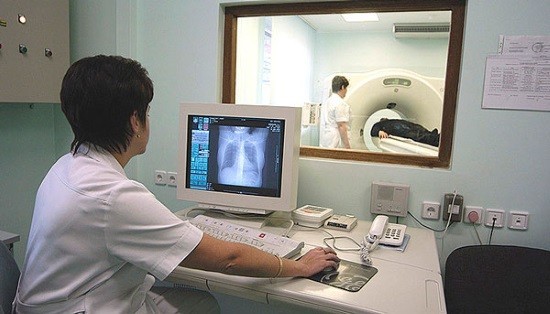 Ultrasound is preferable to x-rays in cases of suspected pleural effusion. Study reveals even small amounts of fluid in the pleural cavity and it is not accompanied by radiation. Is safe during pregnancy.

Bronchoscopy with biopsy is performed when pneumonia is rare. The need for invasive obtaining of material for research arises in case of suspected cancer, tuberculosis or infection by microorganisms, poorly detected by other methods (fungi, Pneumocystis jirovecii). To fence endoscopic biopsy is necessary to resort if you cannot obtain sputum for analysis by non-invasive methods, as well as the ineffectiveness of the empirical, that is assigned to obtain information about the pathogen, antibiotic therapy.