Intracranial tumors – is a collective designation of the groups of benign and malignant lesions developing in the brain tissue and adjacent structures. Such formations differ in origin and mechanism of tumor development, have different histological characteristics and a peculiar clinical course. Tumors of the Central nervous system conventionally divided into two distinct groups: primary neoplasms – abnormal structures that are developed directly in the skull and secondary (metastatic) – hit the brain and neighboring areas of other foci of cancer. 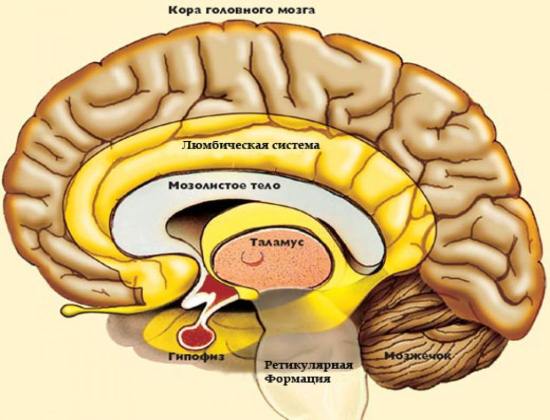 The advantages of MRI

The first step when you suspect the formation of lesions in the brain – a comprehensive neurological examination, the «gold standard» which is conducting magnetic resonance therapy (MRI). Images produced by MRI show abnormal changes of the brain in the initial phase of the pathological process, which gives a chance to prevent the progression of cancer.

Astrocytic tumors – tumors of neuroepithelial tissue represent about half of all lesions of the Central nervous system. They are divided into two large categories: 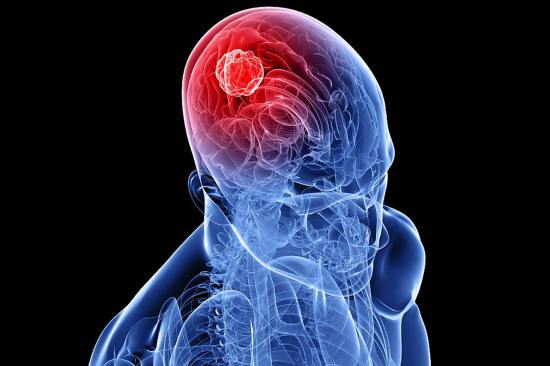 For the first category of tumors characteristic of infiltrative type of growth – malignant rapid development and the lack of clear boundaries with the surrounding tissue. Diffuse astrocytic tumors may reach enormous sizes, damaging more than 65% of the brain, and cover an area on both hemispheres. Infiltrating cancer often grows in the lymphatic ways and blood vessels that paves the way for systemic spread of malignant cells.

Diffuse astrocytic tumors klassificeret depending on the histological characteristics of the variety:

MRI shows the typical localization of diffuse astrocytic tumors: brain stem and hemispheres of the brain. Benign astrocytoma in the mode T1 is rendered Hypo-hearth, and when the program presents T2 hyperintense education. When performing contrast enhancement heterogeneity is observed in modes T1 and T2. It is worth noting that, despite the benign in nature, 70% of the patients noted the transformation of astrocytomas in the malignant tumor (cancer).

A characteristic feature of anaplastic cancer cells is their polymorphism. Also they peculiar hyperchromatic cores – ability of the cell nucleus to intense staining. 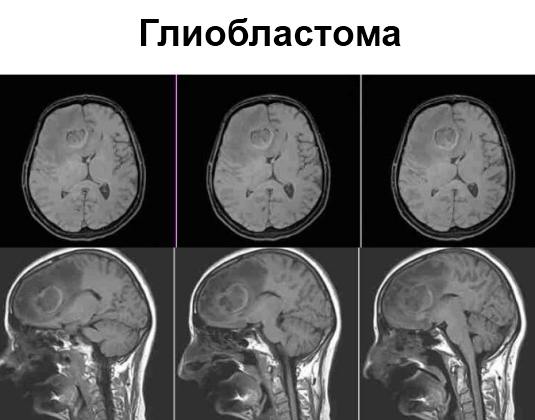 The finding of astrocytic tumor, which is characterized by active malignant properties. Glioblastoma insidious fact that in the starting phase almost never show signs of cancer, therefore, often not possible her treatment. The structure of the glioblastoma presented by glial cells, capable of rapid reproduction.

For glioblastoma characterized by rapid progression of the disease often insultative signs (hemorrhagic bleeding). Manifestations of glioblastoma on MRI reflect its anatomical features and are expressed in significant heterogeneity. Even small size of glioblastoma accompanied by edema of the white matter of the brain.

The most probable location of the pilocytic tumors of the cerebellum, optic chiasm, brain stem. This type of education has the form of a knot, which is clearly demarcated from the brain tissue and often contains cysts. Pilocytic astrocytoma is rarely malignities, that is, not cancerous.

READ  X-ray of the spine: what does the training do?

A rare form of nodular tumors in the conclusions of doctors – pleomorphic, xanthoastrocytoma observed in the cerebral cortex and white matter. Feature: germination in the soft shell of the brain and the presence of large cysts. Manifestations of this type of tumors – seizures.

Subependymoma giant cell astrocytoma visually similar to the node located in the Lumina of the lateral ventricles. After radical removal of the tumor, possible prolonged period of remission.

A special category of cancer are cysts – benign cavitary lesions in the brain with serous content. The cysts are divided into separate types according to their histological structure.

Using MRI, the physician determines in which segment is located the cyst, what size it reaches, its development dynamics. The most common education – epidermoid and dermoid cysts. They are found in all parts of the Central nervous system, but in most patients, cysts are defined in the cerebellopontine triangle.

Data destruction is not less than 5% of all pathological lesions of brain cancer. A distinctive feature of oligodendroglioma: selective localization, but 50% of patients with such tumors are found in the frontal lobe.

The peculiarity of these formations is the presence of large areas of degeneration or necrosis, which are easily fixed on the MRI. In mode T1, the tumor reveals mixed isointensity, during operation of the imager in the program T2 is observed hyperintensional.

Oligodendrogliomas can be benign or malignant in nature. For the second type is characterized by a poor prognosis, however, there is evidence of success in overcoming cancer with chemotherapy.

This kind of intracranial tumors, typical for young adults and is more than 6% of all brain tumors. Among ependymoma formations there are several variants of benign and malignant character. Differential diagnosis of ependymomas from different primary gliomas by MRI scanner based on their localization and morphological features. 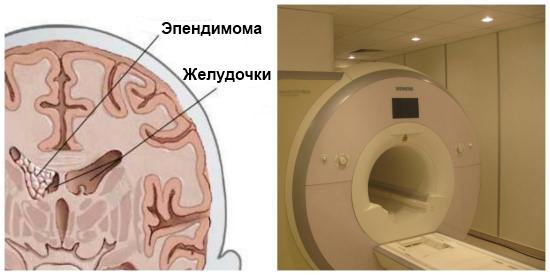 Group 5 — tumors of the choroid plexus

Through MRI can diagnose benign papilloma and carcinoma the choroid plexus. They are characterized by isointensity mode T1 MRI scanner. For papillomas and cancers characterized by the presence of clear contours, asymmetry, node melkorazmernaja surface, resembling a cauliflower.

In addition to these lesions of structures of the skull, experts also recommend to perform MRI for suspected tumor of the meninges to differentiate benign and atypical meningiomas, as well as cancer of meningialnyh cells. The image on the scanner show signs, informing about: