Computed tomography of the head: what defines it?

Computed tomography of the head is a type of x-ray examination, in which the resulting image is processed by the computer. On these pictures become are distinguishable vessels, tissue of the brain, cranial bones, soft tissues, etc. This information is the basis for diagnosis of a disease in combination with other research methods.

CT scan determines the morphological structure of the tissues of the head, which is required for detection of the disease. Therefore, this study should be undertaken in cases where the patient concerned about any of the following conditions:

The study shows the status of the following structures:

After a CT-scan can be diagnosed with the following diseases:

Thus, this information is necessary for doctors of different specialists – neurologist, otolaryngologist, ophthalmologist, angiosurgeon, a therapist, a neurosurgeon. She gives reasons for placing one or another diagnosis. As you know, the correct diagnosis is the key to successful treatment in the future.

Possible complications of the procedure

CT of the skull bones and other structures of the head sometimes can be accompanied by complications. They involve the use of contrast agents. It is used not always, but only when there is a need to increase the diagnostic value of CT. This gives you the opportunity to review the progress of the vessels and characteristics of blood supply of various parts of the head. However, it is this contrast that defines the likelihood of possible complications, which include:

The development of renal failure depends on what you’re injecting the contrast is filtered by the kidney for subsequent excretion from the body. In this regard, in people who have kidney problems, you must carefully weigh the risks and the diagnostic value of research (arguably, the information that it gives can also be obtained with other research methods).

Allergy develops in predisposed patients, which exhibit increased sensitivity to ions of iodine. For this reason, the doctor who will carry out a CT scan, be sure to find out from the patient as he carries iodine, including local forms applied to the skin. If a person says that iodine mesh, applied the skin, and makes Allergy such as rash, redness, etc., then such a patient CT scan with contrast is contraindicated.

The method of CT 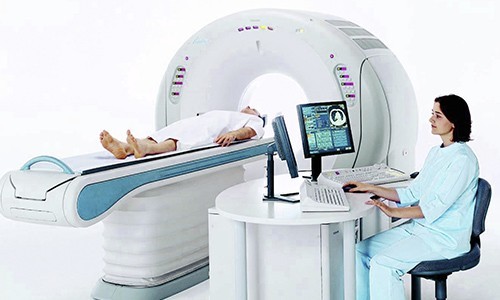 Computed tomography can be done in two main methods:

Computed tomography with the use of contrast is particularly indicated in those cases where there is suspicion of the following States:

Tomography of the skull bones and other structures of the head requires no special training. However, the patient should know that before you enter the room to study, you must remove all metal objects (including jewelry), and also a mobile phone. This will avoid the appearance of artifacts in the pictures (error study).

READ  When can I have sex after laparoscopy: sex life by the rules

If you plan a study of the skull with the use of a contrast agent, it is forbidden to consume food and fluid for 4 hours prior to imaging. Also to reiterate, it is necessary to inform the doctor about any reactions of intolerance and allergies to iodine, as any contrast in the composition contains this trace mineral. Before performing a series of pictures for a few minutes is injected a certain amount of contrast medium which is distributed along the vessels.

Study of the skull using computed tomography absolutely painless. The patient is placed on a special table-the bed that slides back and forth relative to the scanning machines. This allows a series of images at different depths. All images are in the same parallel planes. For comparison with spiral CT scanning planes are not parallel, which increases the value of the study.

After imaging with contrast, the patient is advised to drink at least 2 liters of fluid for the early elimination of contrast agent from the body. It is best to give preference to unsweetened water without gas. You can also drink a couple glasses of milk, which allows to neutralize the radioactivity of iodine.

Computed tomography of the head with all its advantages has a number of contraindications, when from this study should be abandoned. These situations include:

READ  EGD – what is this examination? 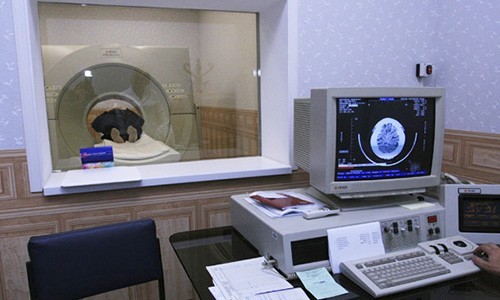 Relative contraindications for CT are:

Therefore, CT scanning provides essential information for the doctor that diagnoses a specific disease in a patient. This study shows how the affected particular organ pathological process, and provides an opportunity to evaluate the nature of these changes. It is very important that almost all known diseases with the help of this diagnostic test can be identified at a very early stage of development that ensures favorable outcome from timely initiation of treatment.