Doppler ultrasound of vessels of head and neck: what shows?

Vascular diseases have become frequent companions of the modern man. Sedentary lifestyle, unhealthy diet that include fatty foods, poor environment — all these factors affect the condition of the arteries throughout the body. For early diagnostics of vascular changes in modern medicine, used ultrasound dopplerography of vessels. This technique is based on the effect Doppler the blood cells can reflect ultrasonic waves which are transmitted from the sensor, it in turn sends a signal to the display unit. 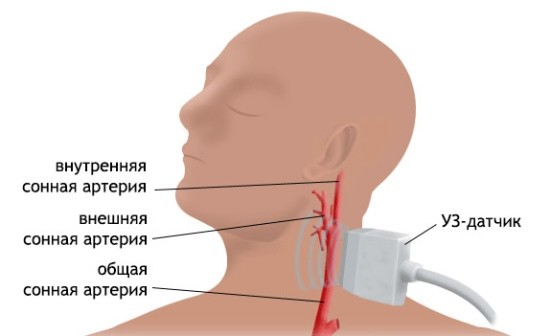 Why is Doppler ultrasound?

Doppler ultrasound of the brachiocephalic vessels has a lot of advantages: 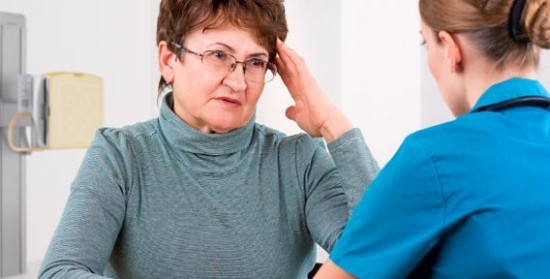 Ultrasound of vessels of head and neck prescribed for a patient has certain symptoms, evidence of vascular pathologies of the head and neck, frequent headaches, fainting, noises in the ears, attention disorders, frequent bouts of dizziness.

Doppler ultrasound of vessels of head and neck shown in the next set or suspected diseases as a single or recurrent transient ischemic attack (TIA), fresh and previous stroke history, hypertension (hypertension) or essential hypertension (GB) – persistent or episodic increase in blood pressure, a suspicion of the presence of atherosclerotic plaques, stenosis (narrowing) of blood vessels. In addition, Doppler shows the presence of vascular tumors.

Doppler MAG helps to identify the major problems of the vessels, such as atherosclerosis MAG – a common disease characterized by the deposition of fatty plaques, which then increases connective tissue, plugging the lumen of the capillaries. As a consequence of the slowing of blood flow in the MAG and the reduction of oxygen delivery to the brain, due to which the patient has recurrent attacks of transient ischemic attack (TIA) is an acute blood supply disturbance of the brain, which manifest the characteristic neurological symptoms (headache, temporary loss of speech, numbness or tingling of one side of the body).

Another dangerous disease that can be diagnosed using Doppler ultrasound of neck vessels — stenotic changes in arteries. By narrowing the lumen of blood vessels reduces the delivery of oxygen to the brain, and if untreated, stenosis MAG can progress until the complete overlap of the vascular lumen, resulting in the development of ischemic stroke. 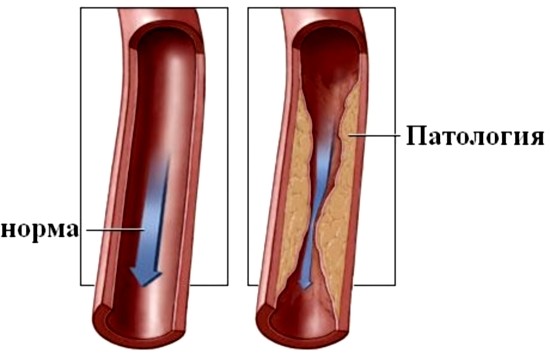 Doppler ultrasonography is able to diagnose extravascular compression, or compression of the artery walls, as well as the germination of her tumors.

Special training vascular ultrasound of the neck is not required. Patients suffering from hypertension, it is necessary to conduct antihypertensive therapy per hour before the study. The test should be performed at normal for the patient’s pulse and parameters of AD. Eve is not recommended to consume spicy and fatty food, and to drink strong tea and coffee. It is preferable to schedule the procedure early in the morning.

The patient during the procedure 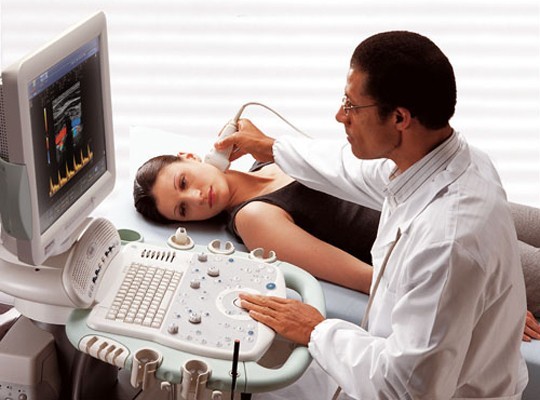 This study is based on the fact that the MAGICIAN is superficial and readily available for examination, thus they reflect the state of the arterial system of the body.

The surveyed falls back on the couch and puts her head on a specially prepared cushion. To undergo ultrasonography of the neck the head should tilt back, the chin needs to be rotated in the direction opposite to that at which carry out the survey of MAG. Examination the doctor starts by scanning the lower part of the carotid artery on the right side, gradually moving the sensor up to an angle of the lower jaw, this estimated depth of the artery, location of the bifurcation, identifies possible atherosclerotic plaque. Further include Doppler explores the blood flow velocity in the MAG, its uniformity — it is possible to see various vascular anomalies. In that case, if the ultrasound of the brachiocephalic vessels discovered pathology, conducts a more thorough investigation, determine the severity of violations. Similarly, the scanning is from the left side. Then Dopler likewise explores the vertebral artery, lying lateral to the vertebrae.

READ  Lysis of adhesions by laparoscopy – what is it?

The decoding results of the survey

Pay attention to the thickness of the vascular wall of the carotid artery — an increase suggests the development of atherosclerosis. The article focuses on vessel bifurcation (a bifurcation is a split location of the main trunk of the vessel on branches) — often the formation of atherosclerotic plaques takes place there. The receptacles can be formed by erosive surfaces, which are superimposed thrombotic mass, with the ability to break away and get into the cerebral artery. Plaque can be a size from some millimeters (these are called local), and prolonged (over one and a half centimeters). For the location of the plaques can be from one or both sides of the vessel. The shape – concentric and polycentricism.

After vascular ultrasound of the neck vessels the doctor gives the conclusion about quantity of the revealed deviations. Depending on what the disease was identified in the study, you must consult a narrow specialist. Upon detection of the pattern of atherosclerosis is the appointment with the cardiologist, a neurologist – if you have symptoms of coronary attack.

The timely implementation of simple procedures can protect the person from severe complications that often develop suddenly and lead to disability or death.