Helicobacter pylori infection is a key factor in the onset and progression of chronic gastritis and gastric ulcer and duodenal ulcer. The bacterium Helicobacter pylori is widely prevalent in the population and can lead to these diseases in the presence of additional risk factors such as unhealthy diet, bad habits, etc. In this regard, the gastroscopy with the test for H. pylori is the «gold» standard in diagnosis of peptic ulcer disease, and is indicated in all patients with symptoms of such pathology. However, there are several approaches to the definition heliobacteria infection during esophagogastroduodenoscopy (EGD). 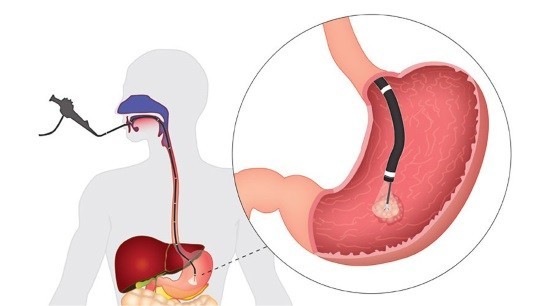 Peptic ulcer disease develops in those patients in whom imbalance between the protective factors of the mucosa and aggressive influences. In addition to the known role of irrational food, Smoking and alcohol abuse, factors of aggression include Helicobacter pylori infection, caused by the bacterium Helicobacter pylori. This microorganism is able to produce a number of substances which protective factors and lead to damage of the gastric mucosa or duodenum of the intestine.

In the Arsenal of the treating physician, there are several diagnostic methods used to determine Helicobacter pylori. These include:

It is important to note that, in accordance with clinical standards for diagnosis of peptic ulcer disease for diagnosis should be used at least two different types of survey. In each case, the choice of methods of diagnosis by the doctor treating them.

Holding gastroscopy with the test for H. pylori is one of the most precise methods of diagnosis. Such examinations are prescribed to patients with typical ulcer symptoms (hunger pains in the upper abdomen, nausea, decrease in pain intensity after meals, etc.). Also, this analysis can be used to monitor the effectiveness of therapy.

Feature of bacteria, which can be used in the study on Helicobacter, the secretion of urease that can split urea. As a result, this reaction produces carbon dioxide, which is vital for the bacteria to acidic stomach contents. This areasnew activity can be detected through gastroscopy.

The study urease activity is of great diagnostic value, as only H. pylori are capable of producing this enzyme. 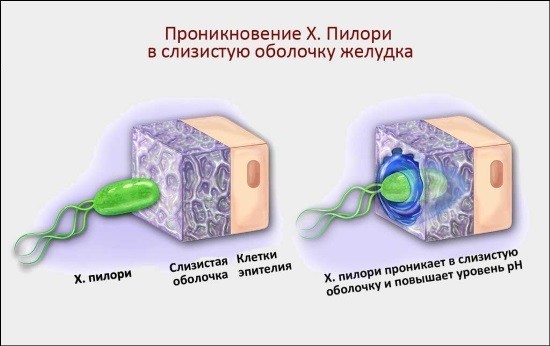 Using fibrogastroduodenoscopy (FGS) allows the physician to visually assess the condition of the mucous membrane of the digestive system. This applies to a small flexible scope with a camera and a light source at the end. Visual inspection of the inner layer of the stomach and duodenum an experienced doctor can notice the altered areas, typical for peptic ulcer disease. The biopsy, i.e., taking a small piece of suspicious mucosa can be used for further diagnosis.

After a piece of mucosa is taken, it is placed in a special chemical environment that can determine the activity of urease in bacteria. If the mucosa was Helicobacter, the environment will change its color to crimson in connection with a change in pH of the solution to the alkaline side. If the color does not change, then the presence of such bacteria is unlikely, but to eliminate it completely is impossible.

The most accurate test for H. pylori with EGD biopsy with subsequent cytological examination of the sample. Under such analysis the probability of obtaining false results is minimal, as it uses the direct determination of bacteria in stomach tissue.

To obtain material of the mucous membrane can be applied two methods: smears-the prints containing the cells, and bacteria, as well as a full biopsy, associated with the removal of a small piece of the inner layer of the organ. Usually a biopsy try to hold on to the most suspicious areas of the mucosa, but in any case, do not place the ulcers or erosive defects as Helicobacter there exist. 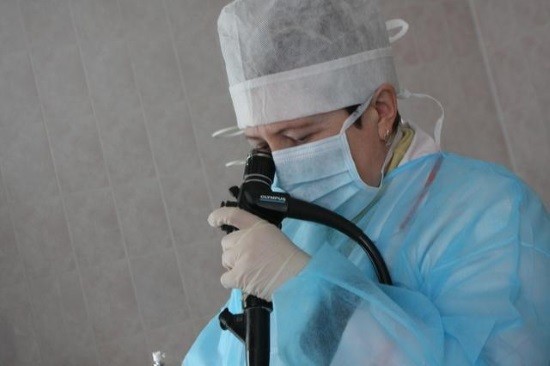 Application of complex methods of diagnostics allows to detect the cause of gastric ulcer and duodenal ulcer the patient has, and prescribe the most appropriate treatment.

After that, used a special paint that allows to distinguish Helicobacter pylori and to see the organisms directly under the microscope. This method is most effective, however, in connection with the invasiveness is not used very often.

Gastroscopy with the test for H. pylori – a combination of several diagnostic procedures to detect H. pylori infection. The latter is necessary as indications for early eradicationday therapy aimed at getting rid of the microorganism and treatment of gastric ulcer and duodenal ulcer. The right to conduct such diagnostic procedures allows to avoid false positive and false negative results, which is very important for the patient.