Gastroscopy what is the procedure?

Gastroscopy of the stomach is a study, in which, with the help of a special device (a flexible tube with a built-in optical system ─ the fiberscope), a doctor examines the lining of the esophagus and stomach, also performs all necessary manipulations.

What is a gastroscopy in the modern world almost everyone knows ─ this technique is common for the diagnosis of diseases of the digestive tract. It is performed in hospital and ambulatory. The procedure is most often diagnostic but may be curative.

Such a study, as gastroscopy can be prescribed by a doctor if the following symptoms.

The appearance of bleeding from the upper parts of the digestive organs, manifested by bloody vomiting is also an indication for an emergency gastroscopy to find the cause of bleeding and its early elimination.

Often, the doctor sees the need for gastroscopy of the stomach according to the results of other studies. For example, after a change detection at x-ray examination of the esophagus and stomach.

Detection and treatment of diseases

When a doctor gives direction to the passage gastroscopy it can confirm the presence of the following diseases of the digestive system:

Gastroscopy of the stomach may play a dual role. Endoscopist, having examined the condition of the mucous membrane of the esophagus and stomach, making a biopsy if necessary, can immediately go to treatment. For example, endoscopically it is possible to cope with the arisen bleeding, to remove polyps using a set of tools endoscope. Also gastroscopy may be appointed to monitor the effectiveness of the treatment.

READ  CT and MRI: what is the difference, what's different, what's better?

Rules for the preparation

If there are indications to carrying out a gastroscopy to prepare for the procedure beforehand, it is best ─ in a few days. The most important thing in the preparation for testing is of a diet that excludes alcohol and foods that contribute to the increased gas-formation, namely:

The day before the study, the last meal is a light dinner no later than 6 PM (if fibergastroscope is scheduled for the morning), then only allowed to drink liquids. In the morning, especially the last 2 hours before the procedure, is not to take even liquids, it is also better to eliminate Smoking. 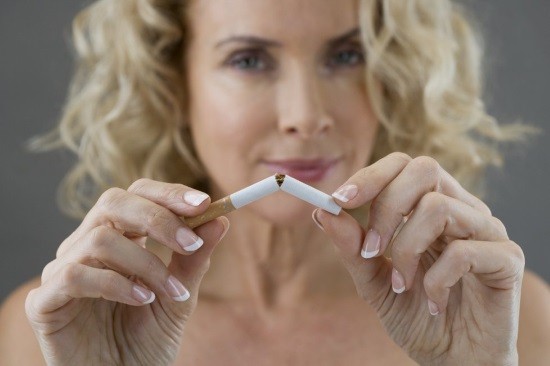 In addition, it is important to inform the doctor in advance about the necessity of continuous administration of any drugs, as in the morning it is not recommended to take medication in the form of tablets and capsules.

It is important to decide at what time the medication may be ─ to study or, if not so important the time of admission, you can do it immediately after the procedure. You should also discuss with your doctor the possibility of abolishing or reducing the dosage of drugs that reduce blood clotting, if any are taken.

Before the gastroscopy allowed:

Also, a gastroscopy should bring a towel, the results of past surveys, if conducted.

You should pay attention to the clothes that will be on the procedure. It should be comfortable, give freedom of movement, easily unbuttoning.

READ  MRI of the inner and middle ear

Before the test it is best to remove eyeglasses, dentures, jewelry, if they can hinder the process. 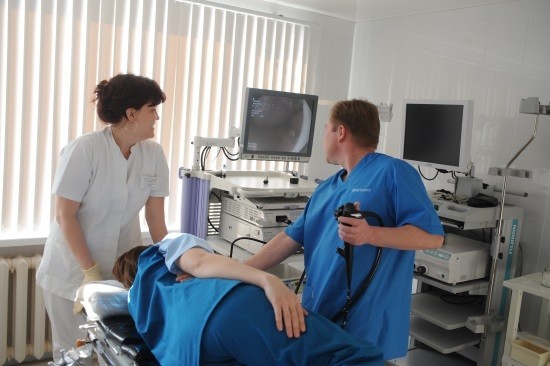 Is to understand in more detail what it is, gastroscopy, and how exactly is this procedure.

After meeting with the patient, the physician learns about the patient complaints, met with medical documentation. If there is no Allergy to local anaesthetics, local anaesthesia of the pharynx. In a few minutes the patient is placed on left side. He grips the teeth with a special mouthpiece to prevent the possibility of prokusyvanie endoscope during the procedure.

Next, the doctor inserts an endoscope, lubricated with a special gel in the mouth and, under direct vision, propels it into the esophagus, asking the patient to make swallowing movement. Investigated during diagnosis, you have to try pretty calm and breathe deeply, this will reduce the discomfort.

The doctor during gastroscopy sees the mucous brought before the endoscope on the screen, captures all the necessary changes, and later makes them into a study Protocol, which the patient will return to your doctor.

Fibrogastroscopy may take only a few minutes or continue for longer if required some manipulation. Thus, if any pathology the doctor will not see, the procedure is over fairly quickly. 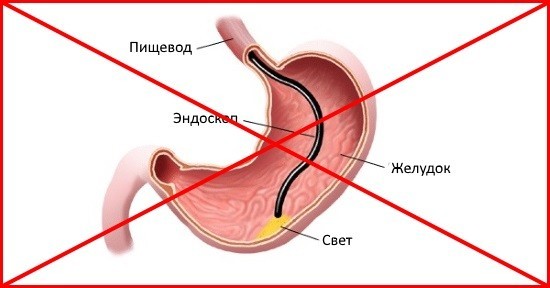 READ  What shows CT scan of the pelvic organs?

Decides on the procedure the attending physician based on the patient’s condition and risk to life in case of refusal of the study. So, if there is bleeding from varicose veins of the esophagus endoscopic intervention is vital and should be carried out for emergency indications.

Accuracy and effectiveness of diagnostic and therapeutic measures, gastroendoscopy yet has no analogues. While no method of research that gives such a large amount of information about the state of the mucosa of the digestive system.

Many other methods of examination of digestive organs, such as x-ray or ultrasound is able to give prior information, but often require gastroscopy. 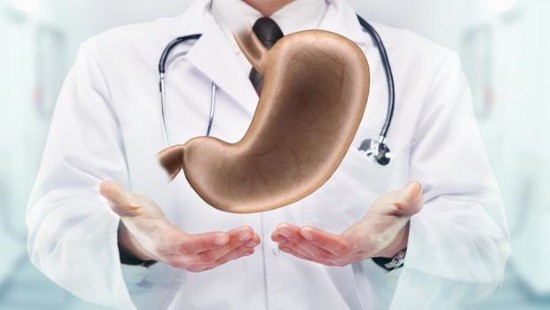 The results of the previous gastroscopy assesses the attending physician on admission, using the Protocol filled during this procedure, after which he conducts a conversation with the patient, explaining the details and, if necessary, suggesting possible methods of treatment.

Thus, endoscopy of the stomach is the gold standard in the diagnosis of diseases of the gastrointestinal tract, and also allows to deal with various types of pathology of the digestive system immediately after their diagnosis.