MRI children: indications and particularities of

MRI do with the help of a special apparatus (scanner), it is a closed capsule in which is located the couch with the patient. Inside the capsule is created an electromagnetic field of high voltage. The response unit detects electrical impulses from the tissues and creates a layered three-dimensional image of the internal organs and body structures.

In world practice, the doing research since 1973. Over the years, the method was well studied and proved its safety to the human body, including pregnant women and young children, even under one year of age.

The features of the magnetic resonance imaging in children

Kids hard to be stationary during the entire study, which usually takes thirty to forty minutes. It is also worth considering that being while research is needed in a small confined space, a stay which is unpleasant even for adults. During operation the machine makes a buzzing and crackling sounds that also scares young patients.

All of the above procedure impose a significant restriction on the purpose of MRI for children under five years of age and older. However, the ability to make accurate and safe diagnosis often requires carrying out research, even the children of the first years of life.

Science is not static and currently, to be able to distract little patients and achieve a stationary state, there are devices with built-in screens that can show a cartoon during the study, unpleasant sounds are leveled headphones. 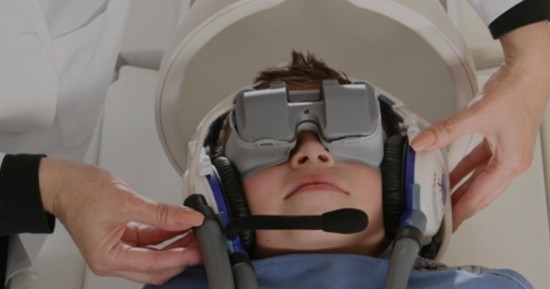 There are also apparatuses in which the side wall of the capsule opened, and near the child during the study, you can be parents or medical staff.

Age limit for the study in Pediatrics no.

The effectiveness of magnetic resonance diagnosis children is extremely high. Children, like adults, can be performed in many diseases and pathological conditions. But the difficulties in reaching the stationary state of the baby up to five years for a considerable time, and the stress of being in a confined space or the prospect of anesthesia, forcing pediatricians to do imaging only in cases of serious need.

The brain inside the bony skull, not effective with popular diagnostic methods (x-ray, ultrasound). The appearance of symptoms, which may indicate a serious condition usually requires an MRI. Magnetic resonance imaging with absolute certainty will be able to confirm or deny a tumor, cyst, hemorrhage, aneurysm of blood vessels, demyelination, abscess and other life-threatening condition of the brain and spinal cord. Tomography allows to diagnose hydrocephalic syndrome (enlargement of the ventricles of the brain fluid, which can compress structures in the brain), and various congenital anomalies.

Use imaging to diagnose abnormalities of the joints (hip dysplasia) and cancer and infectious (osteomyelitis, tuberculosis of bones) processes in the bone structures.

Other tissues and organs

Internal organs is available for inspection using ultrasound and x-rays, therefore, magnetic resonance imaging, are extremely rare, only in cases where the diagnosis is doubtful and cannot be confirmed another way.

Contraindications to the study

Other contraindications (claustrophobia, anxiety) can be resolved by selection of an MRI apparatus with an open capsule. 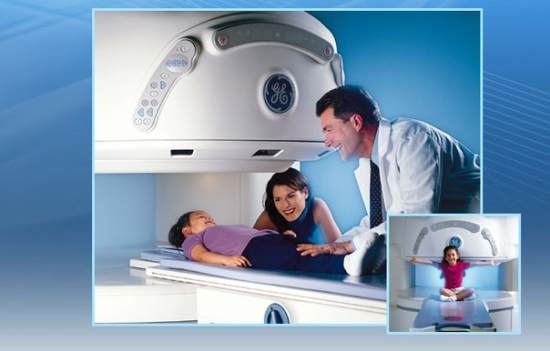 The preparation for imaging

Special preparation for MRI of brain, bone and joints is not required. But given that the child on the background of stress, excitement can be vomiting, it is better to do the procedure on an empty stomach or five hours after the last meal. Feed babies better two hours before the procedure.

To limit baby food before the study (after seven PM) is required if MRI is planned to be done under anesthesia.

MRI of abdomen will require restrictions on the acceptance of plant and dairy foods and bread for two to three days.

Can not wear clothes with metal (zippers, rivets, buttons, logos), and will have to be removed before the procedure hairpins made of metal, a cross and other decorations.

If the child, even in the age of five years old, the doctor ordered an MRI, it is better not to abandon this method of diagnosis because it will allow to reveal diseases at early stages and assign timely treatment. The procedure in specialized pediatric clinics where the staff has a huge experience of work with young patients will be absolutely safe for the health of the child.