MRI of the eye orbits and optic nerves: what shows?

The ability to see provides a sophisticated visual system beyond the eye, but also contains other links leading to the responsible centers of the brain. Visual inspection is available only the outer part of the eye, the eyelids and conjunctiva, the other parts of the system are securely hidden the skull bones that form the orbit. An important place in the diagnosis of diseases of the visual system is an MRI of the eye orbits. 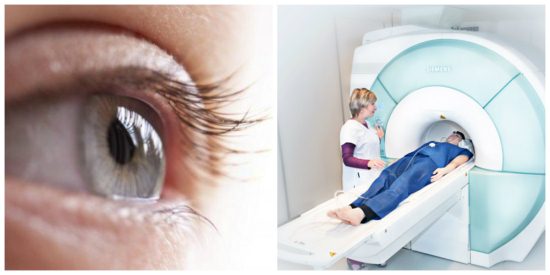 Part of the visual system, except the eyeballs, which themselves have a complex structure, composed of the optic nerves are crossed, they form the optic tract, the muscles providing eye support and movement, eyelids, retrobulbar adipose tissue (pillow eyes). In addition to these components the normal functioning of the visual analyzer to provide a second, third, fourth, and sixth cranial nerves.

Eye orbit MRI requires no special preparation. You need to think about the clothes: it should not contain metal parts, and leave at home jewelry, watches, dentures and plates.

What diseases of the visual system allows to identify the study?

The accuracy of the method allows to detect virtually any disease of the visual system in different stages of development.

MRI of the orbits allows to establish an accurate diagnosis, if the patient complains of pain in the eye, or one eye swells, or the person is rapidly losing vision, the ophthalmologist is unable to detect pathological changes during a standard survey. Magnetic resonance imaging can also show the work of the body in real time and record the results on electronic media. 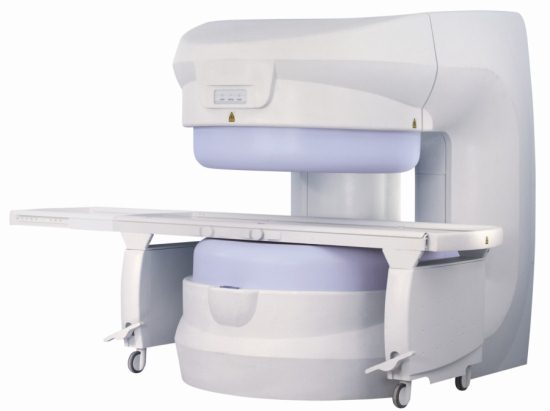 READ  Discharge after laparoscopy when to sound the alarm?

Interpretation of the results is conducted by the radiologist that performed the study, concluding with a description of the surveyed structures and diagnosis the patient receives an. Also the patient is given a film with successive image slices of the eye orbits, which are performed in increments of five (and sometimes two) of a millimeter. Currently image the patient are also on electronic media (disk, flash card).

Regardless of the conclusions of the radiologist, an ophthalmologist can interpret the result themselves, having studied the pictures. Evaluation of a physician is important, as it can correlate the photographs with the results of other studies and complaints of the patient.