MSCT of the abdomen

The use of x-rays in diagnostic medicine have significantly increased the level of early diagnosis of serious diseases. One of the most accurate methods based on ionizing radiation is today considered MSCT – multislice computed tomography. 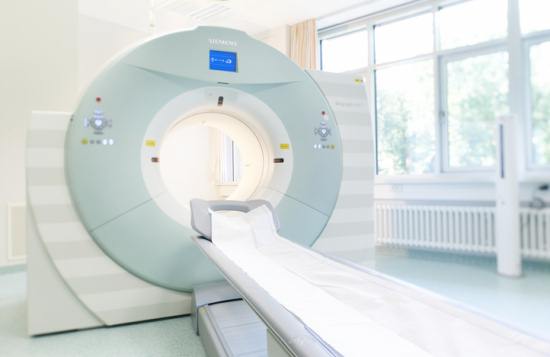 Than CT differs from conventional CT?

Spiral computed tomography the physical basis is no different from CT – based method are also x-rays. The main difference from conventional CT computer tomography is that the scanning is performed on a spiral path – the machine rotates around the couch with the body of the patient while the couch moves into the MRI scanner. One turn of the spiral corresponds to a snapshot of one area in different planes. With the help of CT it became possible to produce accurate three-dimensional models of the studied organs of the abdominal cavity, and the specialist has the ability to adjust the size of the slice is the most modern scanner scans slices less than 1 mm is much smaller than a simple CT.

As a rule, multislice computed tomography of the abdominal cavity is administered after other methods of examination – often after the ultrasound or radiography. In clinical practice CT is prescribed for diagnosis or more detailed studies of discovered pathologies. Computed tomography is ideal for planning surgical treatment and monitoring of postoperative patients.

The abdominal organs to be scanned on the scanner, include:

Contraindications to the survey

The level of radiation when performing computed tomography will be much lower than KT, so the number of contraindications to this method of less. All contraindications for the survey are relative, which means the possibility of scanning in emergency situations. These include: 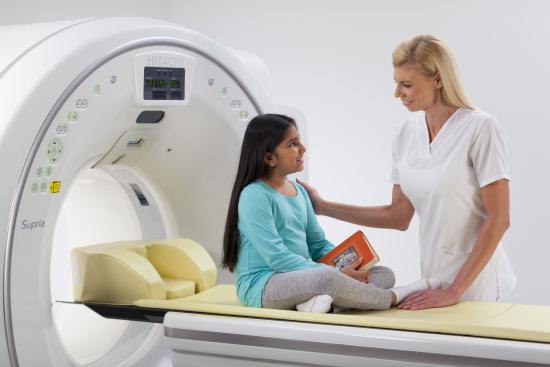 What goes into the preparation for the exam?

To improve image quality and increase information content of the method, it is recommended to prepare the gastrointestinal tract. To do this you must follow a diet is to remove gas-forming foods from your diet. These include: soft drinks, bread, fruits and vegetables, dairy products. The scan it is better to do on an empty stomach, so for eight hours prior to the scheduled examination, it is recommended to refrain from eating. Bloating it is recommended to take carminative. The preparation is quite simple and does not require considerable patient effort.

Procedure multislice computed tomography does not cause the patient any discomfort and painful sensations. Before scanning, patients should remove all jewellery and metal objects, the presence of dentures they also recommended to remove from the mouth. The patient laid on the couch and fixed in position, often on the back. After this, the Desk goes in and starts scanning: daybed gradually moves in the horizontal plane, and the main part of the apparatus move in a spiral around the couch with the patient. The study does not take a lot of time – in most cases, 10-15 minutes. Medical staff at the time of the survey deleted in the next room, if necessary you can contact him via talkback, the built-in scanner.

READ  Where it is possible to do x-rays?

The use of radiopaque substances in the study increases the contrast of tissue that allows the differential diagnosis of the identified pathology. As a contrast substance is used on the basis of iodine – it is opaque to x-rays. A contrast agent is injected intravenously immediately before the start of the study with the help of auto-injector – the speed reference is controlled by a program built into the scanner. The contrast helps in the diagnosis:

In the case where the multi-spiral computed tomography is not possible due to various reasons, it is possible to study by other methods: 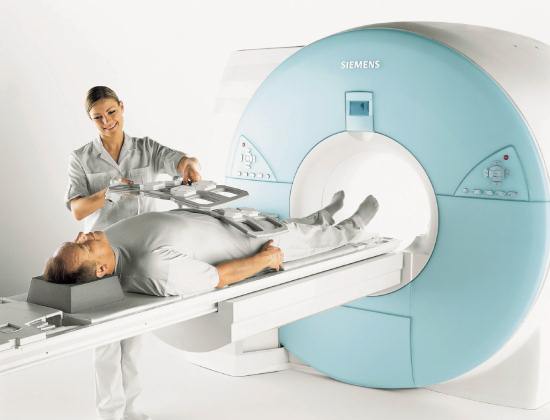 During pregnancy it is desirable to conduct MSCT, despite the fact that the radiation level is much lower. This is due to the fact that ionizing radiation contributes to the development of abnormalities, so before the study, women are recommended to verify the absence of pregnancy.

READ  When can I bathe after laparoscopy?

When choosing a method should be precisely defined with the goal – if the necessary security and informativeness, it is preferable to do an MRI. MSCT and magnetic resonance imaging give approximately the same result, but MRI is much more expensive. During pregnancy it is better to give preference to MRI.