The beginning of the 21st century was marked by the revival of interest of doctors to CT, mainly because of the creation of the spiral and multislice computed tomography, which opened up new possibilities in the diagnosis. Classification of CT continues to grow by improving existing scanners. The emergence of CT angiography, virtual colonoscopy, CT perfusion, three-dimensional reconstruction of destroyed the previous approaches to the diagnosis of many diseases. The current generation of scanners heralded the transition from multiresidue to bulk (or as it is sometimes called volumetric) imaging. 70-XX years of the last century, conducted worldwide tomographic surveys has grown to half a million. In some European clinics is about two hundred thousand tomographic studies per year, for each MRI scanner at the same time have 4 to 8 thousand procedures. Pretty impressive, isn’t it? 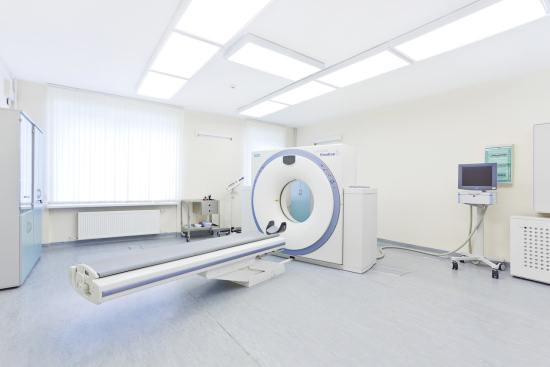 The first apparatus for conducting x-ray tomography was developed in 1971 and was intended only for scanning heads. Today, the classification has four generations of CT scanners and the improvement of the method is still ongoing, as evidenced by the appearance of spiral CT (spiral CT) and MSCT (multislice computed tomography). 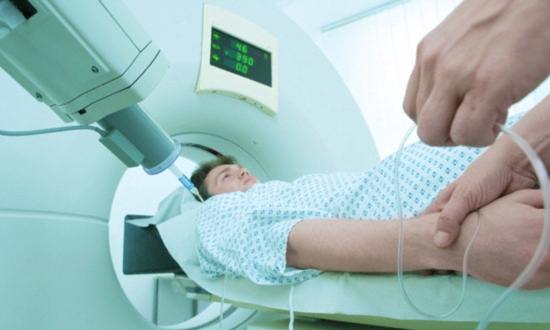 Operation of the SKT without special contrast media, reinforcing «the image» significantly reduces the diagnostic informativeness of the study. Contrast agents are used to improve the differentiation of the intestinal loops during imaging of the abdomen, especially in slim patients.

Used ionic iodinated medications that when rapid intravenous often caused adverse reactions. In the early 90s, almost all clinics switched to the nonionic contrast agents, which are introduced by a special technique – bolus. The transition to nonionic drugs significantly reduced the number of adverse events.

CT with contrast is performed in 50% of cases using computed tomography, and in some clinics up to 65%. Many experts consider it inappropriate to conduct a spiral CT without contrast agents.

The risks of complications when using the CT scan

Modern computed tomography safe type of research that do not have absolute contraindications. Fears about radiation are unfounded: radiation exposure from CT scan is comparable to other x-ray studies (of 4 to 8 mSv). For medical CT can be used repeatedly during the year. Multislice computed tomography is painless and in most cases no preparation is needed.

Adverse reactions to contrast media are more likely to develop in predisposed individuals: patients with bronchial asthma or allergic to iodine. In this case, can be carried out allergological tests. A contraindication to the use of CT for these patients is a history of moderate and severe allergic reactions to previous treatments.

Relative contraindications to MSCT are almost always associated with allergies to contrast material and radiation exposure. Pregnant women and children CT scan is performed on strict indications only in the absence of a more secure method. Growing body and immature fruit are more sensitive to ionizing radiation than a healthy adult. 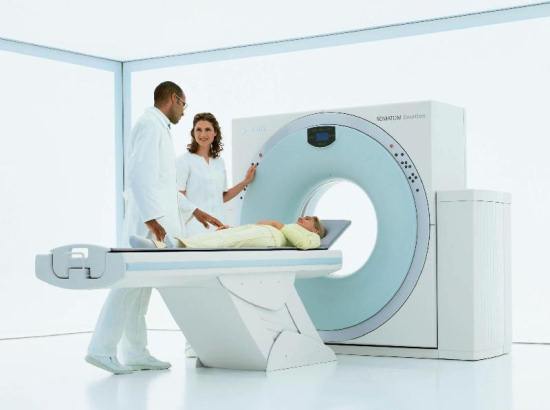 The advantages of CT over other methods leave no doubt. This method opened up new possibilities in the diagnosis, reducing the need for invasive studies, which are difficult to tolerated by patients. CT often requires no preparation and is easily tolerated by patients. Preparation before the examination with contrast is only to limit food intake for a couple of hours before the meeting. MSCT universal in its use, it is used for screening and for clarifying studies. High speed survey on MSCT particularly important for children, patients with trauma and acute conditions, on artificial lung ventilation. In addition, the method allows to quickly explore the whole body, which is valuable primarily for the staging of tumors and evaluation of patency of the main vessels. As MRI, MSCT, a lot depends on the human factor and is a standardized procedure. And, like magnetic resonance imaging, allows you to build three-dimensional images. Compared to MRI, CT has the best throughput of equipment, which can inspect a larger number of patients. The emergence of imaging gave the prerequisites for early diagnosis and planning treatment of disease with maximum preservation of quality of life of the patient.

MSCT deeper introduced into clinical practice, becoming a standardized study. SKT combines the advantages of other methods, without possessing their disadvantages. The possibility of imaging, of course, not limitless, but its potential is that soon she will replace the most time-consuming invasive methods.