Examination of the abdominal cavity using x-ray radiation is one of the most informative and popular until now, methods of research, despite the advent of ultrasound, CT and MRI. An advantage of this method is speed, cheapness and relatively low radiation exposure. 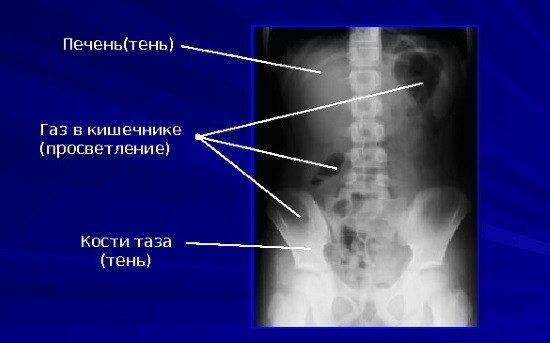 Plain radiography of the abdomen is 150 times safer to humans than, for example, fluoroscopy of the stomach. That is why this research methodology is applied in almost every hospital where there is a gastroenterology Department, and abdominal surgeons do not think of history without a few of the review radiographs of the abdomen, performed in the dynamics. 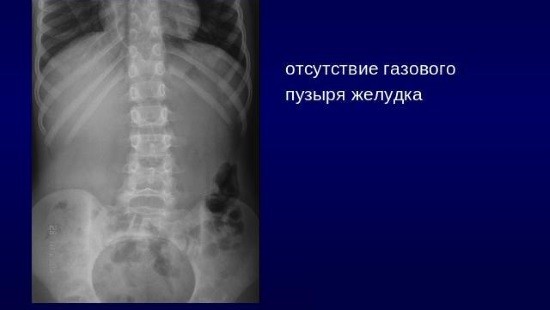 After all, in this study as x-ray radiography of the abdominal cavity, it is necessary not just to explore a large number of layer these areas using each other’s shadows of hollow organs (stomach, intestine), from hollow organs containing fluid, gas bubbles. In addition, what this study shows?

Review of x-rays allows us to see the liver and pancreas, organs that lie retroperitoneal – kidneys and adrenal glands. Veiled shadows from large blood vessels, especially if they contain calcification, and the middle line is the shadow of the spine. And to understand this picture only professional, therefore, particularly when this examination is important to observe a strict principle of diagnostic algorithms.

The volume of testimony is extremely broad. This dynamic disturbances in the passage of a suspension of barium diagnosis of intestinal obstruction, malignant neoplasms of the stomach and intestines, cicatricial stenosis of the esophagus when it burns. In gastric cancer, this type of study are likely even to install an advanced type of the tumor (plaque, mushroom-shaped, polypoid, diffuse and other types of cancer). 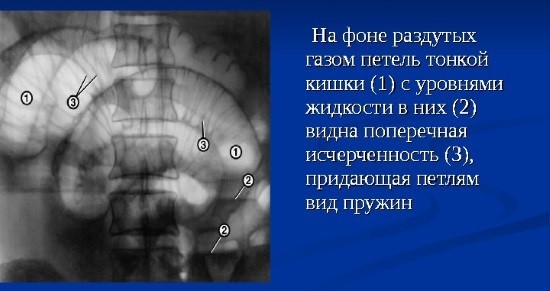 The research is conducted in emergency surgery for pathological study of the relief of the mucous membrane (for example, illness, menetrie) and the syndrome of stenosis of the alimentary canal throughout its length. Helps a study to determine the level of destruction when the foreign body of the esophagus and stomach.

Also used x-ray method of examination of the abdominal cavity in the dynamic diagnosis of gastric ulcer and 12 duodenal ulcer with gastroesophageal reflux, cardiospasm and other diseases.

Radiographic method of research helps to identify changes of the mucosa in gastritis, ulcerative colitis, cancer of the large and small intestines, hemangiomas.

Cheapness and rapidity of the method allows its use as a screening, prior to appointment, e.g., MRI.

Contraindications to study almost non-existent, except for the first trimester of pregnancy and continuing esophageal or gastric bleeding.

Even in the extremely difficult position of the patient can be put on second to determine the horizontal level of liquid in the swollen and paretic bowel loops, the so-called «bowl kloybera», pathognomonic symptom of intestinal obstruction. 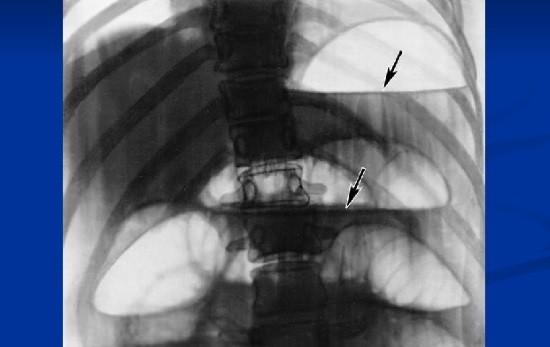 There are several methods of research. So, in the study of the organs of the alimentary canal preparation involves the insertion of a barium suspension, which may be given orally or retrograde, by filling a barium suspension of the colon during the barium enema.

Oral (through the mouth), a fasting patient is administered a barium sulfate. It is known that after 9-10 hours the barium moves up the ascending colon, and the next day – to the rectum.

READ  How often and how many times can you do an x-ray?

In turn, before the barium enema, the patient is asked to observe uncindery diet for 2-3 days, before he is given a castor oil and perform a cleansing enema.

Doctors depending on the need to appoint a series of shots. Review x-ray study of the abdomen can be performed without the introduction of the barium contrast.

Currently, for the study of liver and pancreas such a study as an x-ray of the abdominal cavity, almost never used, because there are MRI, CT and ultrasound techniques.

Earlier it was used by radioisotope scintigraphy, but now it is almost not performed.

Of the methods of preparation of the patient remains, perhaps, the appointment in the evening-soluble contrast medium to absorbed into the bile and contrasted the bubble when holetsistografii.

Problems in the decoding and interpretation

We will not describe in detail all radiological symptoms and syndromes of defeat of the intestine, stomach and esophagus. It is known that the algorithms directory the defeat of the digestive organs in x-ray diagnosis in colorectal and abdominal surgery and diseases of other organs with dozens and hundreds of volumes.

Show only the basic, common data that form the basis for the formulation of the visual diagnosis. For example, in the study of diseases of the digestive channel, that is, the tube through which passes a suspension of barium, it is possible to a number of syndromes: 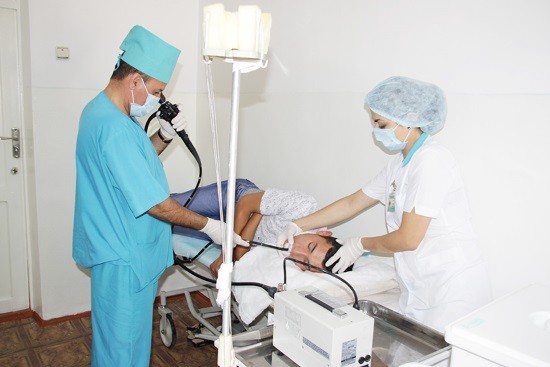 In conclusion, we can say that such a study as radiography (review) of the abdominal cavity may, in some cases, eliminate the need for such energy intensive and expensive studies like CT and magnetic resonance imaging, and immediately begin treatment of the patient.