Radiography of the larynx – which may show?

To date, medicine offers many methods of imaging internal organs. Most often used ultrasound, radiology, magnetic resonance. Despite the fact that radiography is not the most informative method of examination, it does not lose its relevance. X-rays of the larynx is performed to those patients who cannot conduct a direct examination of this body – laryngoscopy. What can be seen on radiographs of the larynx? What are the indications for the study? How is the procedure? Let’s try to answer these questions. 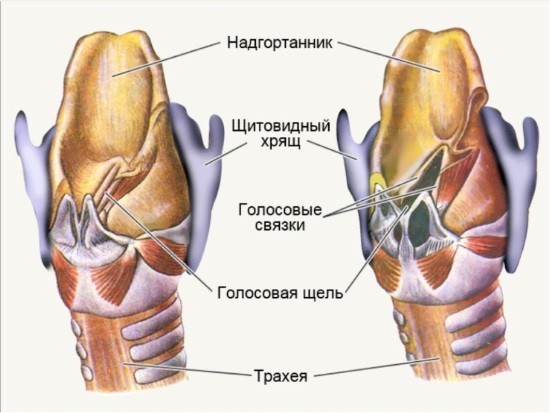 The technique of the

Radiography gortanno region is carried out in two projections, frontal and lateral. Video projection can be front and rear. According to the testimony used rentgenoterapii – study, in which only the larynx is visualized. 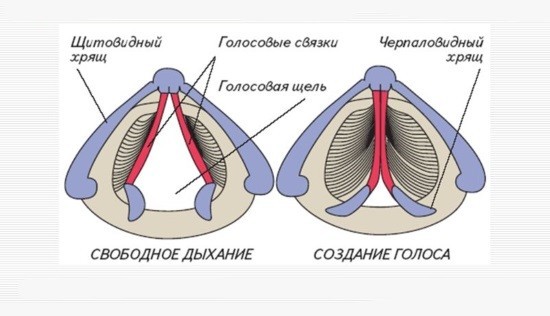 On radiographs of the larynx in the lateral projection, you can see a number of anatomical structures. This is the root of the tongue, large horns and body of the hyoid bone, epiglottis vallecula, epiglottic-arytenoid ligament, the epiglottis, the eve of the larynx, the ventricles of Morgagni, the vocal cords, ventricular folds. Also visible are the pharynx, which is located behind the larynx.

With the help of x-rays of the larynx, the doctor can assess the condition of the lumen of the larynx in General and of the glottis in particular, trachea, pharynx, movement of vocal cords, epiglottis, base of the tongue. Cartilage poorly reflect the x-rays, therefore, only become visible after calcification. Before the calcium starts to Deposit in the thyroid cartilage. This happens in about 15-18 years. Then changes occur in the cricoid and arytenoid cartilages. Upon reaching 70-80 years of cartilaginous structures obyzvestvleniya completely. Using the method of x-ray diagnosed different displacement body, its deformation and contraction. Visible foreign bodies, benign and malignant tumors, cysts.

As already mentioned, x-rays of the larynx should be done in those situations when you run the direct x-rays impossible. This is useful in such situations: 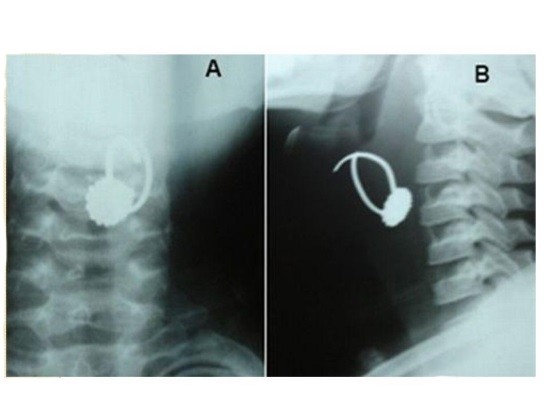 Absolute contraindications to performing radiography of the larynx is not. Pregnant women can be performed only in those situations where other research methods available, and the expected benefit clearly prevails over potential risk. Thus it is necessary to use protective means, in particular, a lead apron that is worn on the back or stomach. This helps protect the fetus from the adverse effects of x-ray beams.

Analogues of the method

Radiography of this area of the respiratory system – not applicable to the highly informative methods of diagnostics. This is because on the x-ray shadows created by the different anatomical structures are superimposed on each other. This can hinder the recognition of certain objects.

It is also a radiological method which allows to obtain cross-sectional image of the internal organs. It is used to get images with high image quality. With the help of digital processing to obtain three-dimensional image of the organ. This gives the opportunity to compare the size and shape of all its parts among themselves.

READ  Renal ultrasound during pregnancy: is it possible?

Another highly informative diagnostic method – magnetic resonance diagnostics. It is based on the ability of hydrogen nuclei to change their orientation under the influence of a magnetic field. The process is accompanied by release of certain amount of energy. It registers the analysing system. On the basis of received data construct the image. Using MRI it is possible to estimate the size and the shape of the body, its relationship with neighbouring structures. The method is so accurate that allows to diagnose the disease at an early stage of development. Sighting study is used in cases when you need more details to consider a lot. According to the testimony used contrast-enhanced MRI.

The choice of diagnostic method depends on many factors. First and foremost, it is the severity of the patient’s transportability, available technical capabilities. The final decision on the application of a method can only accept an attending. He can evaluate all factors in the complex and to recommend the research that will give the most information with minimal chance of side effects.