Ultrasound at 3 weeks pregnant: how and when do?

Ultrasound diagnostics relatively recently came to medicine, but immediately took it the most important place. Inexpensive and highly informative method is popular in many areas of medicine, including obstetrics and gynecology. Using ultrasound it is possible to make early diagnostics of development of pathological process, presence of tumors, and more. In addition, ultrasound is one of the gold standards of diagnostics of pregnancy.

The most reliable methods to confirm a pregnancy at the initial time are defined in the blood test of HCG hormone and the discovery of the ovum in the uterus using ultrasound. In little time you can identify the condition threatening the mother or the unborn baby, such as ectopic or missed abortion, molar pregnancy.

With early diagnosis it is possible to know the exact time, which is important for further monitoring and planning pregnancy. There are three obligatory ultrasound in different periods of pregnancy: weeks 10-15, 18-22 week 30-33 week. Depending on the course of pregnancy, the health of the mother and child can undergo additional sessions of ultrasound and other options examination. The first weeks a woman may not yet know about the pregnancy. At a delay menstruation for two or three day period of pregnancy can vary from one to three weeks. Early diagnosis is resorted to, not all women. So before they turn to the expert if, for example, have been planning conception and take care of their health. Another reason is the emergence of pathological symptoms developed suddenly and for no apparent reason.

Whether ultrasound is harmful to the fetus? Is this harmful study debatable, in the early stages, doctors do not recommend any intervention in the body of the pregnant woman, including an ultrasound. But in some cases only with a timely diagnosis it is possible to identify the dangerous disease of attachment of the fetus that may threaten the lives and reproductive health of the mother (cervical, cervical, tubal pregnancy). 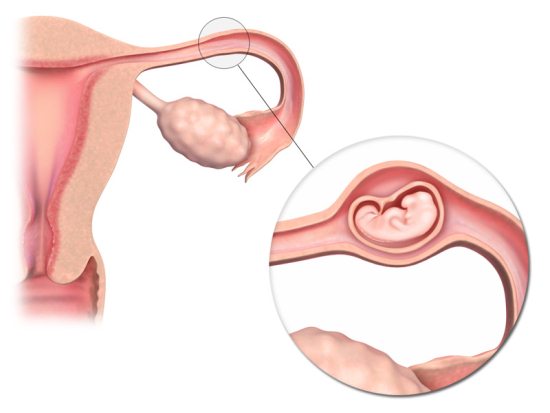 Options and methods for ultrasonography in the third week

There are two methods of conducting gynecological ultrasound. The choice of method depends on the health of women, presence of any diseases (vaginitis, venereal disease, etc.) that hinder transvaginal sonography.

Transabdominal examination – when the sensor is placed on the abdomen and the ultrasound passes through its front wall. This option requires special training, because the examination with a full bladder. A few days before the ultrasound scan should abandon products stimulating increased flatulence (beans, grapes, bread, etc.). About an hour before the procedure, the woman needs to drink about two liters of water and not urinate because of the need for tight filling of the bladder. Research can be done in the supine position, the woman is asked to bend the knees to relax the abdominal wall, sensor is placed over the pubic symphysis and visualizing the uterus with appendages.

Transvaginal examination when the sensor is inserted into the vagina. For this type of ultrasound do not need special training. Visualization of the uterus and appendages with this method better than with the transabdominal, but informative methods is no different. 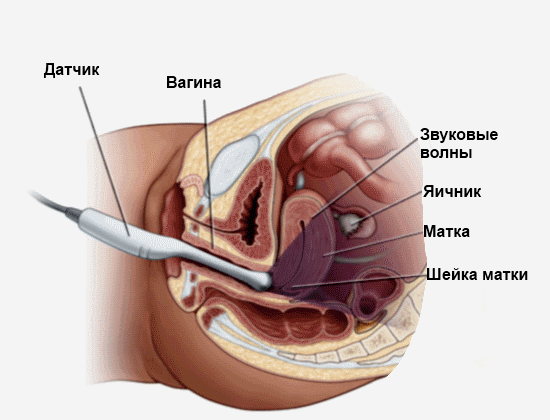 In the last weeks of pregnancy if necessary, you can make additional instrumental studies, which in early pregnancy harmful to the fetus. Such practices include x-ray, CT.

Signs of normal development of the ovum in the third week of pregnancy is considered to be thickening of the mucous membrane of the uterus (endometrial hyperplasia) and increased blood flow in the area of the corpus luteum. Assessment of vascularity do with color Doppler mapping. The hormones secreted by the yellow body, ensure the normal formation of the placenta, increasing the supply of nutrients in the endometrium and normalizing the muscle tone of the uterus.

Ectopic pregnancy implantation of the embryo occurs outside the uterus. Most often it is localized in the fallopian tubes, more rarely in the ovaries and the abdomen. Clinically in the third week may be no different from normal pregnancy. Suspected ectopic pregnancy can if a positive test result, delayed menstruation, appearance of pain in the stomach and metrorrhagia. To confirm the diagnosis in the medical institution made an analysis on the level of HCG. If it exceeds 160 Miu/ml (actual for first three weeks), and the ultrasound gestational SAC in the uterine cavity are detected, the diagnosis leaves no doubt.

Distinguish complete and incomplete molar pregnancy. Full skid occurs when a fertilized egg has no chromosomes, and incomplete when fertilization of an egg by multiple sperm. Generates a large amount of HCG that promotes luteal cystic ovaries. In some cases, there can be malignant transformation and metastasis, then you need to do chemotherapy. On ultrasound, a molar pregnancy looks like a finely homogeneous fabric, which is compared with a snow storm. In the ovaries to detect cysts larger than 6 cm.

In the third week yellow body actively produces hormones, so increased blood flow around it is very important. Weak blood circulation and improve muscle tone of the uterus the main causes of miscarriage in early pregnancy (third to fifth week).

In conclusion, we can say that an ultrasound at this time is the «gold standard» diagnostic pathology of attachment of the ovum and the further development of the embryo.