Diagnosis of fibroids, the determination of its localization and size, identifying polyps or endometrial hyperplasia – this is not a complete list of features of the ultrasound examination. The data obtained will help the doctor not only to clarify or differentiate the preliminary diagnosis and to appoint treatment.

This method is highly informative and accurate, safe, has a wide distribution, easy for the patient can be carried out repeatedly to monitor therapy.

The purpose of the ultrasound

Often uterine fibroids develops without symptoms. However, the doctor prescribes additional diagnostics if the following signs: 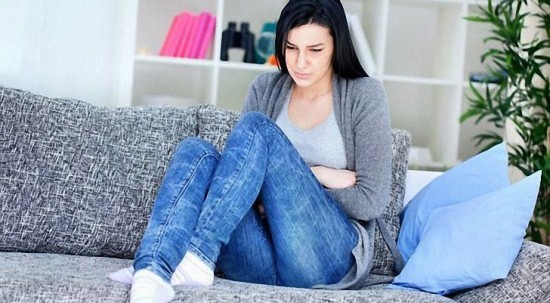 For ultrasound there are absolutely no contraindications. This procedure does not affect the integrity of the skin, needs no preliminary introduction into the body of drugs or chemicals not associated with aggressive radiotherapy. However, there are some special cases of constraints.

Abdominal ultrasound is usually unhelpful if:

Contraindication for conducting transrectal study are: the inflammation of hemorrhoids, acute abscess, fistula and fissures of the rectum. 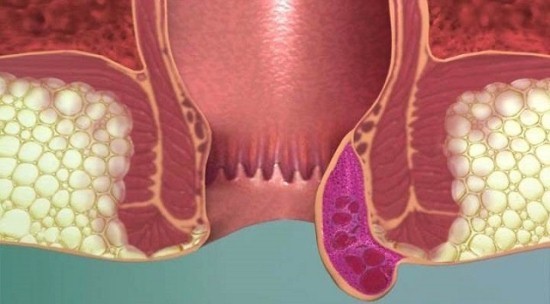 On the basis of moral principles, girls who have not started sexual life, do not do a transvaginal ultrasound, as it may damage the hymen.

The method for ultrasonography

For diagnostics we use two main techniques: echography and Doppler.

READ  Ultrasound of the heart in children 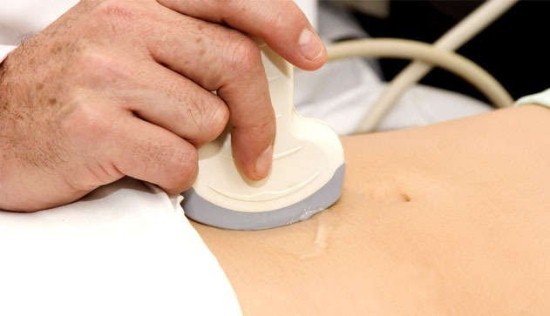 Transabdominal – through surface of the abdomen. The skin of the abdomen the doctor lubricates a special gel that presses the sensor, and leads them in different directions, observing the data on a computer monitor.

Transvaginally through the vagina. For vaginal sensor wear disposable condom, applied a small amount of gel and injected it into the vagina.

Virgins carried out only by transabdominal or transrectal through the rectum.

The sonogram gives an idea about the internal structure of the tumor, its contour, echogenicity and sound conductivity, shows the ratio of dense areas and inclusions cystic tumor. Three-dimensional sonography allows you to conduct a stratified analysis of the myometrium to accurately determine the number, structure and localization of myomatous nodes.

The growth of myomatous formations depends on their blood supply. Using Doppler sonography to determine the extent of vascularization – the formation of new blood vessels at the tumor periphery; mosaicism in blood flow – its presence or absence; the data rate of blood flow. Vessels on dopplerography shows how the spectral patches of different colors.

Preparations for the ultrasound

Transabdominal echography doing with a full bladder. On the day of the procedure, two hours before you should drink about half liters of liquid without gas, tea, water, juices. 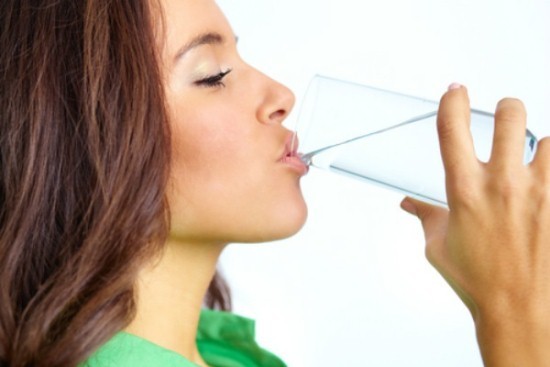 When transvaginal study, on the contrary, the bladder must be emptied, as otherwise it will put pressure on the pelvic organs, and distort the information.

The tendency to flatulence should:

The duration of the ultrasound

The size of fibroids varies during the menstrual cycle. The maximum value it reaches at the end, the day before the onset of menstruation. This is due to the action of the female hormone progesterone.

So what better day to do an ultrasound? Primary research can be conducted at any time, excluding days of menstruation. Then, to obtain adequate data twice – once at the end of the cycle and in its second phase. This will give the opportunity to trace changes in the tumor size during the cycle.

Interpreting the results of ultrasound

With the help of ultrasound determine the following parameters: shape, size, position of the uterus; endometrial thickness; the structure of the myometrium; show signs of fibroids and/or polyps. 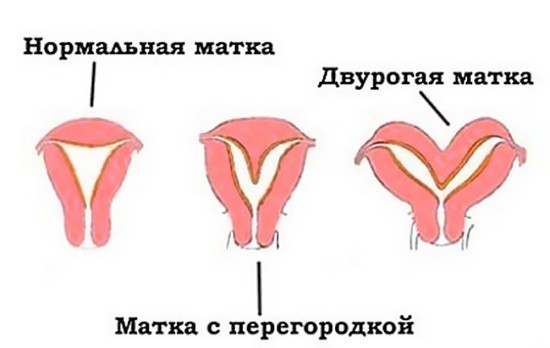 Uterus looks healthy on the ultrasound, like a pear-shaped body.

Its dimensions in women of childbearing age:

READ  Fever after laparoscopic surgery: could it be, what to do?

In the normal location the body of the uterus tilted forward, bottom forward and up, the vaginal portion drawn back and down, between the body and the neck of the formed obtuse angle. This provision on the conclusion of the ultrasound be referred to as anteversio/anteflexio.

When we see the designation of location as a lateroversio/lateroflexio or retroversio/retroflexio, then we can talk about it bend to the side or rear wall of the pelvis, which is a consequence of the disease.

The thickness of the endometrial M-echo 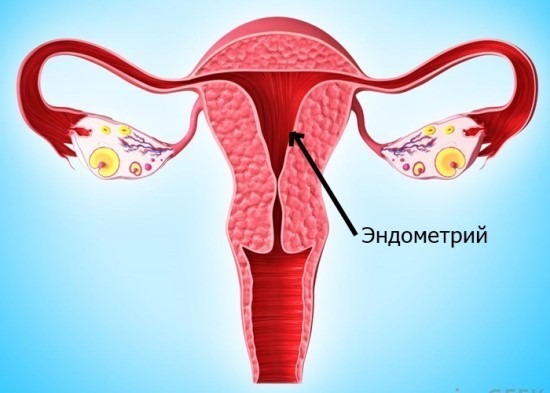 Endometrium – the mucous layer lining the uterine cavity. The homogeneity of the norm is constant.

In a healthy uterus, the thickness of the endometrium during the menstrual cycle gradually increases. The first day she is 1-4 mm, a few days before menses reaches its maximum in the 18-21 mm, and with the beginning of menstruation occurs rejection of the endometrium. By the beginning of the next cycle, he recovered, thanks to the regenerative properties. During menopause these changes are not happening and the layer of the endometrium normal does not exceed 5 mm. Determine the thickness of the inner layer, you can use M-echo.

M-echo mid echo ultrasonic signal showing the thickness and structure of the inner layer of the uterus. With a significant increase in and heterogeneity of structure M-echo diagnosed with endometrial hyperplasia (endometriosis). Hyperplasia – excessive the tumor tissue of the endometrium and the germination of them in the inner layer of the uterus, vagina, ovaries, peritoneum.

In the case of endometriosis is necessary to exclude cancer. Ultrasound of the endometrium better to do in the second phase of the cycle and, again, on the first day after it.

The structure of the myometrium

Myometrium – the middle muscular layer consisting of smooth muscle cells called myocytes. Coherent action of myocytes, their contractions during labor provide normal tribal activities. The homogeneity of the myometrium in normal the permanent. 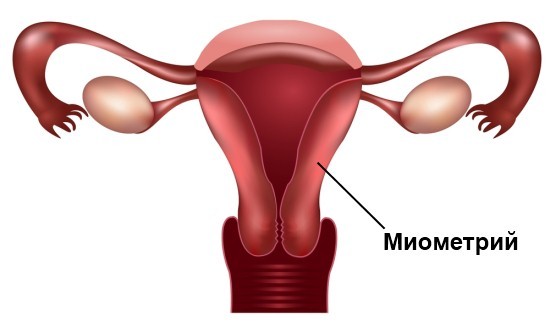 Uterine fibroids – a tumor that develops from cells of the myometrium. Is hormonal dependent. The risk factors for fibroids include:

Myoma is a randomly twisted bundles of myocytes. Can be simple and proliferating (fast growing). For proliferating characterized by increased vascularization.

The location of fibroids is intramural when they are in the thicker muscular wall, submucosal between the myometrium and the endometrial subserous – between the muscle wall and serous membrane.

Echogenicity is the ability of bodies to reflect the ultrasound. The reduced echogenicity is characteristic for liquid substances, for example, cysts. Increased for dense structures.

When in the uterus are found round education low echogenicity, deforming its contour, it is the main symptom of fibroids. Often in the cavity of such an education see hyperechogenic inclusions –calcification (deposits of calcium). On the computer screen they look like white dots on the dark background of the tumor. Modern ultrasound diagnostics allows to detect the tumor size of about 10 mm in diameter. They usually do not treat, and conduct dynamic monitoring of the development process.

During a routine examination of the endometrium, the doctor can detect polyps. This is a benign neoplasm composed of glandular cells and fibrous tissue. Polyps always have a «leg», which are attached to the uterine wall. The presence of a polyp is often a cause of infertility.

The polyp the higher echogenicity in comparison with myoma. On ultrasound it is seen as a brighter spot. However, note that the differential diagnosis of an endometrial polyp and submucosal fibroids on the basis of one ultrasound are not always reliable. Sometimes the doctor may want to confuse them, since in both cases there is deformation of the uterine cavity.

If you suspect polyps on the same day carried out hysterosonography in the uterus introduce sterile «saline» and examine her with ultrasound. The detection of a polyp showing its surgical removal. 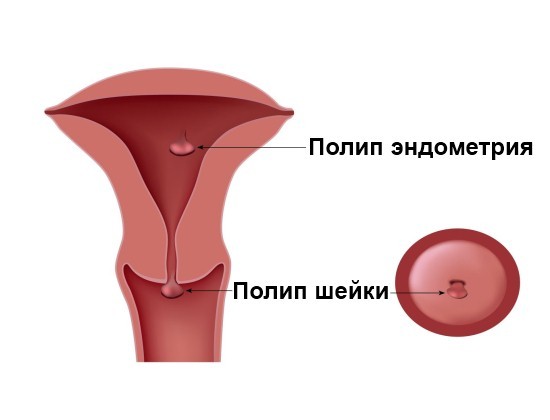 Is it possible to confuse fibroids with pregnancy? Yes, in the early stages of pregnancy is very difficult to distinguish from fibroids, and it really can confuse. But if a physician has the slightest doubt about it, he would send a patient test HCG — blood human chorionic gonadotropin. HCG is a special hormone secreted by the body of a woman with 5-6 days of pregnancy, with the number doubling every two days. When fibroids this hormone in the blood is missing.