Ultrasound of the male organs: scrotum and testes

Stronger sex, usually shy to look weak, so the health problems of the reproductive system have raised worries and fears among men. Treat male sexual organs doctors urologists and andrologists. In the diagnosis of diseases is often used ultrasound of the scrotum. 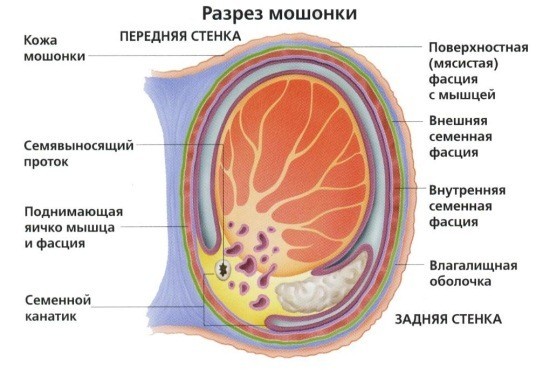 Ultrasound examination is painless, does not harm the erectile function of male sexual organs and does not cause changes in the composition and quality of sperm. Safety of the method allows to do it repeatedly if necessary.

Ultrasound of the scrotum does not require special training. Before the study, make the toilet area inspection, this is all in the preparation. In order to avoid pain during the procedure the patient, as training could shave the hair of the pubic and inguinal areas.

State agencies usually are asked to have a towel. In a private clinic doing research with disposable underwear.

The patient is in the supine position or on their side (if necessary). The doctor causes the area of the inspection with a special gel, allowing the passage of ultrasonic waves in the tissue. The gel has the right (warm) temperature to avoid reflex contraction of the muscular wall of the bag that impedes the inspection. After the procedure the gel is completely erased with a towel.

During the procedure a special sensor, the specialist presses down on the scrotum. Moving on the skin surface, the sensor on the monitor of the device projects images of the organ structure.

Ultrasound of the scrotum is completely painless, with the exception of acute inflammatory processes involving initially acute pain symptom. May be a slight pain when touching scalp inspect the region.

READ  What kind of doctor does EGD? 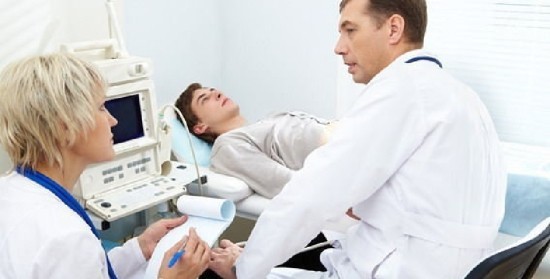 Diseases of the reproductive system in men, which can be seen on ultrasound

The testicles of the male fetus initially develops in the abdominal cavity, descending into the scrotum by birth. Uncommon developmental anomaly in which one or both glands are retained in the inguinal canal, a condition called Cryptorchidism. The disease is dangerous because the abnormal location of the gland, impaired spermatogenesis due to the higher temperature in the abdominal cavity.

The absence of the testicle in the scrotum will reveal ultrasound. Located in the inguinal canal of iron, as a rule, reduced in size, its contours are not clear, the appendage does not differentialsa.

A condition in which there is varicose change of vessels of the spermatic cord. Due to lack of blood supply may also change the formation of sperm. 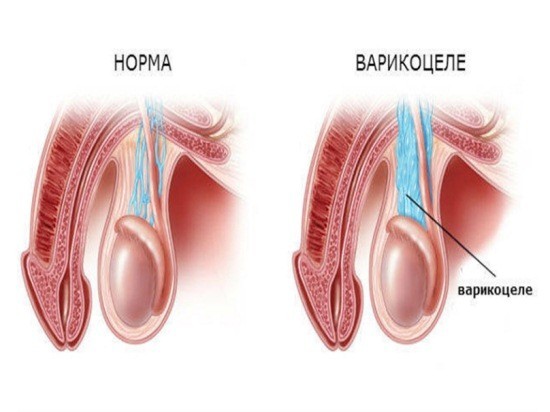 On ultrasound in the projection of the spermatic cord are determined by multiple tortuous tubular extensions of the vessel, with a diameter of three millimeters. According to the degree of severity of the changes in the blood vessels there are three stages of the disease. Significantly improves the diagnosis of varicocele Doppler.

Hydrocele (dropsy of the shells)

The disease is characterized by accumulation of fluid between the layers of the shells of eggs. It is a congenital pathology or develops on the background of inflammatory processes and injuries. On the background of compression of the gland tissue fluid, it develops atrophic processes.

READ  The radiation of x-rays to humans

The study determined the liquid shell offset of the testes, the glands can be reduced in size. If the liquid reaches the inguinal canal, the ultrasound can visualize the painting «hourglass» and multi-anechoic plots.

Cavity formation within the gland and its appendages. As a hydrocele may be congenital or develop after obliteration of the canal due to the inflammatory process or injury. Multiple cysts and cysts of large size can cause atrophy of the glandular tissue of the body.

Ultrasound of the scrotum defines a rounded abdominal education with a subtle contour in the parenchyma of the testicle. 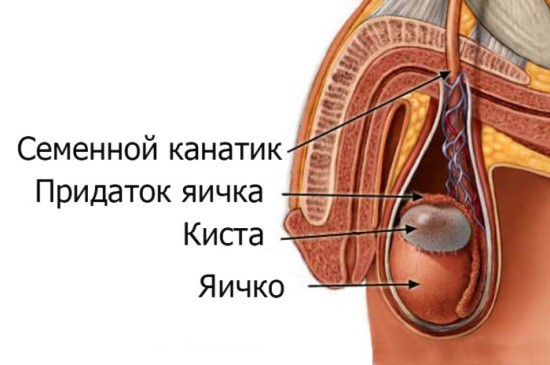 Often both are found together, as the organs are interrelated and closely positioned. The inflammatory process may be acute or chronic. Usually, both diseases are caused by infectious process.

In acute inflammation of the testicle and epididymis is enlarged, their structure is not visible on the ultrasound in the cavity of the scrotum may be rendered fluid (inflammatory exudate). Chronic process has a few specific characteristics: the testes may be enlarged and of normal and reduced size. Their structure is not clearly differentialsa. Due to the formation of clots in blood vessels, can be visualized foci of increased density, similar to a tumor. The contours of a gland rough, bumpy.

A malignant tumor in ultrasound of the scrotum appear as foci of increased density with irregular contours. As a rule, the process is one-sided.

Torsion of the testis 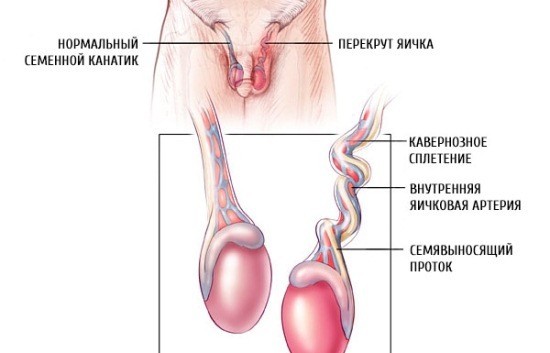 Pathological condition, which develops as a result of acute injury and is characterized by the rotation of the seed channel around its axis. The situation is acute and requires urgent surgical intervention.

READ  MRI of adrenal glands: indications, preparation of the holding

For diagnostics, use the Doppler, which allows to assess the condition of the vessels of the spermatic cord and the presence of inflection.

Despite the intimacy of the area of the scrotum, you should not delay going to the doctor at occurrence of unusual symptoms. Modern methods of examination will help to identify the problem quickly and painlessly, and early treatment will ensure the preservation of reproductive function for a long time.

You should not hesitate urologist. It should be remembered that the problems that lead to the specialist, all people, are localized in the same region.