X-ray for lung cancer: what does the radiograph?

By the end of 2015 in Russia were 3404237 people with cancer (2,32% of the population). Of them 133863 sick of ZNO (malignant neoplasms) respiratory (3.9% of the total number of patients dispensaries). Although lung cancer is the frequency of occurrence of inferior tumors at other sites (tumors of the breast, uterus, colon, haematopoietic system), the disease has not become less dangerous. 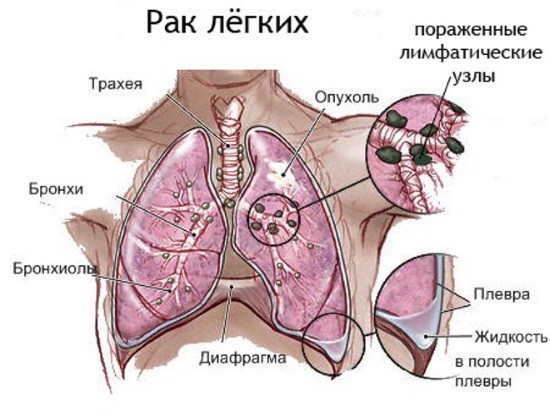 X-ray diagnostics – the most common method of detecting lung cancer, including early stages. But only x-ray studies, even informative (CT) is insufficient for diagnosis. Lung cancer (and other bodies) needs to be confirmed by results of histological examination. Therefore, the x-ray is mandatory, but not the only diagnostic procedure recommended for suspected lung EIT. However, in this article, we will discuss only radiographic. 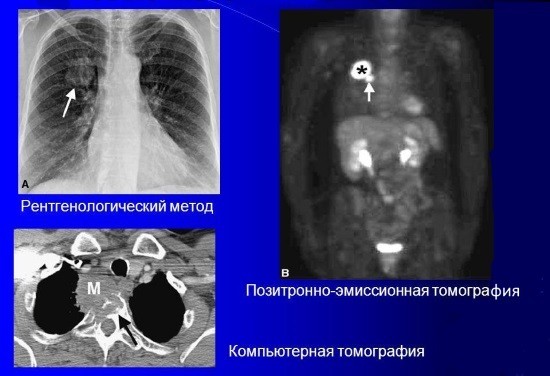 Thus, the x-ray is not the only method of research in lung cancer. Often it is complemented by other diagnostic techniques, primarily CT. Among the methods not related to irradiation, most important is endoscopy: bronchoscopy, thoracoscopy, mediastinoscopy. The role of ultrasound and MRI in the diagnosis of lung diseases is limited. Ultrasound is used for examination of the pleural cavity, structures of the chest wall, heart and great vessels. MRI is effective in the examination of the roots of the lungs, pleura, chest wall.

Lung cancer – pathology requiring the use of several diagnostic methods, including x-rays is used at the initial stage, but to confirm the diagnosis alone is not sufficient.

Radiograph allows to judge the condition of the bone structures, lung, pleura. The organs of the mediastinum (heart, esophagus) details to consider in conventional radiography can not. In the picture they look like the middle shade, which can only indirectly be judged on their condition. Radiography is a simple and informative method of diagnosis of pathological conditions of the respiratory system, has almost no contraindications, is well tolerated by patients. Radiation exposure is 0.03 and 0.3 mSv in the study on digital and film apparatus respectively.

READ  The third ultrasound during pregnancy: when, at what time?

X-ray of the lungs is assigned with detection of pathological changes on fluorogram; the presence of symptoms indicating diseases of the respiratory system (pneumonia, tuberculosis, abscess, pleural effusion, tumor); injuries to the chest; the suspicion of a foreign body. For lung cancer, radiography is among the obligatory studies. This procedure allows one to specify the localization and prevalence of process. For more detailed information, the study is generally completed by data of CT.

Radiography for suspected cancer runs in straight line and lateral projections in a standing position. To obtain high-quality picture with the chest and neck should be removed all the items: clothes, jewelry. Long hair should be collected in a bun at the nape. Any special preparations the study is not required. 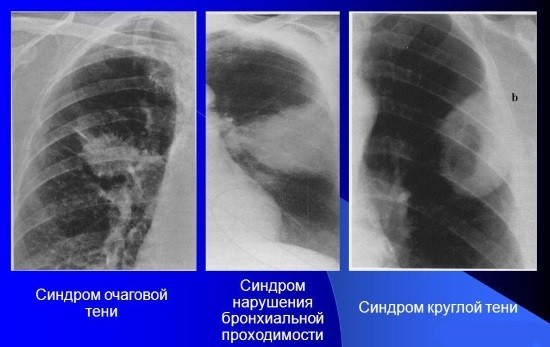 X-ray is contraindicated for pregnant women. However, in this case an exception. The research method is preferably in the third trimester. If you can not wait, the is done at an early time and in compliance with measures that protect the fetus from radiation.

Decoding of the result

How does the EIT of the lungs on x-ray:

READ  X-ray of stomach with barium: what shows training effects 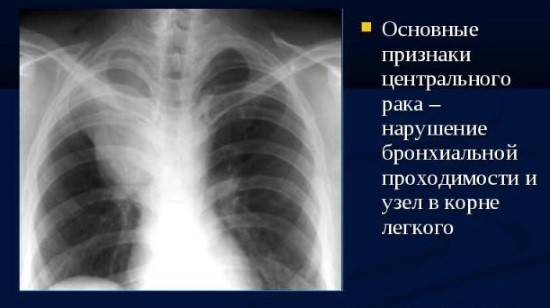 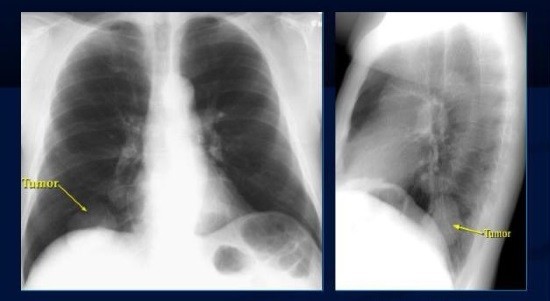 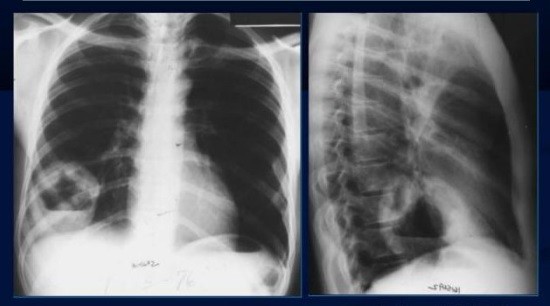 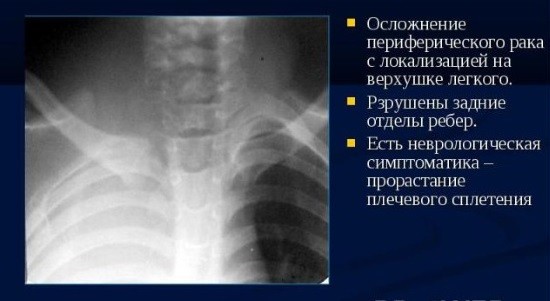 The signs of malignancy detected on the radiograph shadows are uneven contour, the presence of fibrous bands, the «path» to the root of the lung.

To clarify the diagnosis when x-ray signs of ZNO easy apply:

READ  Endosonography of the stomach: indications, preparation, conduct and results

CT sensitivity and specificity is superior to x-rays allows us to see difficult to see on plain x-ray structures of the mediastinum. However, radiation exposure with this method of diagnosis is higher, the average is 11 mSv for 1 procedure. During pregnancy, CT scan is absolutely contraindicated. 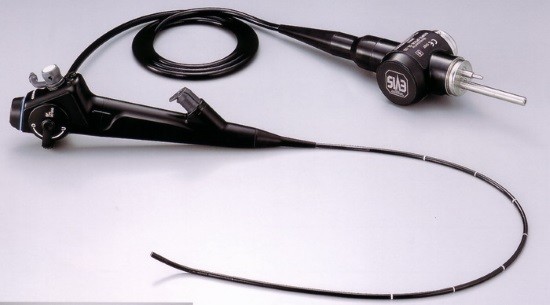 Histological research is necessary to confirm the diagnosis. Therefore, bronchoscopy with biopsy is always performed in cases of suspected Central cancer. Reliable signs of ZNO in this study are concentric narrowing of the bronchus with the rigidity of the walls, towering above the surface of the mucosa or infiltrates growths with a rough surface. To obtain material from the peripheral of the tumor by transthoracic puncture.