X-ray of the fallopian tubes (HSG) on permeability: indications, preparation

Violation of the fallopian tubes is one of the causes of infertility. The primary method of detecting this disease is HSG (hysterosalpingography). X-ray of the fallopian tubes with the probability of an 81.6-86.6 per cent reveals impaired patency of the latter, and also helps to diagnose intrauterine pathological processes.

However, an x-ray of the uterus cannot be considered as absolutely harmless and safe. This method shows, not all, require special training and can lead to unpleasant health effects. Do not forget about the harmful effects of ionizing radiation. To understand the advantages and disadvantages of the method, consider how doing an x-ray of the fallopian tubes and what are alternative methods of research.

What is GHA: technique and training

Conventional x-ray of the pelvis does not allow to consider the internal organs. For studies of the uterus and tubes it is necessary to fill them with a special substance, readily visualized on radiographs. Contrast injected through the cannula Schultz. The procedure of the GHA consumed usually 10-20 ml of the drug. The last is introduced in stages: first fills the uterus and is done for the evaluation of its condition, and then the pipe. Contrast harmless. It is absorbed into the blood stream and is excreted in the urine.

GHA can be done in the hospital and ambulatory. The procedure is quite unpleasant, but usually does not require General anesthesia. Although in some cases low pain threshold – have to resort to more serious methods of local anesthesia. The radiation dose when performing studies is 0.4 to 5.5 mGy.

Better to do GHA in the period when the probability of pregnancy is minimal, and the thickness of the mucous membrane of the uterus does not prevent the passage of contrast in the tube. The optimal timing of the research – the first 2 weeks after the completion of menstrual bleeding.

Properly executed training increases the information content and reduces the likelihood of undesirable consequences after the GHA.

Why the need for hysterosalpingography?

This study helps to identify a wide range of diseases of the uterus, as well as to assess the patency of the fallopian tubes. X-rays with the use of contrast allows to detect:

READ  MRI child under anesthesia: the need of anesthesia

Hysterosalpingography plays an important role for the assessment of tubal patency. Normal contrast filling the uterus and appendages, enters the abdominal cavity. If there is an obstacle signs of it spreading in the ampullar region of the tube no. 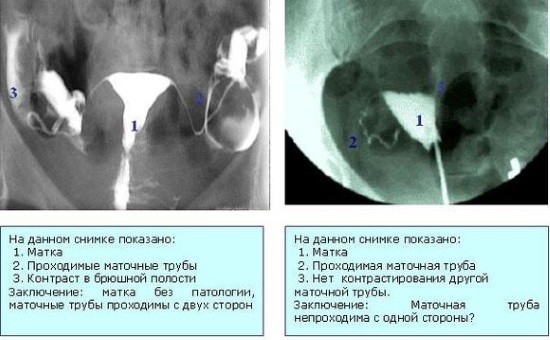 Looks like the delay of contrast on the radiograph:

The reasons for the delay of contrast in the tube, therefore, may be consequences of inflammation, certain infections (tuberculosis), adhesions in the pelvic cavity. The latter is often arise after the surgical intervention.

Hysterosalpingography is appointed not for every woman. The reason why the study should refrain include:

READ  Which is better: a colonoscopy or barium enema? 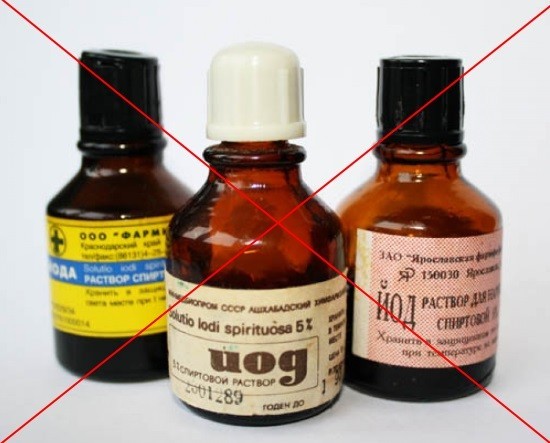 The HSG procedure can have unpleasant consequences:

After researching for 2-3 days you should not use tampons, douching to perform, take a bath, sauna, sex.

Discomfort and pain in the abdomen for hours after the procedure, scant mucous or bloody discharge from the genital tract within 2-3 days is normal. With persistent pain syndrome, fever, heavy bleeding, discharge, lasting more than 3 days, you should consult a doctor.

To determine the degree of patency of the fallopian tubes is possible not only by the GHA. There are ways not involving the use of ionizing radiation and use of iodinated contrast agents, which can cause allergic reactions. These include ultrasound, kinografika pertubate and laparoscopy. 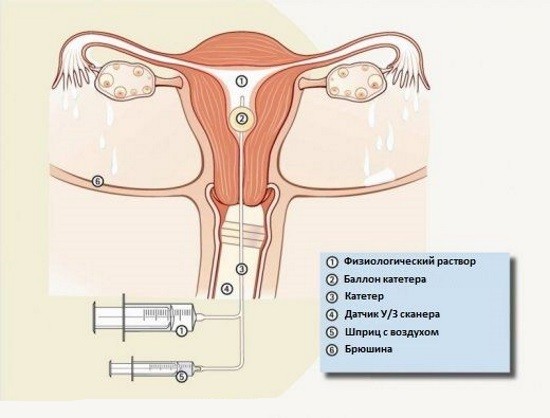 The ultrasonic method is one of the safest and most informative. In the study of the uterus ultrasound is used to evaluate its shape, thickness and structure of walls, identify pathological formation of blood clots, the exudate, to detect the accumulation of fluid in the pelvic cavity. The examination is painless and well tolerated by patients, allows you to quickly get the result.

For the diagnosis of abnormalities of the fallopian tubes normal ultrasound is uninformative. These education poorly visualized. To be considered, you must enter into the uterus of a sterile inert solution, playing the role of contrast (can use saline). This kind of ultrasound is called sonosalpingography.

Undesirable consequences of the research are minimal. May exacerbate inflammatory diseases of the genital organs, since the method is associated with the intrauterine administration of the solution. Perforation of the uterus or tubes with ultrasound usually does not occur. Used as a contrast saline solution does not cause allergic complications.

However, despite its many advantages, ultrasound has its drawbacks:

READ  EGD and FCC (fibrocolonoscopy) under anesthesia at the same time

Thus, ultrasound is the preferred method from the point of view of the patient (absence of complications, painless), but the accuracy of the result is inferior to the GHA.

Other options the study of the fallopian tubes 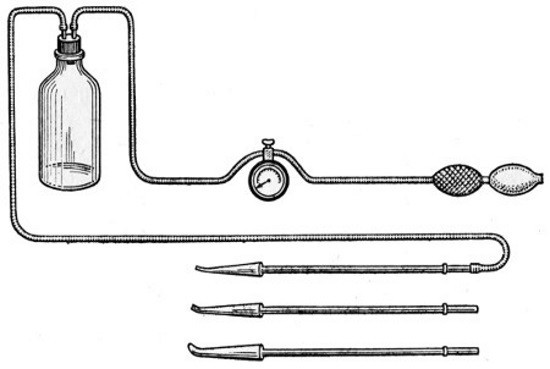 Kinografika pertubate – «blowing» of gas tubes to assess their patency. On a result judged by the emergence of objective (gurgling sound in the pelvis auscultation, change in gas pressure) and subjective symptoms (pain in the epigastric and infraclavicular areas). Informativity is low and is 67%. The disadvantages included the inability to assess anatomical characteristics of the pipes.

Laparoscopy is the most accurate method of diagnosis since it allows to directly examine the uterus and appendages. Device for the study injected through the puncture anterior abdominal wall or the incision of the posterior wall of the vagina (transvaginal hydrolaparoskopy). At the same time perform chromatopathia – introduction into the uterus of a colored liquid. Under normal patency of the tubes, she quickly turns in the abdomen. The doctor sees it with the help of introduced through a puncture diagnostic apparatus. Depending on how soon the liquid begins to flow out of the pipes, it is possible to judge the degree of patency of the latter. 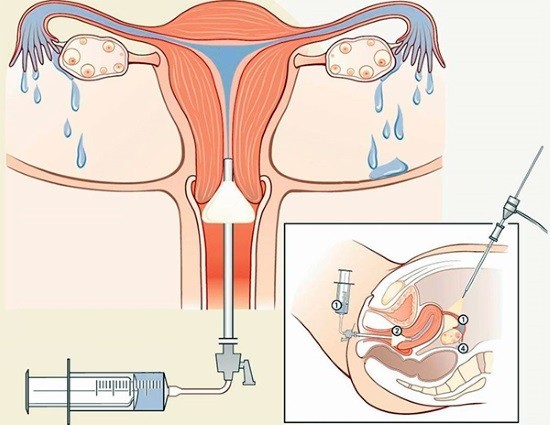 Laparoscopy is an operation requiring General anesthesia and hospitalization of the patient. Therefore this study, despite the advantages over indirect diagnostic methods (ultrasound, HSG, kinografika pertubate), is usually used after the exhaustion of the possibilities of the latter.