The term «mild heart attack» in medicine refers to a pathological condition in which a small part of the contractile cells of the myocardium for certain reasons dies and is replaced by connective tissue, which is not able to reduce that further affects the heart. This article describes the manifestations of this pathology and peculiarities of its clinical course in women.

Symptoms that indicate the possibility of the development of microinfarct

Upon detection of such complaints should immediately consult a doctor who will help to prevent the development of microinfarct.

The clinical course of mild heart attack among women

The classic for this disease is characterized by the following symptoms: 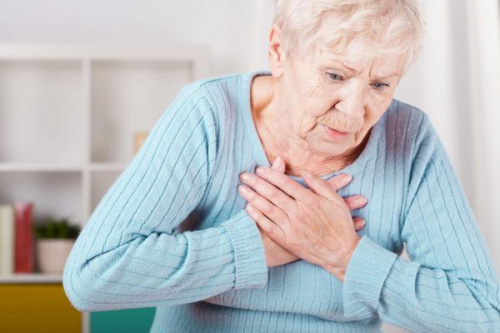 It is worth noting that among women, the spread of atypical versions of the microinfarct. They can worry about General weakness, fatigue, slight dizziness, mild tachycardia, and intermittent fever. Symptoms of mild heart attack is generally regarded as a sign of a cold, so patients do not seek medical help, which further gives a number of severe complications and difficult treatment.

Sometimes recorded asymptomatic disease. That woman suffered a small heart attack on legs, found randomly in the interpretation of electrocardiograms. The most frequent atypical forms of microinfarct:

How to confirm that the patient was having a mild heart attack? Since this pathology among women is characterized by a particular flow may have common clinical features with other diseases and to simulate the lesions of other organs, it is important to conduct several diagnostic procedures that will help in the correct diagnosis. As a rule, carry out the following tests:

It should be noted that in cases of initial development of small focal myocardial infarction, the prognosis is relatively favorable, because then the microinfarct is rarely complicated by circulatory failure. But without timely medical care have complex arrhythmias (e.g., ventricular fibrillation), which is dangerous for life. In addition, after the mild heart attack greatly increases the risk of extensive transmural necrosis of the myocardium, so the first occurrence of complaints, which may be suspected lesion of the heart with the death of its fibers, you should immediately consult a doctor.