Cardiomyopathy in adults: what is it?

Group processes noninflammatory nature in the heart muscle associated with metabolic disorders in cells, it is called «cardiomyopathy». This is a common disease, it often affects adults, regardless of sex under the influence of a significant number of reasons.

Pathogenesis (mechanism of development) cardiomyopathy, what is it?

The main function of the heart is to eject blood from the cavities into the vessels (pump function). This is achieved through the rhythmic contraction of miocardiotita (cardiac muscle cells). Permanent reduction of cardiomyocytes provides a significant basal metabolic rate (metabolism) and energy in them. Under the influence of various factors there is a violation of metabolism in the cells of the myocardium, which over time leads to the development of structural changes in them, disruption of contractility, which is the basis of the mechanism of development of cardiomyopathy.

Cardiomyopathy is a pathological condition with multiple causative factors. This means that it brings the impact of a significant number of various factors that cause the violation of metabolism in cardiomyocytes. Depending on the leading etiological factor that led to the development of the disease, distinguish several main types of cardiomyopathy: 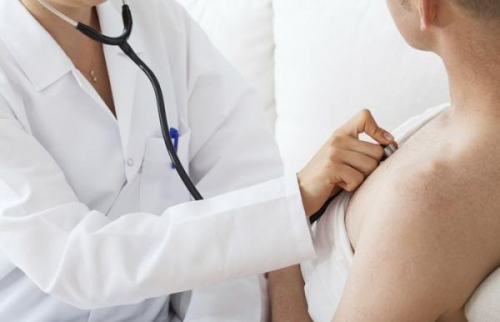 Also is allocated a primary and secondary form of cardiomyopathy. In primary cardiomyopathy pathological metabolic disorders in cardiomyocytes has been developing in newborns and has an innate origin. To establish a credible cause of disease is not identified (idiopathic cardiomyopathy). In secondary cardiomyopathy changes in the heart usually develop in adults after the impact of the etiological factors of the disease.

The basis of the clinical signs of cardiomyopathy is the appearance and increasing intensity of symptoms of heart failure, which include:

Also a violation of metabolism in cardiomyocytes may lead to the occurrence of pain in the heart area, which may have different nature (pinching, tingling) depending on the reasons for the development of the pathological state. The exact characteristics of the disease, the cause and extent of changes in the tissues of the heart are determined with additional research which includes ECG, echocardioscopy and other research methods.

The treatment of this disease holds the doctor-the cardiologist. It aims to eliminate exposure to the etiological factor, as well as restoring the metabolism of cardiomyocytes with the help of drugs – of cardioprotectors.