Creatinine in the blood is lowered: causes

Creatinine is a water – soluble organic compound that is a by-product of protein metabolism in the human body. It is excreted in the urine, so the determination of the level of this indicator in the blood is the main marker of the functional state of the kidneys and the metabolism of proteins in the body.

How is the creatinine?

Proteins are one of the main structural components of body tissues. The greatest number of these compounds is found in muscle tissue (primarily skeletal striated muscle). Proteins consist of amino acids comprising nitrogen atoms. Decomposition of protein molecules and amino acids is accompanied by formation of water-soluble nitrogen-containing organic compounds are creatinine, which is the end product of protein metabolism in the human body.

As it is a water-soluble organic compound, its excretion is by the kidneys. The change in the level of this compound is an indicator of metabolic proteins or the functional state of the urinary system. It is determined in the blood plasma in the process of its biochemical studies.

The level of creatinine in the blood is determined when carrying out biochemical studies. Its normal value ranges from 57 – 93 micromol to 1 liter of blood in women 80 – 115 µmol/l in men. In children, this figure is much lower and depends on the age and weight of the child. The higher the normal rate for men stems from the fact that their muscle mass is higher than in women. For the differential diagnosis of renal causes of changes in the level of this indicator is determining its concentration in the urine, which decreases in case of insufficiency of the urinary system.

READ  Leukemia is a struggle, not a sentence

Increasing the level product of protein breakdown in the blood is the result of two major groups of reasons.

Normally, the rate may be increased in people with large muscle mass (athletes), as well as excessive protein from food (large quantity of meat in the human diet).

The reasons for the decline

Decrease in creatinine is diagnostically valuable laboratory biochemical measure. This means that the creatinine in the blood is lowered due to the reduction of protein breakdown, which in most cases is not the result of a pathological process. There are several main factors in the decline of collapse of the structural connections of striated muscles: 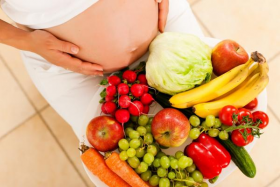 A low indicator may also be a result of the pathological decline in striated muscles of the human body, particularly in muscular dystrophy. There are several reasons for the development of such a pathological condition:

Reducing creatinine levels in these cases (except for hereditary, congenital muscular dystrophy) may be temporary, the recovery rate is possible with the increasing volume of striated skeletal muscles and increase motor activity.

The increases of creatinine is determined by more than the decrease in its concentration. When determining low levels of this compound in the blood necessarily conducted a comprehensive diagnosis to determine the reasons for such a state. Then, if necessary, the correction of the metabolism by increasing eating foods mainly of animal origin and increase of motor activity with the purpose of recruitment of muscle mass.