Diastolic dysfunction of the left ventricle: what is it?

We all know the phrase: «…and instead of heart the ardent motor». Also pretty sure the heart is compared to a pump, and in cardiology there is such a thing as «pumping function» of the myocardium. It is clear that the systole the left ventricle ejects a volume of blood into the aorta. A diastole is the period of relaxation (relaxation) of the ventricles. It was during the period of diastole filled with blood. The role of this period of the cycle of cardiac contraction is very significant: what is the diastole, so will be the subsequent systole. What are the signs of diastolic dysfunction exist in the left ventricle?

On the systole of the ventricles is known far more than on diastole. Despite more than 50 years, the study of diastole to move forward has proved difficult even with the use of modern techniques for the study and visualization of the myocardium. First of all, the formation of chronic heart failure of systolic function is important, and explored.

In addition, early diagnosis of diastolic dysfunction is complicated by the fact that it takes place entirely asymptomatic. At a later stage to join her systolic violation, which causes the patient to seek medical attention. However, during the development of the symptoms it diastolic dysfunction of the left ventricle causes the development of chronic heart failure in 35 – 40% of all patients. The difficulty also is that despite the obvious simplicity, among cardiologists, physiologists and pathophysiologists not determine what is diastole. «Household» the term that is the state of relaxation of the ventricles does not suit them. At least, diastole includes:

Already there are important reasons to in experimental physiology heart rate to introduce a new scientific discipline – dietologii. It talks about the importance of diastole. Diastolic dysfunction is a condition in which the muscle fibers of the myocardium can’t relax when it’s needed. This leads to an insufficient accumulation of blood in the left ventricular cavity and, consequently, to insufficient cardiac ejection into the aorta during systole. You need to understand that diastolic dysfunction affects both ventricles. There is no way that the right ventricle is working perfectly while the left was «lame». Soon violation of blood filling of the ventricles causes the overload of the Atria.

There are several types of the development of this disorder in patients: 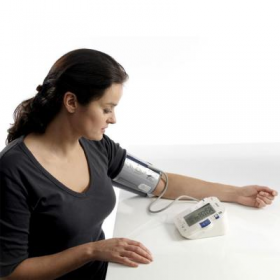 READ  What to do for hemorrhoids in order to avoid unpleasant consequences?

All of the above options lead to the violation of the contractility of the myocardium, that is, affect the blood circulation. The reason of the dysfunction may be fibrosis of the heart muscle, its total or focal hypertrophy, ischemia, in particular with the development of postinfarction cardiosclerosis. As a result of these processes increases the number of calcium ions in the miocardiotita and reduced reserve capacity of the heart muscle.

One of the diagnostics of this deviation from the norm is a heart ultrasound with an assessment of migrant domestic workers (transmitral diastolic flow). This thread is a quantitative indicator of blood entering the left ventricle through the mitral valve connects the left atrium with the left ventricle. In the mid-eighties of the last century it became clear that the evaluation of the spectrum of migrant domestic workers fairly accurately coincides with the severity of chronic heart failure that allows you to set various options of the prognosis of the disease.

In General, diastolic dysfunction and its performance is much better connected with the assessment of the degree of chronic heart failure than violations of systolic blood flow. It diastolic disorders and determine the severity of cardiac congestion, such as edema.

Treatment of such a breach is necessarily complex. Definitely need a prevention of arrhythmia – recovery rate during atrial fibrillation. In addition, the recommended drugs that slow the conduction of impulses from the Atria to the ventricles. This makes it easier to relax the Atria. Also shown is the intake of nitrates, diuretics (in order to eliminate edema and pulmonary congestion), as well as ACE inhibitors that relax the myocardium. If there is a preservation of systolic function, receiving cardiac glycosides are not permitted. In any case, the therapy of diastolic dysfunction is inseparable from the treatment of the underlying disease (arrhythmias, ischemic heart disease, other diseases of the cardiovascular system).

READ  Hydrocephalus: what it is, causes, photos