Diuretics (diuretics) called such medicines that act on the structural units of kidneys (nephrons) and improve urine output. They are prescribed for the treatment of edema syndrome, high intracranial pressure, and is used in treatment of cirrhosis, heart failure, hypertension, kidney disease. This article describes the most common groups of diuretic drugs, and identifies the most effective means of traditional medicine.

Depending on the origin, diuretics are divided into natural (e.g., decoctions of various herbs) and medicinal agents in the form of tablets or solutions for intravenous infusion, which can be divided into 3 large groups:

In addition, depending on the strength of the pharmacological action of diuretic drugs are:

Features of the use of diuretics

The most powerful diuretics is Mannitol, concentrated glucose and Glycerol. They are assigned only in solutions for infusion and is used only in acute conditions. Indications for the purpose of getting swelling of the brain against the background of the shock or the presence of tumors, pulmonary edema resulting from exposure to gasoline or embalming fluid and swelling in region of larynx. These medications are sometimes used in cases of poisoning by barbiturates and sulfonamides, in acute glaucoma and poisoning hemolytic poisons.

Under less hazardous conditions (e.g., swelling of the face) should consult a doctor who will help determine the etiology of their development. So, the reasons can be inflammation in the sinuses, allergic reactions to cosmetics, the banal lack of sleep or incorrectly compiled diet. In some cases, swelling of the face indicates problems with the kidneys and heart, endocrine or hormonal disorders that require proper correction. Any diuretic in such cases can reduce the intensity of the edema, however, effective treatment should act directly on the cause of the development of edema syndrome.

Swollen feet also, do not self-medicate. They can occur when wearing narrow shoes or high heels, excessive fluid intake before sleep, prolonged standing or as an indication of metabolic disorders, varicose veins, serious violations of the heart, thyroid, kidneys, which cannot be addressed isolated receiving diuretics.

Require special attention swelling during pregnancy that may indicate the development of preeclampsia. Unauthorized to take any pills or use methods of traditional medicine is strictly prohibited, as this may cause a violation of water-salt balance and the change in the acidity of the blood, which negatively affects the fetus and can have unpredictable consequences.

In cases of extreme necessity during pregnancy (only after consultation with your doctor!) take Kanefron. This medicine of vegetable origin, is assigned in the form of pills. In some cases, can be applied Vitalizing or Aminophylline, which has a mild diuretic action.

There are diuretic herbs that effectively help to rid the body of excess fluid and preventing the formation of edema. Use should be very carefully, taking into account contraindications (e.g. propensity to allergies, the age of 6, the presence of stones in the kidneys, potassium deficiency, etc.).

The most commonly used decoctions of leaves, cranberries, birch buds, juniper, parsley root, horsetail. Bearberry is another effective diuretic herb that has anti-inflammatory, disinfectant and anti-bacterial properties. Usually it is used for edema, which appear due to lesions of the heart and kidneys. 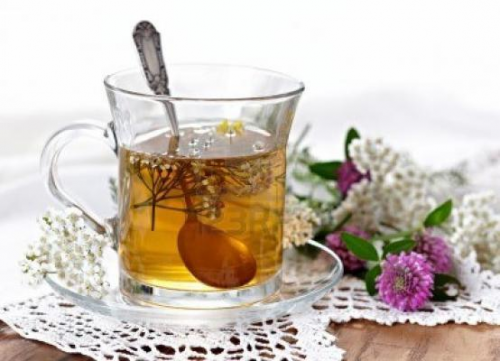 Often use special herbal preparations that effectively enhance diuresis and reduce edema, but it is worth remembering that it is not recommended to simultaneously apply more than five components. It is useful in diuretic collection to include mint, yarrow and nettle, as well as dill, sage, dandelion and hops. Diuretic effect of tea is chamomile, which not only increases the amount of urine, but also has a calming effect and positive effect on the digestive system.

The swelling helps the freshwater sponge, which are called concoctions. You should rinse it under running water, dry and store in a dark place. If necessary, it should be diluted with a small amount of water and the resulting mass is applied to the area of swelling.

It is important to remember that home treatment should be done under the supervision of a physician, as folk remedies help to eliminate swelling, but do not affect their cause.

In the treatment of edema syndrome is of great importance proper nutrition. You need to eat sufficient amounts of protein of animal origin. They are found in eggs, meat, dairy, and fish. Appropriate menu to include foods that high in potassium (apricots, rice and potatoes, parsley, orange juice). It is recommended to limit salt and the amount of liquid (no more than 1.5 l), and also to eliminate spicy and fried foods, canned foods, cheese, different sauces, alcohol and fatty desserts.

Useful to drink green tea, fresh juice of carrot, beet, celery, infusion of dried apricots and figs. You also need to eat watermelons because they contain potassium and a lot of liquids that provides their diuretic effect. A similar effect also have cucumbers.

Subject to the recommendations of the doctor, proper nutrition, elimination of precipitating factors and proper treatment of comorbidities swelling disappear pretty fast.