One of the most important biochemical parameters of blood level of the contained glucose, which split sugar that enter the body with food. Often observed the phenomenon when the level of glucose (sugar) in the blood rises above normal. Such States are caused by different reasons, the most dangerous of which is the beginning of developing diabetes.

Exceeding the normal concentration of glucose (or sugar) in the blood – a condition which in medicine is called hyperglycemia. Inside the body the sugar enters in the composition of the carbohydrates included in the food. In the body sugar is subjected to complex chemical processes involving the digestive, endocrine and neurohumoral systems. In the absence of pathological processes in the body, the blood glucose level is within normal values: between 3.3 mmol/l to 5.5 mmol/liter. Changes in the concentration of sugar is regulated by the hormone secreted by the pancreas – insulin.

Normal parameters are the same for men and women. With the exception for women is the state of pregnancy, when the upper limit of normal increases to 6.6 mmol/litre. When prenatal care obstetrician-gynecologists are always watching the fluctuations of blood sugar level in women, as high levels have a risk of developing gestational diabetes.

The increase in blood glucose caused by physiological causes

Temporary (transient) increase in sugar concentration may be caused by the following factors:

Transient hyperglycemia is a protect the body in extreme situations. It requires the correction of the General condition of the body, after which the glucose concentration is normalized independently. 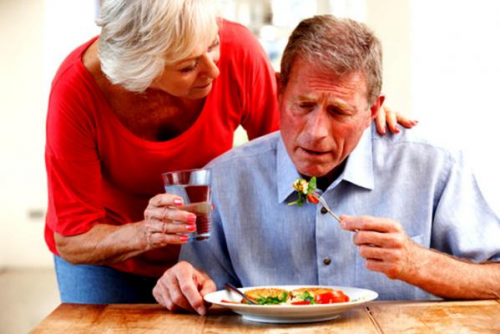 High blood glucose without the above reasons may indicate the development of diabetes. As the disease develops gradually, it is preceded by a condition called prediabetes, and symptoms may be high blood glucose on an empty stomach or violation of tolerance (resistance) to glucose.

For glucose tolerance test, blood is taken on an empty stomach, then the patient takes a glucose solution, and after 2 hours again blood sample. These figures compare the concentration remained the same, increased or decreased. Contraindication to glucose tolerance test is the rate at which sugar of 7 mmol/litre and above (a clear sign of diabetes) while taking medications that reduce the sensitivity of tissues to the action of the hormone insulin, as well as in acute inflammatory processes and other somatic diseases, when insulin sensitivity is also reduced. Indications for glucose tolerance test:

Prediabetes, as the name implies, is a precursor of diabetes. However, this condition is reversible, and in strict accordance with the recommendations of the endocrinologist the metabolism of carbohydrates in the body is normalized.

The symptoms of hyperglycemia

In the absence of treatment of pre-diabetes it can diabetes is a serious disease and requires lifelong treatment. In addition, diabetes mellitus is dangerous for its complications. To avoid this disease, should pay attention to several alarming symptoms indicating the hyperglycemic condition:

Disorders of carbohydrate metabolism, not adequately adjusted during pre-diabetes, and the violation of patient doctor’s recommendations can lead to the development of diabetes mellitus (DM). Clinical tests of blood confirming the presence of DM:

The sugar will inevitably appear in the urine, and the patient has at least a few symptoms of hyperglycemia. After a deeper examination (blood test for hemoglobin glycolytically) the doctor makes a diagnosis of diabetes. Treatment of illness is for life, the patient is put on dispensary registration. The question of the treatment decided by the doctor-endocrinologist. Some patients receive glucose-lowering medications, some need insulin injections (depending on the type of diabetes). With the disease of diabetes need a specialized diet and daily monitoring of glucose levels in the blood. It is important to note both increase and decrease in sugar levels.