Sugar (glucose) is the main carbohydrate «fuel» of the body. More than half of all energy that we receive for life, formed due to gradual oxidation of sugar. Hyperglycemia, or increased values of glucose (sugar) in the blood is a condition in which the flow of glucose in the blood exceeds its rate of utilization (spending). Sometimes the so-called physiological hyperglycemia in which the generation of sugar is a normal variant, for example, under stress. Is the normal state of hyperglycemia in pregnant women, and what does it say?

I should say immediately that elevated blood sugar pregnant is abnormal and dangerous (especially for fruit) condition. There is even a special name for this condition – namely, gestational diabetes mellitus.

What kind of disease is «gestational diabetes», and why it develops?

The term «gestation» means «pregnancy». Therefore, we are talking about diabetes developed in pregnancy. Typically, this is a condition in which during pregnancy is impaired glucose metabolism. It occurs every twentieth pregnant. Despite the fact that this disease disappears on its own after birth, it is a serious marker of disturbances in the mother’s body. In addition, even after the disappearance of high glucose levels the risk of getting a «real diabetes» a woman is significantly higher. Despite all modern achievements of medicine, every tenth child in the development of the future mother of the disease there is a risk never to see the light.

Gestational diabetes develops as a result of the emergence of reduced sensitivity to glucose of organs and tissues of the pregnant woman. To blame the change in the hormonal level, which is the producing factor and the presence of conditions that significantly increase this risk.

The increased blood sugar of a pregnant woman is most likely to occur when the following factors and conditions: 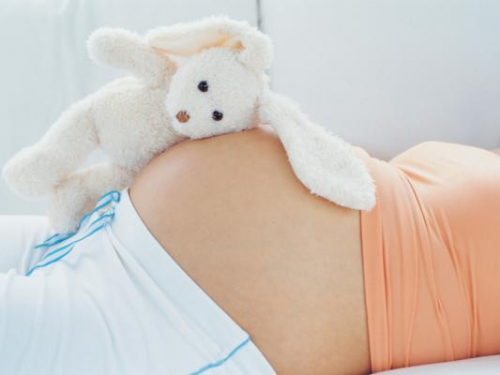 How is the disease?

If hyperglycemia is detected during pregnancy, it usually does not reach such high figures as in type 1 diabetes. Depending on the sugar level, the concentration ranges from 5.8 – 7.7 mmol/l in the first degree, up to 12 mmol/l with an average and 12.5 mmol/l in severe form. Pronounced symptoms of gestational diabetes are:

In severe microangiopathy occurs – the effect of high glucose on blood vessels of the retina, kidneys and myocardium.

How is gestational diabetes in different periods of pregnancy?

In the first trimester the patient feels well, blood sugar is low, sometimes it even crashes, and there are pre-existing hypoglycemic condition. Needless to say that it is extremely harmful to the embryo, because at this time he formed all the organs and tissues. The second trimester proceeds with a gradual increase in the concentration of blood sugar. Since the diagnosis is already clear, from an average of 20 weeks is required planned hospitalization for treatment and lower numbers of glucose. In the third trimester sugar greatly increased, and required to decide on the timing and methods of delivery.

As a rule, all children require a stay in the neonatal intensive care unit, due to the large risk of metabolic complications. Treatment of this condition occurs by all the rules of treatment, starting with diet, but with one exception: even with a minor illness denied taking the pills from diabetes, as they get into the blood of the unborn baby and cause great harm. Therefore, this disease is treated with insulin, the selection of which performs a gynecologist-endocrinologist.

Since gestational diabetes resolves on its own, the whole treatment is aimed at preserving the life and health of the future baby. So the woman is to be aware of and comply with all requirements of doctors.