Elevated monocytes in blood: what does this mean?

Monocytes – one of leukocytes. Leukocytes help defend the body against diseases and fight infections. Sometimes when conducting General analysis of blood leukocyte formula have increased the number of monocytes, which may indicate the presence of certain diseases.

The structure and functions of monocytes

The white blood cells consist of five different types of cells that are divided into two groups:

These five types of leukocytes are an integral part of the immune system, their functions differ. Monocytes are one big, smooth, bean-shaped nucleus in the center of the cell. They can change their form, depending on the needs of the immune system. The main function of monocytes is to help other white blood cells, eliminate waste or dead tissues, destroy cancer cells and direction of the immune system against invading foreign cells. Monocytes are produced in the bone marrow, then migrate into the bloodstream and then travel to various organs, including the spleen, lungs and liver. In these organs they ripen and change their form, becoming macrophages.

Monocytes play a versatile role in the immune system. They turn into macrophages when the body is invaded by viruses, bacteria, parasites or any other foreign particles. Macrophages consume them. They are also able to destroy infected cells by using special enzymes produced by them.

Once foreign particles enter the body, macrophages are preparing antigens which indicate that they are malicious. Once identified, the antigen, immune system produces antibodies against it. In the future, the identified pathogen or an antigen is coated with antibodies or complement system, after which they are easily recognised by macrophages, which destroy them through phagocytosis.

READ  Hemorrhoidal lumps can be removed without resorting to surgery

Phagocytosis is a direct absorption process, which uses enzymes of the macrophages. Antibodies are protein molecules which specifically bind to a specific antigen. The complement system is a type of blood proteins that play an important role in the inflammation process.

After phagocytosis, the remaining fragments of foreign substances can serve as antigens, which transmit monocytes, T-cells, which leads to a specific response of the immune system. It is also believed that macrophages play an important role in the formation of such important organs as the heart and brain.

From monocytes can also produce dendritic cells that process antigenic material and deliver it to the immune system. In contrast to macrophages, dendritic cells do not destroy foreign particles directly, and provide information about them T — and b-lymphocytes, which can destroy them in the future. These cells are small lymphocytes that provide specific response to pathological microorganisms and tumor cells. In the form of dendritic cells, monocytes act as part of acquired immunity in which the body protects against diseases of highly specialized cells.

Monocytes in the blood respond to signals of inflammation in the body and can quickly move them to the infected or damaged tissue, where are divided into macrophages and dendritic cells, which provide a further response of the immune system. Monocytes also produce cytokines, which are proteins that help other white blood cells (and other cells) to exchange information with each other. The names of cytokines, which are produced by monocytes – interleukin-1, interleukin-2 and tumor necrosis factor. When activated, monocytes produced cytokines promote inflammation and suppressed by suppressing the cells. 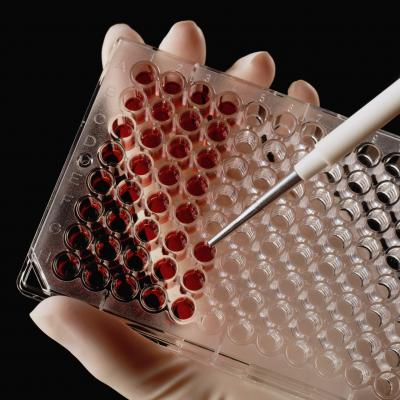 READ  Iliofemoral thrombosis - a violation of blood flow in the legs

What this means is elevated monocytes?

Among all circulating blood leukocytes, monocytes is 1 – 10%. That is, 1 microliter of blood contains 200 – 600 monocytes. The increase of their number above the norm is called monocytosis. In one study high content of monocytes was observed for 17 different reasons. Most of the diseases that became the reason why they observed an increased level, had an infectious origin. The study revealed the following causes of monocytosis:

It is also known that the levels of monocytes may be increased by:

In addition, during pregnancy in the first trimester develops absolute monocytosis, but with increasing gestational age, the number of monocytes is reduced.

Treatment of the increased level of monocytes

Monocytosis is actually a symptom of the presence of a disease. For its treatment it is important to determine the root cause for the increased number of monocytes. In the case of infectious diseases appointed drugs, generally have high efficiency. Malignant tumors require more intensive treatment, including radiation therapy, chemotherapy and surgery.