Encephalopathy mixed Genesis: what is it?

Encephalopathy (from the Greek. «ἐγκέφαλος» – the brain and «πάθος» suffering) is a vast, collective term that applies to definitions of most diseases of the brain, in which, as a rule, no symptoms of focal lesions. It is interpreted differently the definition has both its supporters (because of the simplicity of the diagnosis) and opponents, because it has no specific features that characterize a specific disease. For example, encephalopathy of mixed etiology (origin) – what is it?

This diagnosis is present as an incidental in most cases in the elderly, addressed the neurologist with complaints of «head». For example, the patient with long experience of hypertension exhibited the diagnosis of hypertensive encephalopathy.
The patient after a concussion, of meningitis, and also the result of years of alcohol abuse, exhibited the diagnosis of «encephalopathy of mixed origin».

What is the basis for the encephalopathy?

Unlike typical pathological processes that underlie the symptoms of focal (ischemia or hemorrhage in stroke, inflammation of the brain with encephalitis, etc.), based on lies encephalopathy degeneration of nervous tissue. This process is never instantaneous, but should take some time. For example, when high pressure develops hypertensive lesion that affects the person for a number of years.

Much less time is required for the development of toxic encephalopathy, which occurs, for example due to the use of alcohol substitutes. Sometimes missing a single episode, to result in massive neuronal death appeared severe neurological symptoms. Degeneration of the nervous tissue manifests itself in the form of the death of individual neurons, reduction of synapses between them and the deterioration of blood flow due to atherosclerosis of cerebral vessels.

But, as practice shows, degeneration and necrosis, i.e. the death of nerve cells when encephalopathy is not as noticeable as a large lesion in stroke. Because this process is scattered both in time and in space (throughout the cerebral cortex and white matter), according to MRI you can only see the flattening of the furrows and convolutions and reducing the thickness of the crust. This indirectly indicates a decrease in volume of the brain. In addition, you can never be sure that the cause of degeneration was the a particular and only factor (except toxic and hypoxic shape). Almost all causes of encephalopathy, especially in elderly – a complex, or mixed origin (post-traumatic, hypertensive and other forms).

It is known that the brain expresses a large number of different malosvyazannye between a symptoms. Most often patients present with the following complaints: 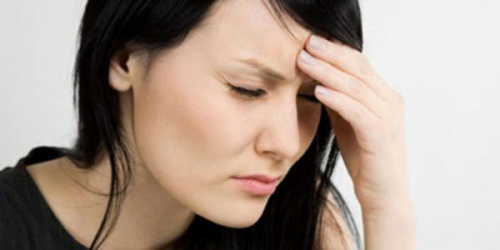 As a rule, the symptoms of the disease are very similar to symptoms of dementia and Alzheimer’s only in its early stages. This mixed clinical picture with different variants of the lesion allowed us to classify encephalopathy in stages, or degrees.

Encephalopathy 1 (elementary) degree does not involve obvious violations. As a rule, they arise in significant mental stress or in stressful situations, and reflect the unwillingness of the brain to the conservation reserves.

READ  External hydrocephalus of the brain in adults: treatment

Encephalopathy of 2 degrees is manifested by progression of symptoms, leads to changes in personality. The person becomes Moody, tearful, irritable, associated with a significant reduction in memory. Occurs untidiness in the home, indifference and inattention to a close, the possible outbreak of wanton aggression. The patient is not able to perform many tasks, but in everyday life he is able to care for themselves.

The third degree of the disease is characterized by the inability of the patient to care for themselves at home, perhaps a difficulty or complete absence of verbal contact, urinary incontinence, impaired walking. The accession of extrapyramidal disorders, for example, there is a secondary parkinsonism. The patient has pronounced dementia. Rastormazivate many features that are normally under the inhibitory influence of the cerebral cortex, for example, appears voracity.

Thus, any degenerative lesion of the cerebral cortex in which there is a firmly established factor (hypoxia or exposure to toxins) is encephalopathy of the mixed Genesis. And the doctor is required to spend a lot of effort to stop the progression of the disease, and in some cases to positive effect. The younger the patient, the greater the chances for a full recovery.