Eosinophils in the blood is raised: what does it mean?

The blood analysis consists of a number of very important indicators, signaling problems in the body. Very common to hear words such as erythrocyte sedimentation rate, leukocytosis, eosinophils, platelets and other specific terms, but do not know what it means. We will understand what role the body played, and why this figure may exceed the maximum rate.

The role of eosinophils

Eosinophils, along with neutrophils and basophils are a type of white blood cells. This name they received due to the fact that can absorb a coloring substance of eosin, which marks the eosinophils for the convenience of the account. Externally, the dual eosinophils resemble small amoebae are actively moving in the blood. Eosinophils are formed in bone marrow and have a certain life expectancy. About an hour they remain in the blood, and then move into the tissues.

The main role of eosinophils is to penetrate the walls of blood vessels to the site of inflammation in the body. Despite such a small size and a smaller number in the blood (for example, compared with red blood cells), eosinophils are able to neutralize fine particles of foreign organisms. For the ability of eosinophils called microphages.

But their role in the body ends. Very important role of eosinophils is to protect the body from allergic reactions. They are like a marker, increase in contact with allergens in the body, causing a defensive response on his part. Typically, in order to the apparent Allergy, eosinophils must be in the blood of more than five percent of all leukocytes. If this threshold is exceeded, it is possible to speak about the eosinophilia.

Properties of eosinophils are largely determined by the role they play in the body. Here are the main ones:

The reasons for the increase of eosinophils

Elevated eosinophils in the blood indicate severe disorders that must be immediately eliminated.

Because excess is the signal that the body something is wrong. Elevated levels of eosinophils are associated also with other pathologies of allergic nature, asthma, drug allergies, seasonal hay fever, rhinitis, allergic dermatitis and so on.

Eosinophilia is possible in the presence of parasites in the body. Such «neighbors» include Ascaris, Giardia, opisthorchiasis. Eosinophils are very sensitive not so much on the parasites themselves, but on their waste products, which irritate the mucous membrane of the internal organs and intestines.

The sharp rise in this element of the blood may be triggered by diseases of the blood. If lymphoma, acute leukemia, Hodgkin’s disease and other malignant rebirth eosinophils increase very rapidly. Particularly noticeable jump occurs when the tumor metastasizes or decomposes. Usually these stages eosinophilia is not the only sign of pathology, along with it are higher than normal and other blood parameters, for example, increased basophils. Another reason for the increase in eosinophils – pathology of connective tissue. Most indicative of the deviation in rheumatoid arthritis, nodular periarthritis.

A blood test and its features

In order for the blood test was correct, you need to do it on an empty stomach, early in the morning. The fact that the level of eosinophils is always changing depending on the time of day. By the evening of eosinophils will be fifteen percent higher than normal, and the night and the more – thirty per cent.

READ  Why burst capillaries in the eyes?

It is not recommended to do before donating blood physical exercises, it is advisable to protect yourself from stress. For three or four days before the blood test, you must refrain from drinking alcoholic beverages and too sweet food. To the tests were believable, and the level of eosinophils suits, you should not donate blood during menstruation, otherwise, laboratory data may not be correct.

Note that the eosinophils can indirectly confirm or deny ovulation. Women who want to get pregnant and waiting for ovulation, you can pass the test of eosinophilic alleged during the ovulatory period. If ovulation did take place, the number of eosinophils is increased under the influence of estrogen and progesterone will contribute to the normalization of these elements. When the already held conception of these elements can harm the woman. Eosinophils in pregnancy that do not conform to the norm, can cause premature birth. 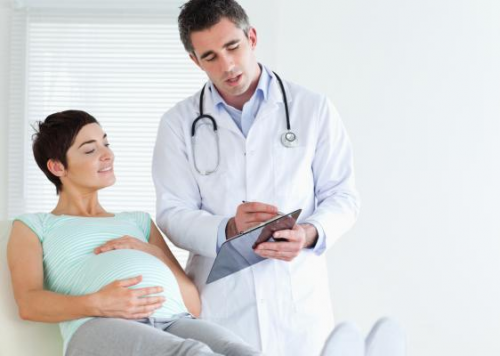 Normal levels of eosinophils in the blood – from one to five percent, or one hundred twenty to three hundred and fifty items in a single milliliter. And for men, and for women the norm is the same. Interesting is the fact that the eosinophils are a little high and in young children. So, in the first two weeks of your baby’s rate of eosinophils may reach six percent, up to one year an indicator of a very fit adult norm – five, but after one year and before two years is considered a normal rate and seven percent. Children older than five years have the adult norm of five percent.

READ  The consequences of varicocele in men and adolescents

What do the blood tests?

If the number of eosinophils exceeds the rate of ten percent, talking about mild eosinophilia. Increasing the level of ten to fifteen percent of the average degree (often with allergies), more than fifteen – severe eosinophilia. If the mild increase of eosinophils requires only careful monitoring of the body, in severe pathology should be sought the reason of such condition, because eosinophilia is associated with cell and tissue oxygen starvation.

If, after receiving the analysis with elevated eosinophils in the body is not able to detect the nidus, the analysis recommended to redo it. Such errors are quite normal, since the staining blood cells with eosin a portion of the colorant can take on neutrophils. In this case, when an absolutely normal level of eosinophils numbers will be issued otherwise. As a rule, doctors pay attention to the fact that neutrophils are lowered, and immediately suspect errors in the conduct of laboratory analysis.

If the excess is confirmed, doctors prescribe additional directions on biochemical analysis of blood and analysis on helminth eggs, an ultrasound examination of the abdominal cavity. If you have expressed allergic reactions (angioedema, urticaria, allergic conjunctivitis), then do the analysis of eosinophils from the throat and nose. After establishing the cause of Allergy treatment.