Hemophilia: what is it, photo

Hemophilia is a rare disease, which interferes with normal blood clotting. A person with hemophilia bleeding after injury can last longer than normal.

What is the hemophilia?

Hemophilia is a group of hereditary diseases in which blood does not clot properly. The mechanism of clotting is the process by which blood transformirovalsya from liquid to solid. It consists of several coagulation factors, activation of which leads to the formation of fibrin. When the blood factors is missing or insufficient number of them, the clotting is disrupted and the bleeding continues.

There are two main types of this disease:

Both of these types are associated with X-chromosome, therefore, almost all patients with these diseases are men. Women, carriers of hemophilia gene may also have enhanced bleeding as some of them have reduced levels of the corresponding blood factor. Hemophilia a occurs in about 1 in 5,000 males, hemophilia B is 1 in 30,000 men. These diseases affect people of all races and ethnic groups. At least these two types there is a hemophilia C, is associated with a deficiency of factor XI.

Even more rare is an acquired type of hemophilia that develops in the patient’s lifetime and has no genetic or hereditary reasons. This form develops when the body forms antibodies that attack one or more clotting factors (usually factor VIII), whereby normal blood clotting. Patients may be men or women, and the nature of the bleeding is quite different from classical hemophilia, as joints are rarely affected. This disease is primarily associated with old age, and sometimes complicates pregnancy. 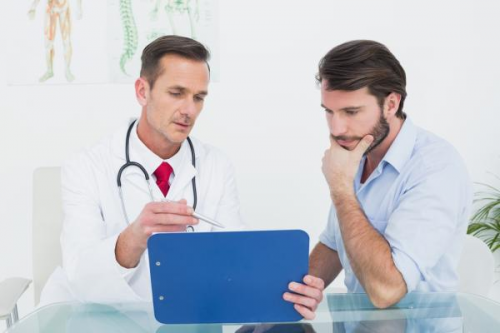 As already noted, hemophilia is caused by mutations in genes that encode proteins required for blood clotting. The process of coagulation consists of a series of complex mechanisms involving 13 different proteins, which are called factors numbered from I to XIII. If the mucous membrane of the damaged blood vessel, to this place stick to the platelets, thereby forming a primary clot. These platelets release chemicals that activate a cascade of clotting factors. Eventually forms a fibrin protein threads, which are intertwined to form a mesh, creating the final clot.

The symptoms of hemophilia

Patients with mild hemophilia may not have any symptoms until there is damage to the skin or tissue, resulting in longer bleeding. Bleeding in the joints are rare. In people with haemophilia of moderate severity the symptoms may occur in the early stages of the disease. In children there is easy bruising may be signs of internal bleeding, especially into joints. Symptoms of bleeding in the joints is pain, irritation, movement disorders, swelling, redness, local rise in temperature. Most often affects the ankles, knees and elbows. Any surgery, dental procedures or injuries lead to prolonged bleeding in these patients.

The symptoms of severe haemophilia are similar, but occur more often and, as a rule, more pronounced. In children with this disease often have spontaneous bleeding. Most often in early childhood, are bleeding in mucous membranes of the mouth and nose, appear spontaneous bruising, especially on her feet. There may also be presence of blood in the urine or feces. One of 30 patients with hemophilia will sooner or later develops intracranial hemorrhage, symptoms of which are severe headache, vomiting, impaired consciousness, convulsions, speech disorders, vision problems and loss of coordination. 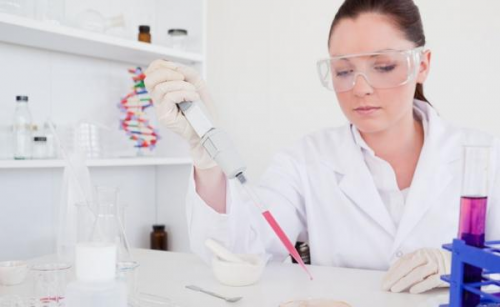 The treatment of hemophilia

Several decades ago, a significant portion of patients with hemophilia died prematurely. Tragic, but a death was the result of childhood trauma or surgery. Over the past 40 years treatment has advanced so much that the vast majority of patients now live long and active lives. A major achievement was the discovery and replacement of the missing clotting factors. In the past, patients were administered whole blood or plasma to stop the bleeding. Although this technique and helped, levels of clotting factors never reached values that are required for really effective coagulation.

The first really effective treatment of hemophilia cryoprecipitate was used in 1965. However, a large number of people were infected with hepatitis b and HIV. In the late twentieth century made possible the creation of synthetic (recombinant) clotting factors, using specially prepared mammalian cells. Currently widely used these drugs. Treatment of hemophilia depends on its severity. There are two approaches:

In mild hemophilia A can also be used desmopressin. It is a synthetic hormone that stimulates production of factor VIII in the body.