Ischemia of large and small blood vessels of the brain is a complex clinical and even social concept. After all, stroke is also a manifestation of acute ischemia in which the die part of the medulla, and occurs persistent loss of functions and together with them – and disability. At the same time, chronic ischemia of brain vessels may not cause gross neurological symptoms for a short time. This process develops slowly throughout life. What is this disease, how it manifests itself, and how to cope with it?

Those curious people who independently read scientific books can take up a textbook of pathological physiology to medical schools. In this process of ischemia will devote an entire Chapter, sometimes several chapters. Ischemia is a process by which the normal circulation is impeded by various factors.

In particular, there is acute ischemia. If it occurs in the arterial line, then there is the death of the cells of the body, in this case the neurons of the cerebral cortex. This cerebral disaster is called a stroke, and her symptoms are well known. Acute ischemia is due to occlusion, for example, cut off by a blood clot. This process is called infarction and can occur in any organ.

Chronic ischemia is the process «stretched» in time, sometimes for many years. Reasons are the increasing narrowing of the lumen of small caliber vessels in the brain due to atherosclerosis and hardening of the walls and common age-related changes in brain tissue. Thus cells do not experience sudden acute oxygen starvation, and sit on «reduced rations». Therefore, signs of chronic ischemia of the brain appear slowly.

The symptoms of chronic cerebral ischemia are diverse. They depend on the localization of the «most disadvantaged» vessels. Thus, the syndrome of vertebral artery can cause dizziness, headache, nausea, and vomiting. Atherosclerosis of the middle cerebral artery may be transient weakness in the arm and leg on one side. But there are common symptoms that occur almost always, this disease has a distinct stage for that age related. The older the patient, the more pronounced his symptoms of chronic ischemia.

Early in the disease the signs are nonspecific: there are the nagging headache, weakness, lethargy, reduced concentration, memory loss on current events, disturbed sleep. Appears to change the emotional background. The person becomes aggressive or, on the contrary, capricious. In the neurological examination nothing is found except small deviations, which are called «hot-spot» of neurological symptoms.

In the second stage of ischemia, all the symptoms are worse. Significantly reduced work capacity, the ability to conduct financial calculations and other complex actions. Appears disinhibition ancient reflexes due to depression of the inhibitory action of the cortex: there is senile «chew lips» and «smacking». Appear tremor, loss of coordination and dizziness.

In the third stage it is already possible to make a diagnosis on the basis of the leading neurological syndrome and even their group, which by this time clearly defined. This pyramidal symptoms, blindness, Parkinson’s disease, severe memory disorders. Appear sloppy, narrowing the range of interests expressed by the human individual, such as the curmudgeonly, jealousy, quarrelsomeness, pettiness and chicanery. 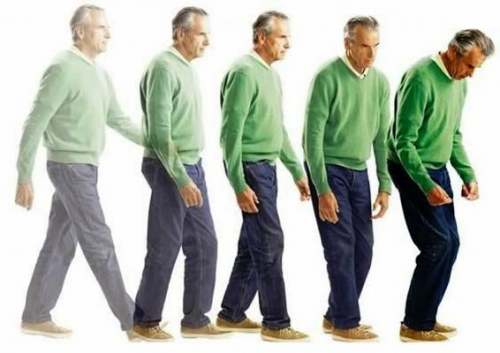 Treatment of this inevitable involutional process of the disintegration of the most delicate functions of the brain – a difficult task. When referring to physicians with a comprehensive clinical picture of the relatives of the elderly patient hardly something to count on. In the best case, the progression of the disease will slow down, and come though short, but still an improvement. Therefore, treatment of ischemia primarily involves preventive direction, and from a young age. For this approach the following activities:

Only those activities and full life lets me live to a ripe old age with minimal manifestations of this unpleasant disease. Drug therapy is aimed at maintaining the metabolism of the nerve tissue and relief of syndromes without treatment reasons. For this purpose, nootropic drugs, vitamins, muscle relaxants, antiparkinsonian funds. But these drugs have a temporary effect.

Similarly doomed to failure and treatment of folk remedies. All «legends» on century-old elders, it is easy peremezhaemyh in the mind of a three-digit number, leaving children in ninety years, and doing a headstand makes sense only in one case – if such a «natural lifestyle» people started not later than in 45 – 50 years, in the preservation of all cerebrovascular structures.

To obtain recovery for «clogged» vessels «to deliver the new» and to replace or upgrade the cerebral cortex, just like a plumber changing a clogged pipe, and put new plumbing. But at the present stage of development of medicine is, unfortunately, impossible. Give some hope cell technologies (stem cell transplantation), but in this area, conducted the first experiments on the restoration of function in post-stroke patients.