Ischemia: what is it?

Ischemia — often this term is used in heart disease. However, this is only one aspect of the problem. On a par with myocardial ischemia often falls down and the brain. What changes occur during ischemia, and whether this dangerous condition — the answers to these questions can save the lives of many people.

Ischemia: the essence of the concept

Ischemia is an acute or chronic interruption of the blood supply in a certain area of the body. A pathological condition directly dependent on the functionality of blood vessels supplying a separate area of the body. Luminal narrowing or complete closure (obstruction) of the vessel leads to disruption of all metabolic processes in the damaged organ: there is insufficiency of nutrients and oxygen (hypoxia). These changes lead to temporary or permanent dysfunction of a body (depends on the speed of development of the pathology and degree of insufficiency of blood flow).

Only long-term oxygen starvation and malnutrition, and the rapid narrowing of the supply on vessels lead to irreversible changes in the tissues, their necrosis. Most sensitive to ischemia of the myocardium, Central nervous system (primarily the brain) and kidneys. It is in these organs rapidly develops persistent organic tissue damage, which greatly affects the quality of life of the patient and often faces a fatal outcome.

The development of ischemia is often the result of local or General pathological changes of blood vessels. Ischemia can occur for the following reasons:

To ischemic changes in the tissues can result in blood loss, severe blood disorders and mechanical compression of the artery by tumor, a stone or an external factor.

Options for the development of ischemia

To predict the importance of the speed of development of insufficiency of blood supply to certain organ. The most dangerous acute ischemia with severe narrowing of blood vessels: symptoms develop rapidly, often cause irreversible consequences, and doctors do not have sufficient time to provide full assistance. Such options for ischemia include heart attack and stroke. Acute ischemia with minor circulatory insufficiency — the process is dynamic, but reversible. 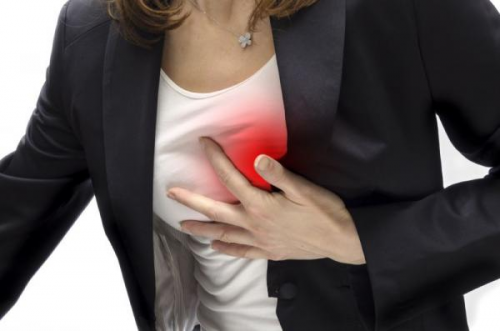 The most favorable chronic ischemia. Doctors can detect the first signs at an early stage of circulatory failure, and drug or promptly to prevent deterioration of the patient. However, without proper treatment of chronic ischemia sooner or later lead to serious consequences.

Ischemia of the heart

Ischemia of the heart manifests itself in several clinical variants:

READ  What is the analysis on blood coagulation?

Cerebral ischemia depending on the causative factor can develop gradually or acutely. There is a wide variety of clinical symptoms: from minor headaches and loss of memory to convulsions and loss of consciousness. Variants of the course of cerebral ischemia:

READ  The symptoms and treatment of IBS

Ischemia is a serious disorder that, without timely and comprehensive treatment poses a serious threat to life. Every man should know, what is ischemia, what are the first signs and methods of treatment. Ischemia is easier to eliminate at the initial stage, when a damaged organ has not yet occurred irreversible changes (necrosis). Necrotic tissue (while maintaining the life of the patient) are replaced by scar inclusions, which subsequently cause lasting dysfunction of the affected organ.