Nosebleed in pregnant women may occur at any time. Many pregnant women do not consider it a pathology and do not seek medical attention. But keep in mind that nosebleeds can be a symptom of a serious illness, or complicated pregnancy, so a visit to the doctor should not be postponed.

Why can cause bleeding from the nose during pregnancy?

The first trimester (the period from the first day until the end of 12 weeks) is characterized by rapid hormonal changes in pregnant women. Female sex hormones in the form of progesterone and estrogen lead to an increase in blood flow velocity in blood vessels, mucosa becomes friable and edematous, blood vessels are more fragile. This happens not only in nose but also in other mucous membranes. During this period, in the absence of serious pathology nose bleeds are very scarce, occur when sneezing or coughing pregnant women due to rupture of small capillaries.

Second trimester (between 13 to 24 weeks) is very important for the expectant mother and child. At this stage ends with the formation of organs and systems, there is an intensive growth of the baby. All the necessary components for this (i.e. building material) are taken from the mother’s body. As you know, calcium is necessary to bone system of the fetus, participates in blood coagulation. So the lack of this element can lead to bleeding from the nose.

Third trimester (25 to 36 week) is a period when a nosebleed can be a symptom of severe complications of pregnancy. These include high blood pressure (preeclampsia and eclampsia), late toxicosis, pregnant nephropathy (kidney disease on a background of pregnancy), impaired blood flow in the placenta.

The most dangerous symptom, often recurrent, difficult to stop bleeding on the background of arterial hypertension. In this case, epistaxis is not an independent disease and secondary symptom comorbidity. This condition leads to spasm of blood vessels that deprives the fetus of necessary oxygen and nutrients. All this can lead to premature detachment of the placenta, fetal hypoxia or premature birth.

Causes of nasal bleeding (regardless of pregnancy): 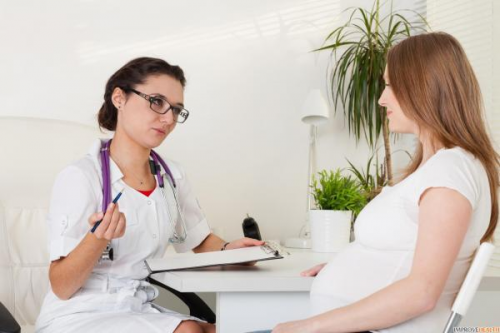 How to stop a bloody nose?

If bleeding from the nose stands out in small quantities, will stop and not accompanied by any symptoms (dizziness, loss of consciousness, blackouts, high blood pressure), such bleeding can not be stopped. It is sufficient to file a number of additional analyses (koagulogramma) and to conduct a rhinoscopy (inspection of the mucous membrane of the nasal cavity) to exclude serious causes of bleeding.

If within 15 minutes after such manipulations, the blood still did not stop, you need to call an ambulance. It is possible that the pregnant woman will need hospital treatment.

What not to do for nosebleed?

How to prevent bleeding during pregnancy?

First you need to determine the cause of bleeding. If serious pathology is not revealed, and bleeding from the nose is a feature of reactions to pregnancy, it will help simple rules for the prevention of bleeding:

READ  How dangerous tachycardia of the heart?