Prinzmetal’s angina (also referred to as spontaneous and variant) is a rare pathology, a special kind of coronary heart disease, which is found only in 2 – 5% of patients. Its distinguishing feature — a spasm of coronary vessels, which causes pain. Most often, patients complain of pain in the early morning and night.

For the emergence of the state of spontaneous angina enough even the initial stages of atherosclerotic vascular lesions. Noted that 150 of the 200 patients with this pathology detect atherosclerotic plaques, precipitating a steady narrowing of the arteries and veins.

Not to mention the difference in the incidence of angina Prinzmetala in women and men. According to statistics, this pathology often affects that the stronger sex. In addition, the average age of patients with spontaneous angina is approximately 40 years.

The symptoms of spontaneous angina

As with any other variety of angina pectoris, the primary symptom is pain in the heart area. Most often, the pain compressive, compressive and localized behind the sternum, may be radiating to the left arm, side, shoulder, neck and lower jaw, and down to the area of the stomach. Attacks usually bother patients at night or early in the morning (before 7 am). Considered normal phenomenon, when the pain disturb the patient every day for months on end and then disappear for some period, sometimes even up to several weeks.

Feature prinzmetals angina is that the pain attacks occur spontaneously, the appearance of a symptom has nothing to do with exercise, emotional stress, intake of particular food and other factors. The duration of the attack varies from several minutes to half an hour, after which the patient’s condition is normalized. Because of discomfort very often patients fall into a swoon. Among other related symptoms doctors also provide: 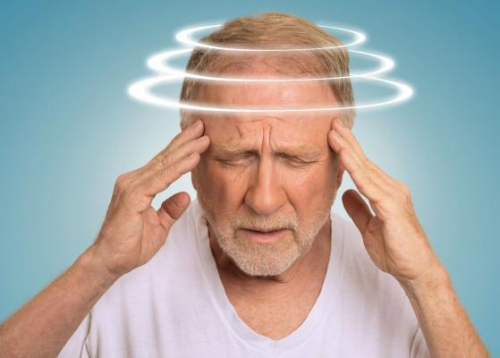 The first thing care of patients with this disorder and their relatives, it is a question about what medicine to take for cupping? It’s simple. For pain syndrome it is necessary to use tablets of Nitroglycerin. This inexpensive little sublingually (i.e. those that are placed under the tongue) tablets. This drug fairly quickly relieves pain.

However, it is understood that Nitroglycerin is not treating the cause of pain angina. For the treatment of this disease need a comprehensive examination and carefully painted with cardiologist therapy. The best way for patients with stenocardia Prinzmetala will be hospitalization. Inpatient treatment will help to eliminate spasm of vessels, lack of blood supply to the myocardium, decreasing frequency and «strength» of arrhythmias. In addition, the timely treatment ensures the prevention of myocardial infarction and possible sudden coronary death.

In stationary conditions is also prescribed Nitroglycerin, and then switching to long-acting nitrates. At the same time (or instead of the above drugs) recommend patients receiving calcium antagonists (such drugs as Verapamil, Nifedipine). They widen the arteries that feed the heart, eliminating the negative effects of atherosclerosis. Patients with spontaneous angina often take small doses of acetylsalicylic acid.

The problem of therapy is that abrupt cessation of taking a large number of preparations of sodium and calcium antagonists is the so-called «syndrome». It is characterized by the increase in the frequency of bouts of pain twice or more. In addition, the syndrome is more typical of the risk of myocardial infarction.

In the case where spontaneous angina is accompanied by a severe form of atherosclerosis of heart vessels, the patient is recommended surgical treatment — angioplasty, coronary artery bypass grafting and stenting of the coronary arteries.

Forecast for the treatment of angina Prinzmetala

The risk of severe pathologies (myocardial infarction and sudden cardiac death) depends largely on how often the patient concerned about attacks of pain, how much they are expressed and how long the patient is sick. If coronary arteries are not amazed, the possibility of sudden death does not exceed 0.5% of patients per calendar year. For those patients who are pain attacks bothering and often have severe currents, the risk of heart failure increases rapidly and reaches 20 – 25%.

Remember that Prinzmetal’s angina is a severe and rather rare disease, so she requires constant supervision of our expert and sophisticated treatment methods. Patients with this kind of coronary heart disease be sure to be on the account at the cardiologist and require constant monitoring and medical care.