Cerebrovascular disease is one of the most urgent problems of modern medicine. Various forms and degrees of cerebrovascular pathology affects about nine million people, the disease has a tendency to «rejuvenation». Now disorders of cerebral circulation are often observed in patients forty to sixty years, and stroke is the leading cause of death among representatives of a strong half of mankind. Note that the pathology is most common in men because they are more susceptible to factors causing the disease.

For General information about stroke

Stroke is the disruption of blood flow to brain cells due to problems with the blood vessels of the brain. The disease is of two types – hemorrhagic and ischemic. The first type of pathology soft tissue of the brain, rupture of blood vessels happens suddenly between areas of the brain are formed cavities filled with blood, compressing the brain and provoke its swelling. Most often those are broken blood vessels that are affected by the pathological process and have a thin wall. The trigger could be a sharp increase in pressure, heavy physical exertion, emotional outburst or stress.

If a man has sharply deteriorated state of health, there were harbingers of disease (head and heart pain, severe weakness, dizziness), it is necessary not only immediately to call an ambulance, but also to carry out simple diagnostic to understand what disease faced by the victim, and how to prevent its consequences.

For diagnostics of a pathology needs to spend three-step test. In the first stage man should be asked to smile. If he had a stroke, then the smile will be disproportionate – one corner of her mouth rise, and the other on the contrary – falls. The second stage – speech diagnostics. The patient should be asked to repeat a simple sentence, however, stroke patients experience problems with the playback information. The third stage consists in raising the hands in front of him. If a man struck a stroke, then he will not be able to simultaneously raise both arms and keep them on the same level at least for a while. In addition to these signs, on the stroke indicate hearing loss, disruptions in breathing, involuntary urination, convulsions and numbness of the limbs.

The risk of disease in that it often ends in death. The prognosis for surviving patients is also not always comforting, for hemorrhagic stroke provokes severe pathology, manifested depending on where localized hemorrhage. The blood released from the vessel, changes the biochemical reactions that lead to cell death.

The symptoms of hemorrhagic stroke in men characterized by sudden and increasing pain in the head. A severe headache is on the verge of nausea (up to induce vomiting). Men feel a throbbing in a certain place (in the temples, in the neck), pain in eye sockets, heart palpitations, respiratory disorder. In particularly severe cases, fainting and possible coma.

Externally on the face in men there may be red spots, on the side of the lesion expands the pupil, the gaze of the patient is directed to the affected side. The second side is characterized by the weakening of muscle tone. The lid is lowered, the corner of his mouth twisted and unnatural sags down movement of the eyeball is poorly focused at one point. The prognosis of this disorder in men depends on the extent of brain damage. The danger of the disease is that in addition to the damage to the brain, pathology indirectly affects other organ systems – cardiovascular, respiratory, muscle.

If the victim when the stroke happened the ingress of blood into the ventricles of the brain (the frequency of this pathology is about fifty percent), the state reported as extremely serious: it can result in a comatose state, unconscious motor acts of the victim, the emergence of chills, sweats and fever. Most cases complicated with hemorrhagic stroke are fatal.

READ  Lymphadenitis: what is it?

Ischemic stroke is accompanied by necrosis of individual sections of tissue.
The main reason why the disease catches up with men of working age is the defeat of cerebral vessels in the pathology of cardiac activity and blood vessels. Also to the defeat of cerebral vessels are diabetes, infectious processes and other heavy somatic pathology. Additional risk factors are tobacco Smoking, excessive alcohol consumption, overweight, a metabolic disorder, poor nutrition.

As you can see, predisposing factors are present more in the lives of men than women, so men are often the victims of illness. And the impact of several factors simultaneously aggravates their effect on the brain vessels. Against the background of constant stress, lack of sleep and rest symptoms of stroke in men are not forced to wait. Also provoke pathology can tobacco Smoking, excess body weight, alcohol abuse and a tendency to thrombosis. 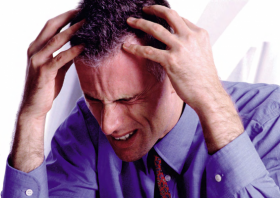 Symptoms of ischemic stroke is quite pronounced. Patients note the appearance of a sharp headache for no apparent reason. Pain occurs when there is hypertensive crisis, ventricular fibrillation and other diseases of the cardiovascular system. The important role played by stress and emotional stress.

In patients with ischemic stroke impaired coordination, severe dizziness leads to falls. As a rule, patients feel abnormal sensitivity (sensation of tingling, pricking, itching) or numbness parts of the face. Paralysis leads to a marked speech impairment, some patients can not speak, while others barely utter a word, confusing or rearranging letters. It is possible to increase body temperature. In addition, patients experiencing visual disturbances – they can’t clearly see the world, in some cases one eyes perhaps the appearance of double images. Patients difficult to swallow, to breathe, they are poorly oriented in the environment, but at the same time very excited.

If an ischemic stroke complicated by cerebral edema, the first signs of a more severe – the patient suddenly loses consciousness, the man convulsions, disturbed respiration, speech and coordination of movements. Additionally appear paresis or paralysis, may experience epileptic seizures. Depending on which symptoms of ischemic stroke is manifested and what are the causes of these symptoms, it is possible to judge the prognosis.

If you suspect a stroke patient should be provided with qualified medical aid. In the case of clinical death before the arrival of the medical team is first aid – CPR and artificial respiration.