Statins – this class of drugs that reduce the level of cholesterol in the blood by reducing its production in the liver. Statins block an enzyme in the liver responsible for cholesterol synthesis. This enzyme is called hydroxy-methylglutaryl-coenzyme a-reductase (HMG-COA reductase). From a scientific point of view, statins are inhibitors of HMG-COA reductase.

What is the role of cholesterol in the body?

Cholesterol is necessary for normal functioning of every cell in the body. However, it also contributes to the development of atherosclerosis – a disease in which the inside of arteries containing cholesterol plaques. These plaques block the arteries and reduce blood flow to organs and tissues. When you break the plaques it forms a blood clot that can completely block the lumen of the blood vessel. If this decreases blood flow to the heart – there is angina or myocardial infarction; brain – developing stroke; lower limb – there is alternating claudication (leg pain when walking).

Reducing the production of cholesterol, statins can slow the formation of new plaques and, in rare cases, reduce the size of existing ones. In addition, through not fully understood mechanisms, these drugs may stabilize plaques, preventing their rupture and the development of blood clots. The importance of cholesterol in atherosclerosis is recognized by all scientists. However, atherosclerosis is a complex process that includes other factors (e.g., inflammation). In addition to lowering cholesterol, statins also reduce inflammation, which may be another mechanism by which these drugs affect the development of atherosclerosis. This effect does not depend on ability to lower cholesterol levels.

READ  The normal heart rate and methods for its measurement

What are the different statins?

All existing statins can be divided into three generations. Representatives of the first and second generations are used long enough, these include Atorvastatin, Simvastatin, pravastatin, Fluvastatin and Cerivastatin (the latter was discontinued in 2001, because its reception was accompanied by the development of serious side effects). Statins are the latest generation represented by rosuvastatin and pitavastatin.

Rosuvastatin is a representative of the new, third generation of statins. Unlike other representatives of this group of drugs it is not destroyed so quickly.
Rosuvastatin is used to treat heart disease, high cholesterol and triglycerides. In the pharmaceutical market this drug appeared in 2003. Name drugs containing rosuvastatin:

Pitavastatin is a synthetic drug from the group of statins, which went on sale in Japan since 2003. Many scientists are skeptical about the commercial prospects of pitavastatin because the pharmaceutical market already has a lot of representatives of this group of drugs.

However, this drug may have less severe side effects. It is not as quickly metabolized in the body (compared with other statins), so it remains in active form for longer. In addition, pitavastatin has higher bioavailability. Japanese studies show that it better protects the heart muscle than other statins. Trade name of the product – Lival and Liveso. 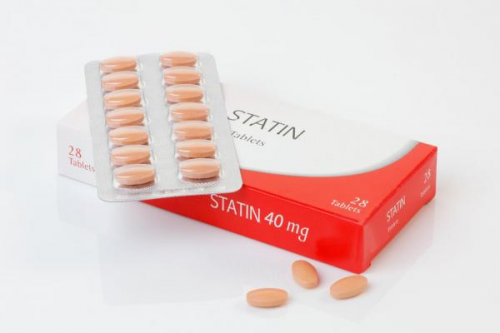 What side effects have statins?

As with any drug, statins are the latest generation can cause the development of side effects. However, not every host people would face these problems. Most people are well enough to tolerate taking statins. If side effects do develop, they usually are mild in nature and do not require special treatment. A representative of the statins has its own profile of side effects. However, some of them develop in the use of all representatives of this group of drugs. Such adverse effects include:

READ  Venous leg ulcers: the initial stage, and how to treat, photos

Some of the side effects of statins are potentially severe, their development should be reported immediately to the doctor. These include:

What are the differences between the different statins?
Drugs in this group differ in several factors. The most obvious differences are in their ability to reduce cholesterol levels. For example, Atorvastatin and Rosuvastatin are the most powerful tools, and Fluvastatin are the weakest drug. Statins also differ in how strongly they interact with other drugs. For example, other drugs less affect the levels of pravastatin and rosuvastatin in the body, than the levels of other funds in this group.

In addition, statins differ in the frequency of serious adverse effects. For example, Cerivastatin was banned due to the fact that it caused rhabdomyolysis 10 – 100 times more often than other drugs in this group.