The norm of ALT in the blood

Alanine aminotransferase (ALT) is the «twin brother», AST – aspartate aminotransferase. Both enzymes are «working» in the reactions of transfer of an amino group. These reactions are called transamination reaction. As evidenced by the result of biochemical analysis of blood to determine the concentration of ALT and what reasons capable to change the concentrations of ALT in the blood?

Alanine aminotransferase – what is it? This biological catalyst, the enzyme. He, like AST relates to the intracellular enzymes. This means that in the peripheral blood and its concentration is determined by the residual factor, namely, the destruction of cells, which is in the «normal pace.» But as soon as there is a massive their decay, alanine aminotransferase in the blood serum increases.

In our body the enzyme ALT is in a certain balance with the enzyme AST, but the bodies they are «divided» among themselves unequal. So, ALT is mostly liver and kidney, and its contents (unlike the AST) in the cardiac muscle is negligible. Therefore, the main depot in the body for this enzyme is the liver.

What are the normal (reference) values of this enzyme? Like AST, the amount and activity depend on sex and age. So, kids it’s value is maximal: the level of ALT is around 50 IU/liter. Then during the whole life, its concentration slowly decreases. The norm after the age of 18 is from 0 to 41 units/l in men and, respectively, from 0 to 33 units/l in women.

Why increasing the concentration of ALT in blood plasma?

High levels of this enzyme may be a pathognomonic sign of liver damage. This means that the specificity of this enzyme allows you to make such a conclusion. For example, high levels of AST (aspartataminotransferase) does not allow to make unambiguous conclusion on the affected organ, as this enzyme is not only in the liver but also in cardiac muscle and can be elevated in myocardial infarction. A rise in ALT always suggests that the patient has liver problems. And it can increase several times, even dozens of times. The increase of ALT, especially sharp, tells about the massive destruction of liver cells. Diseases and conditions that lead to this laboratory phenomenon, the following:

READ  How dangerous is arrhythmia? 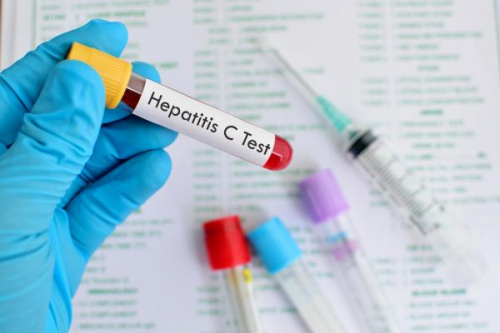 In addition to these pathological States, it is also possible to increase the level of this enzyme in a healthy person.

For example, intense physical activity during the day can lead to increased levels of the enzyme. Just a big load, respectively, and causes greater disintegration of the cells. So before you pass tests, you do not need to increase their physical activity during the day preceding delivery. In addition, taking certain supplements, called nutraceuticals (food supplements) can also increase metabolism in the liver, thus increasing the disintegration of the hepatic cells above the normal (reference) values.

READ  Rheumatic heart disease: what is it and how is it treated?

During pregnancy that is proceeding normally, should not be boosting ALT. On the contrary, in 1 and 2 trimester maybe a slight decrease in its activity and by the third trimester, the performance of ALT are back to normal. In that case, if a pregnant ALT levels are elevated, it indicates the unfavourable processes in the liver or of late toxemia of pregnancy. If the analysis revealed elevated levels of ALT, you should take steps to reduce it. How to lower its value? Many people believe that you need to take some special measures, or even worse, drink special medicines. Everything is much simpler: take care of your liver enzyme levels will return to normal. In order to reduce ALT, should:

Medication is only needed when diagnosed with liver disease and started the corresponding treatment:

If you feel good, but ALT some reason does not want to return to normal, should conduct an in-depth study and to visit a doctor.