The signs of heart attack in men, symptoms, first aid

Among all acute circulatory disorders heart attack ranks first in the severity of the consequences. Strictly speaking, a heart attack is any cessation of arterial blood flow, which leads to irreversible changes in the perfused tissues. The most threatening for life is a myocardial infarction, it is much more dangerous than a heart attack of the brain, called a stroke. How to recognize a heart attack at the early signs and be able to help the victim until the arrival of «ambulance»?

Myocardial infarction is the leader in developed countries among the causes of death (including sudden) in individuals of working age. As a rule, cause sudden death (especially in men) are forms of painless or rapid development of cardiogenic shock and the appearance of fatal cardiac arrhythmias.

Women protect sex hormones (estrogens) that contribute to the improvement of coronary blood flow in the reproductive age. But after menopause, especially in elderly and senile age, the number of patients of different sexes in the incidence of infarction becomes almost the same.

What is a «broken heart»?

Cause of death in the form of a painless heart attack is the softening of a large area of the heart muscle (myocardium) to its entire thickness. Such «cross-cutting» lose muscle is called transmural. Because in the left ventricle during systolic contraction it creates a high pressure due to muscle softening possible rupture of the myocardial wall. In common parlance this is called «the broken heart».

Of course, no «breaking» of the heart in a literal case happens, the heart bursts like a balloon. Just in this opening immediately rushes the blood, which causes acute cardiac tamponade, pouring into the cavity of the pericardium. As a result, «exit wounds» myocardium is rapidly losing its ability to contract. After a few seconds there is a sharp cardiovascular insufficiency, there is a loss of consciousness. Due to acute hypoxia of the brain occurs clinical, and then biological death.

Why is this knowledge so important?

As practice shows, first aid for a heart attack, delivered in a timely manner, sometimes it’s priceless. Sometimes it is not «fortunetelling» in the yellow pages of a paramedic and not even the tincture of Valerian, which is in the pocket, and just in the rapid delivery of the patient to the hospital.

Why the heart attack saving minutes, saves lives rather than stroke?

The fact that the blockage of blood vessels and subsequent necrosis of the underlying tissues in the heart and brain is not absolutely equal. When you stroke a person can fall certain functions, there will be paralysis of half the body, the risk of disability.

But the risk of dying in the first hours of stroke is much lower than during a heart attack. Because the brain – tiered system, and the heart is a simple pump, and when it breaks up a mechanism of oxygen supply and energy does not exist. In addition, the obvious symptoms of stroke – paralysis, no speech. Become clear where to take the patient. During a heart attack are often chest pain is a dangerous signal and, if she did not pay attention, then it is likely the sad result. That is why you need to know not only the signs of a heart attack, but to be able to help.

The signs of heart attack for «non-doctors»

Not having the apparatus to record ECG, the most experienced cardiologist can not accurately tell whether the patient has a heart attack or not. We can only assess the symptoms of an acute attack of coronary heart disease and the rapid deterioration of health due to depression of hemodynamics. It is these manifestations will give the full right to put the patient a preliminary diagnosis of «infarction», and then to clarify the presence and localization. Consider the classical picture of the disease. The first signs of myocardial infarction visible «by eye» to the common man, are these: 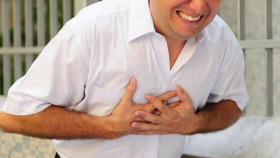 READ  The lymphocytes are lowered in a child: what it says and how is it treated?

Symptoms of talk about the proximity of cardiogenic shock and need urgent medical care. It should be remembered that the «mask» of a heart attack range from abdominal pain and signs of asthma to a completely «dumb» form. Therefore, for the common man enough will remember the classic signs.

First of all, you need to adhere to strict rules of conduct with the victims. First it must be calm and say that he will not leave and will not leave one that would not have happened. Usually these words have a «magical» action, forcing the patient to follow your advice. You then need to send someone for the car «ambulance», and if it is impossible to transport the patient to the nearest hospital. While you need to clearly tell the dispatcher that need it «cardiomegaly» that the patient has a heart attack. You will not get in trouble in case of an error, and those drugs that are cardiologic brigade, to help cope with, for example, arrhythmia and sudden cardiac arrest. 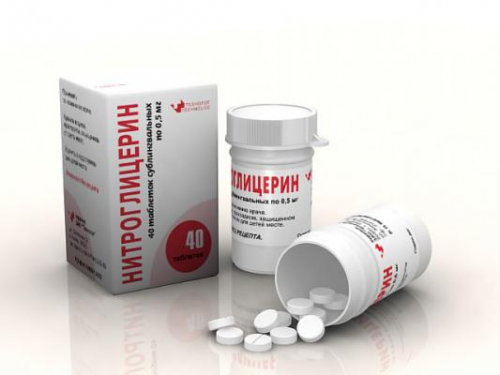 This is the first pre-medical help. When anxiety and panic needs to drip 30 to 40 drops of Valocordin, then regularly check the patient’s blood pressure and pulse until medical help arrives or until the arrival of emergency personnel. If the patient is no longer detected a pulse in major arteries (radial, carotid), there was loss of consciousness and there is no breath, an urgent need to try to restore the heart rhythm of a short but powerful blow to the sternum. This may stop the flickering of ventricles. If not, you need to carry out artificial respiration. About how to spend it, we’ll tell next time.