Thick blood – this colloquial expression refers to increased blood viscosity. The emergence of such a state is fraught with thrombosis of large and small vessels, so the reveal must be timely. Consider what signs may indicate an increased density of blood to the male.

What is the normal blood viscosity?

Viscosity is a physical property that is determined using a special apparatus – viscometer. Normal levels of blood viscosity for adult men – 4,3 – 5,3 (if you compare with water which has a relative viscosity 1). The value of this parameter depends on many factors:

It is also worth noting that the viscometers are not in every lab, so a simple blood test measurement of viscosity is not included, but the doctors can sort out how, if a normal density of blood at the person on the other indicators (number of erythrocytes, hemoglobin concentration, hematocrit) and, of course, the symptoms that the patient. If you want to accurately determine the viscosity of the blood, the person can be directed to a specialized medical facility with the required equipment.

The reasons for the increase in blood viscosity

Increasing this parameter will result in the following pathological conditions: 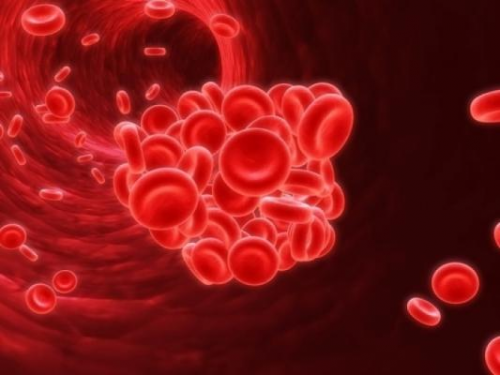 If the viscosity of the blood increased slightly, the patient may not notice the problem because the body compensates for these changes by various mechanisms. Symptoms occur when due to a pathological density slows down microcirculation and, consequently, impaired nutrition and respiration of tissues and cells. Manifestations of this condition can be:

If the density of the blood increases, on the background of cardiovascular disease, expressed atherosclerosis or vascular diseases of the brain, the consequences can be more serious:

Heart disease with increased blood viscosity and are compounded due to the fact that the myocardium must work harder to pump the thicker fluid through the vessels. This extra load can trigger a heart attack. In General, the symptoms of thick blood is directly dependent on what the pathology was the cause of this condition and what other comorbidities have with men.

How to reduce the thickness of blood?

Because increased blood viscosity is not a disease, but a manifestation of other ailments, for the normalization of this indicator it is necessary to remove the cause, i.e. to identify and cure the underlying disease. In the case of dehydration, all should replenish liquid in the body via oral or parenteral rehydration. Other ailments to normalize the rheological properties of blood is much more difficult to remove because of her pathological proteins or «extra» cells is possible only by special methods of treatment.

Besides, it’s not always the doctors can identify such a rare disease as macroglobulinemia or multiple myeloma. Therefore, all patients with laboratory and clinical signs of thick blood should undergo an in-depth study and based on its results to be treated. There are also various diets and popular methods to reduce the density of blood, but to experiment with them without doctor’s recommendations impossible.