Biochemical examination of blood is one of the main methods of identifying the different diseases of internal organs. It is used in their practice physicians, gynecologists, gastroenterologists, cardiologists, urologists, and other specialists. In this article, learn what kind of indicators relate to the biochemical, and what they’re saying.

The main biochemical parameters of blood

Proteins are high molecular weight compounds built from amino acids and perform many important functions (enzymatic, structural, regulatory, transport, contractile, protective and energy). Among these compounds the most often defined:

Enzymes are catalysts of most chemical reactions in the human body. Blood biochemistry indicating the activity of certain enzymes helps to diagnose many different diseases of internal organs. Most often determine the concentration of the following compounds: 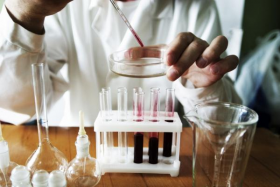 Pigments (bilirubin) indicate the condition of the liver, so they determine if you suspect hepatitis, cancer, or toxic damage of hepatocytes. In addition, these pigments are tasked with cholecystitis and cholelithiasis. Low molecular weight nitrogen compounds (creatinine, urea and uric acid) determined for the detection of kidney damage, gout and disorders.

Through biochemical analyses, levels of vitamin and inorganic substances (to include, for example, folic acid and cyanocobalamin, sodium, phosphorus, iron, potassium and calcium, magnesium and chlorine). The results help evaluate electrolyte balance and overall health.

As can be seen from the above information, there are many biochemical parameters, which will help you to diagnose a number of serious disorders, however, the interpretation of blood chemistry should be performed exclusively by a physician due to the age, gender of the patient, his General condition and the presence of other diseases.