Urea in the blood is raised: what does it mean, causes, how to treat?

Urea is an organic compound which is formed as a result of protein breakdown. It has a certain toxicity, so excreted in the urine. The change in the level of this compound in human blood compared with the normal indicators indicates a violation of the functional state of various organs and systems. Therefore, the determination of urea in blood is of diagnostic value.

What is urea and how is it formed in the body?

Proteins are one of the main organic compounds, which is a structural component of cells and intercellular substances in the body. They come from food and also synthesized in various cells of the body during biochemical reactions catalyzed by the enzymatic systems. Some proteins must be recycled. As part of their molecules includes atomic nitrogen, the end product of decomposition is ammonia, which is a highly toxic compound, primarily to cells of the nervous system – neurocytol.

Therefore in the liver the ammonia undergoes chemical changes that result in the synthesis of urea which is less toxic, soluble in water and excreted in the urine by filtration. Changes in the level of this compound in the blood that indicate various violations of metabolism, functional activity of the liver or kidneys.

High level of urea what does it mean?

Normal level of urea in the blood the average human adult is in the range of 2.5 – 6.4 mmol/l (mmol in 1 l of blood). The concentration of this compound above the normal values is a diagnostic indicator. An elevated level usually indicates:

For the body this means the toxic effects of compounds at high concentrations, which primarily affects the metabolism of cells of the nervous system.

The reasons for the increase of urea

There are several groups of causes, in which a high concentration of this compound is in the blood at the time of its biochemical studies. Causes reduced excretion of this product of metabolism of protein compounds with urine include:

Reduction of adequate blood supply to the kidney tissue is the cause of violation of the filtration process in the glomeruli. This condition develops in heart failure, atherosclerotic lesions of the renal arteries (the deposition in their walls of cholesterol with the formation of atherosclerotic plaques that reduce the lumen of blood vessels). Urea in blood can be due to the increase in the intensity of its synthesis in the liver due to enhanced breakdown of proteins in various tumor processes, massive burns, pathology of the endocrine system, accompanied by increased level of metabolism (thyrotoxicosis).

Why urea is below normal? 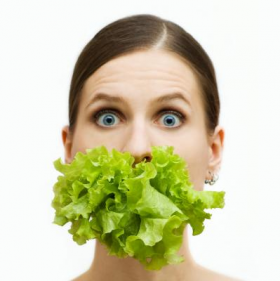 The decrease in the concentration of this compound develops due to multiple reasons, namely:

With a slight excess of normal concentrations of urea clinical symptoms do not develop. If the figure exceeds 30 mmol/l, it appears the symptoms of intoxication (lethargy, weakness), violations of the functional state of the digestive (nausea, vomiting, loss of appetite) and nervous (insomnia, headaches, apathy) systems.

These phenomena are usually accompanied by symptoms of the disease that caused the increase level of urea. It typically manifests itself as a reduction in urine output (daily amount of urine output) in the pathology of the kidney, changes in the pressure level in atherosclerosis of the renal arteries, weight loss person (until exhaustion) and pain, which accompany neoplastic processes.

How to lower the urea?

In order to effectively reduce the concentration of the compound in the blood, be sure to diagnose the reasons for its increase. Before you can treat this condition shall be examined, including different methods of diagnosis (renal ultrasound, electrocardiography, urinalysis, x-ray technique of imaging the heart and blood vessels). Treatment aimed at eliminating the causes (causal treatment) include:

READ  CPK blood: what is it and what does the result?

An immediate decrease in urea level is performed by using the detoxification therapy (subject to normal functional activity of the kidney), which includes intravenous drip of saline solution, glucose, vitamins, and diuretics (diuretics). In the case of pronounced reduction in functional activity of the kidneys (renal failure) hardware is used to clean the blood (hemodialysis or artificial kidney).

In severe disorders of protein metabolism as well as renal failure, the only way to effectively reduce urea is the use of hemodialysis. In other cases, the high content of urea lead to the rule by eliminating the causes.