Urea in the blood: what is it?

For the diagnosis of many diseases of the important biochemical indicator of the blood level of urea, a substance formed in the result of protein metabolism and decay. The deviation from the normal concentration of urea can impact how pathological changes in the body and physiological processes.

Active organic substance contained in the human body and resulting in end-stage protein breakdown is called urea. The process of synthesis occurs in the liver. Ammonia is rendered harmless in the result of a chain of chemical reactions, after which urea enters the bloodstream to perform its primary function, concentration of urine. The kidneys filter the blood, urea excreted in the urine composition.

The level of urea in the blood chemistry: the rules

Normal levels are different for people of different age and sex in millimole per liter:

The indicators of urea in the biochemical analysis of blood can influence increased consumption of protein foods, taking certain medications, intense exercise, pregnancy. Indications for research:

For the analysis is taken venous blood in the morning on an empty stomach.

Urea in the blood: causes

Most often, the increase in the concentration of urea in the blood shows the presence of renal pathology. First of all, it is a chronic or acute renal failure, glomerulo — and pyelonephritis, polycystic kidney disease, kidney stones. In addition to the kidneys, the urea level affect the pathology of the ureters and bladder (presence of inflammation, stones, tumors). Causes not related to urinary system: 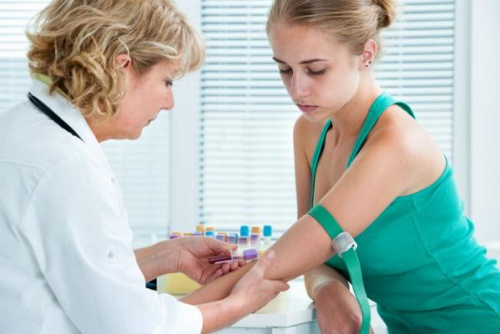 Urea in the blood is lowered: causes

This condition is relatively rare, however, also requires attention. Often biochemistry of blood shows a lower concentration of urea with insufficient consumption of certain substances. The main reasons may be the following:

Uremia: what does it mean?

Pathological condition that occurs in chronic or acute renal failure, which is characterized by excessively high levels of urea in the blood, called uremia or uremic syndrome. There are increasing symptoms of intoxication, which in the initial stage expressed softly. Appear fatigue, weakness, feeling of weakness and headaches. Then as heavier symptoms of severe intoxication:

Nitrogen compounds included in the composition of urea, can pass through the cell membrane, therefore, not finding out from the body in the usual way, damage the skin, mucous membranes and internal organs. Treatment of this condition should be carried out in the hospital in the presence of hemodialysis. Timely initiation of therapy in acute uremic syndrome, appropriate intensive treatment may ensure complete recovery of body functions.

Chronic uremia is characterized by changes in kidneys, accompanied by hypertension with high blood pressure. This disease is peculiar disturbance of microcirculation in the internal organs, the development of pericarditis. Patients live with dialysis, however, inevitably comes the terminal stage of the disease.

High level of urea in the urine

This pathological condition occurs due to intensive excretion by the kidneys urine containing a high concentration of urea. The reasons can be the following diseases and conditions: