What to do if nose bleeding?

Nosebleeds can be hard enough to scare the man. Fortunately, in most patients the blood out of his nose not due to serious diseases, and it is easy to stop.

Depending on the source, nosebleeds are divided into two groups:

Nosebleeds often develop in the winter. They can appear at any age but are more common in children 2 to 10 years and adults aged 50 to 80 years.

Most often the reason that the human nose was bleeding is external (punch in the face, fall) or internal (picking your nose, repeated irritation from a cold) injury. Less development of bleeding may contribute to the violation of the coagulation of blood, anticoagulants (Warfarin) or antiplatelet agents (Aspirin, Plavix). Also, the blood clotting can affect liver disease. Rare causes of bleeding may be abnormal blood vessels or tumors in the cavity of the nasopharynx. The appearance of blood from the nose also contributes to high blood pressure, but it is rarely an independent cause.

Most often bleeding is from one nostril. If the blood flows continuously and heavily, it can flow through the nasopharynx into the other nostril. Blood can even get into the throat and stomach, causing hemoptysis or vomiting of blood. Signs of massive blood loss are dizziness, confusion, fainting. Fortunately, with nosebleeds severe blood loss is very rare. If there is blood from other parts of the body – for example, from the gums when brushing your teeth – it can talk about the clotting disorders that can be a symptom of more serious diseases.

In the presence of epistaxis doctor examines a patient in order to identify the cause. You need to tell him all the information about other, existing symptoms and the resulting injuries. Unfortunately, there is no single method of examination by which you can determine the cause of bleeding from the nose. To establish an accurate diagnosis, doctors often use:

Before examination, the doctor may introduce into the nostrils of the medicine on a cotton ball that numb the mucous membranes and constrict blood vessels in this area. It also reduces swelling and allows you to better examine the internal structure of the nose. 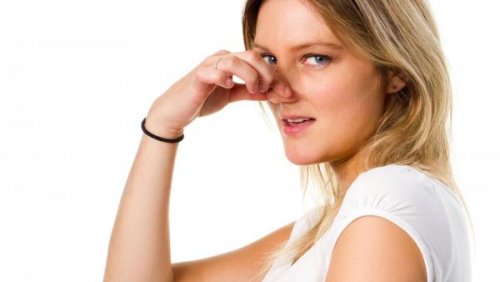 What to do in the home for nosebleed?

With a small nosebleed can be managed successfully at home. Most people with the flu or inflammation of the paranasal sinuses blowing my nose, and notice in the contents of the handkerchief up some blood. In order to avoid worsening of bleeding, in most cases it is enough to blow your nose hard not to sneeze and not to pick your nose. To stop a nosebleed, you should:

When the bleeding has stopped:

When bleeding from the front of the nose:

If the back bleeding:

Most people after stopping the bleeding can be released. If they had tamponade of the nose, do not attempt to remove the tampons. At the agreed time should visit a doctor who will take swabs from the nose. If possible, you need to refrain from taking medicines that affect blood clotting. These include Aspirin and nonsteroidal anti-inflammatory drugs.

READ  Bleeding from an ear — a sign of pathology?