Belching and lump in throat — the reasons for these symptoms

These seemingly incompatible two symptoms are often the consequences of the development of the same disease. When they appear it seems that there are disorders in the digestive system, but it is not always the case.

What are the real causes of belching and lump in throat? Is it possible to recognize disease of these signs or have long examined?

When lump in throat and belching appear separately

Each of these symptoms may be a manifestation of different disease processes, or be responsible for the same disease. Separately, a lump in the throat is a symptom of the following diseases.

When belching air and lump in throat are symptoms of the same disease? A little more detail on some processes.

Esophagitis is the cause of belching and lump in throat

Esophagitis — inflammation of esophagus, its mucosa. For this disease is characterized by the following symptoms.

Lump in throat and belching in GERD

Gastroesophageal reflux disease is characterized not only esophagitis, but a weak lower esophageal sphincter. It is a circular muscle in the lower third of the esophagus that separates the two divisions of the digestive system (esophagus and stomach) and prevent backward reflux of food during meals. The process involved more and stomach. Inflammation of the membranes which leads to increased development of gastric juice and hydrochloric acid. Because of them, after eating a person concerned about the constant heartburn and belching air, but in addition, as a result of hitting the walls of the esophagus, a feeling of a lump in my throat. It’s not all the charm of GERD. The complaints are diverse and relate to various organ systems.

For esophagitis and GERD to confirm the diagnosis, it is necessary to conduct more in-depth survey than a history. First need to do a EGD.

Neurosis — another cause of burping and a lump in my throat

The reaction of the nervous system to stress, change of environment, loss of a job or a loved one always takes its toll. In addition to temporary apathy and unwillingness to live a full life, with time comes the coma feeling behind the breastbone and a burp.

In the process of development of a neurosis the person is emotionally experiencing a casual event, a little too bright responds to simple actions of people around him. Therefore, during meals, conversations, lengthy explanations swallowed excess air, which later is removed by burping. Lump in the throat in this situation will occur not due to lesions of the esophagus and nearby organs, but because of the reactions of the nervous system to events.

Medicines as cause a lump in throat and burping 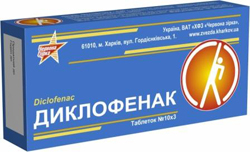 Nobody does not detract from the useful properties of the constant taking many drugs. But sometimes there are two nasty combination when they are used:

A striking example is the use of non-steroidal anti-inflammatory substances. Lump in esophagus and belching are not the most severe manifestations of such love to these substances. All doctors, and now many patients know that «Nimesulide», «Diclofenac», «Xefocam» and other means of this group, destroy the protection of the mucous membrane of the digestive system. Prolonged and uncontrolled taking them sometimes promotes the formation of erosions and ulcers. In more severe cases it can cause bleeding.

Burp the air and a lump in my throat also appear during use of steroid drugs.

To avoid such consequences, it is necessary while taking these medicines to protect your stomach proton pump inhibitors, preferably for the entire course of treatment.

The reason for the development of a lump in my throat and burp the air can be simultaneous for various diseases. Two completely incompatible pathology can appear at the same time. For example, thyroid gland disease in which there is sensation of a foreign object during the ingestion of food, and gastritis, manifested by belching.

Poor quality food will lead to constant belching air, and a sense of coma will occur with pharyngitis.

Whatever the cause of these symptoms, but the simultaneous appearance of a lump in my throat and burp the air is the reason for the trip to the doctor. In the worst case, you will have more thoroughly examined, but it is only on health benefits.