A precancerous condition of the cervix, diagnosis and treatment

Cancer does not occur instantly, cervical cancer is no exception. This long process begins with underlying diseases, with a fertile soil, on which lie the triggers. A precancerous condition of the cervix — edge the condition of the tissues: it is not cancer, but it is not the norm. This frightening and quite blurry for many women, the term requires clarification. In order to resolve this pathology, you should read more to learn how it arises, what is triggered and what to do when it is found. 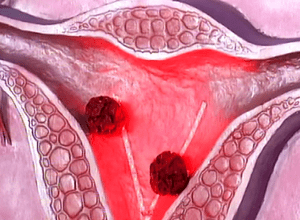 The cervix is visible during gynecological examination of the uterus, prominent in the vagina. Its surface is covered with stratified squamous epithelium (MBE), is able to resist infections, injury and pathologically hostile environment of the vagina. This kind of tissue has many layers, regenerates quickly, has a light pink or grayish color.

The inner surface of the neck (the cervical canal), covered with a very different type of epithelium is cylindrical. It is more delicate, single layer and is not adapted for testing attributable to the vaginal portion. Fabric color bright, red, to determine a zone of transition (transformation) in the external throat.

The border between these tissues are the most vulnerable, gynecologists call it “zone of storms” or the transformation zone, as it is a big part of pathologies (like cancer threat, and background).

Conventionally dangerous are any changes in the epithelial tissues of the cervix. But distinguish background and precancerous diseases of the cervix on the main symptom is affected by whether the morphology of the cells. 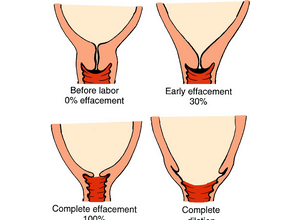 Underlying diseases consider any deviation from the normal condition of the mucous membrane, when the cells retain their properties and structure, but can be detected “on the spot” or to be damaged.

Background diseases of the cervix develop in the presence of adverse factors:

Hormonal changes in adolescence, menopause, endocrine disorders in women of any age can also lead to various diseases and pathological conditions.

All sex bacterial infections, and viruses can cause diseases of the cervix, hitting it with a tissue, and some provoke malignant transformation. 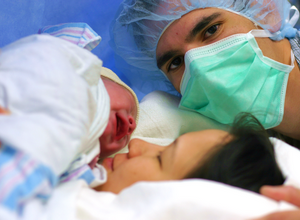 Any adverse conditions in the vagina can cause disruption of the integrity of the epithelium covering the cervix. Occur inflamed areas, sores, some areas of tissue die. This state is called the true erosion.

If the eroded surface is covered with cylindrical epithelium instead of a flat, pseudo, they say. The zone of transition of one kind of tissue into another is shifting, upon inspection reveals itself in marble spots and stains red. Because the endometrium has less protective properties than the squamous epithelium, appearing “out of place”, it is easier affected by infections, trauma, bleeding. Often, ectopia may be congenital and does not require treatment.

Option ectopia is ectropion (eversion) of the mucous from the cervix into the vagina with the immaturity of the reproductive organs of young women and girls, as well as after birth into adulthood. Eroded ectropion — eversion of the same, but the result of ruptures of the cervix or uterine body. In this case, the pseudo accompanied by the appearance of scars.

At different stages of a pseudo-may be abnormal keratinization of the tissues. The affected areas rise above the level of normal epithelium in the form of white plaques that cannot be removed like the plaque.

Simple leukoplakia does not affect the deeper layers, does not change in cells and refers to background diseases of the cervix. The atypical form is characterized by enhanced cell division with changes in their structure and it is a precancerous condition.

A rare form of disease of the squamous epithelium when it becomes thinner so that through x-raying the blood vessels. As a result, the lesion appears like rough red spot on the background in a lighter, healthy tissue.

These endometrial growths appear most often inside the cervical canal. Their occurrence is associated with hormonal, immune, metabolic disorders in the body. These formation of rounded thin legs can appear singly or in groups. A harbinger of cancer anomalies is the only form of adenomatous polyps.

The viral nature growths found on the cervix in the form of clearly defined rosettes, consisting of elongated filaments or papillae. As the cause of pathological proliferation of the epithelium, most often reveal the herpes virus and papillomavirus human (HPV). The tendency to malignant degeneration of papillomas are of several types, the most aggressive of viruses 16 and 18 strains of HPV.

Common pathology when intrauterine endometrium grows within normal limits, covers the adjacent organs, the peritoneum is detected in either “grows” in the muscular wall of the uterus. Process provoke mucosal injury of the surveys, operations and gaps. During menstruation, the endometrium implantiruete in inappropriate places, under the influence of hormones begins to bleed, as a result, surrounding tissue becomes inflamed.

All these diseases do not themselves turn into cancer. For the development of precancerous processes, in addition to the “soil” in the form of background diseases of the cervix, the necessary triggering factors and additional terms.

As there is a precancerous condition 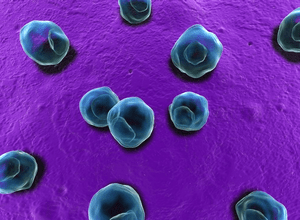 Changing the structure of the cell from the inside, and so provoke its rebirth, some aggressive infection. Their pathogens are able to penetrate into the cell and introduce into the core of its DNA.

The main infectious agents of precancer, according to statistics, are:

Increases the likelihood of developing pre-cancer of the presence of multiple infections or their combination with HIV.

A favorable environment for the development of pathology to create the following factors: 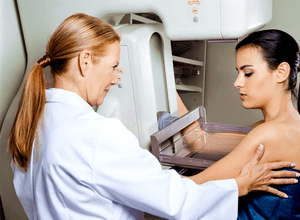 Most often observed in the presence of several negative factors that worsens the prognosis and complicates treatment of the disease. For successful treatment you need to change the way of life, otherwise the treatment will not give result, possible relapses and reinfection.

Dysplasia is precancer of the cervix

The term dysplasia consolidate all types of precancerous lesions of the cervix. In the literature and in the diagnosis, the correct scientific name cervical intraepithelial neoplasia (CIN or CIN).

Dysplasia say, when the cervical epithelium violations occur already within the cell. Change the size and shape of the nucleus, sometimes several nuclei becomes, the extra vacuoles. Usually cells are prone to accelerated cell division, but has not spread beyond the mucosa.

Dysplasia evolving from deep layers of the epithelium through to the surface layers. The topmost layer is not affected and all changes occur covertly, in the middle layers of tissue.

The first two stages of medicine are referred to reversible processes. Timely, appropriate treatment can stop the pathological process. Due to the growth of normal cells, abnormal “ejected” to the surface and rejected. The third stage is a dangerous condition that leads to the development of cervical cancer and require surgical treatment. 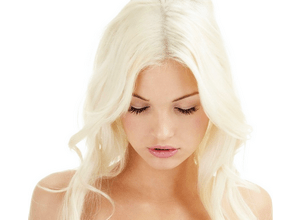 As a rule, background and pre-cancerous (benign) diseases of the cervix are without specific signs. This is the insidiousness of these diseases — without regular inspections at the gynecologist to determine what pathological process has begun, it is impossible. The symptoms such as discharge, pain manifest itself concomitant infections or advanced stage.

During colposcopy, the doctor detects abnormal areas that are not painted with Lugol’s solution (a preparation containing iodine). These pockets are called acutally epithelium. During the procedure are identified and other changes:

All these phenomena indicate the presence of pathology and require further examination.

Great value in the diagnosis of precancerous lesions and cervical cancer is to detect signs of HPV infection. A typical manifestation of HPV infection in gynecology is presented in the table. 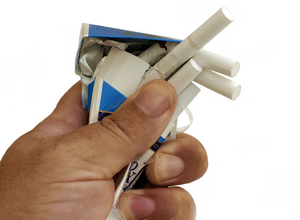 Establishing an accurate diagnosis and finding out its causes, the gynecologist determines treatment strategy. In the case of underlying diseases and initial stages of precancer, it is shown conservative treatment with constant monitoring of results.

Possible directions for therapy in diseases of the cervix:

In any case, will be prescribed vitamin complexes for maintenance of normal work of all systems of the body and increase resistance to infection.

The frequency of observations determined by the attending physician, but a prerequisite — colposcopy and Cytology at least once in 3 months. The monitoring is carried out for about 2 years, if the situation deteriorates can be proposed methods for surgical removal of pathological tissues. Often, strict adherence to recommendations over time allows you to get rid of the unpleasant diagnosis.

For surgical treatment of background and precancerous diseases of the cervix developed many modern methods of hardware removal. For excision using radio wave and a laser knife, the cautery and removal of the freeze. Along with the modern use of conventional surgical removal during the classical operation. In each case, the method of getting rid of unwanted tissue is chosen according to the indications, availability, and possible risks for the patient.

To remove the tissues from precancerous changes and cancer in the early stages there are special methods of cone biopsy, partial or total removal of the cervix. In severe cases and for patients in postmenopausal women employed full removal of the uterus and appendages. Each woman is able to prevent a situation where doctors have to fight not just for health, but for the life of the patient.

Dysplasia is the most common pathology of all the possible diseases of the cervix, and only about 10 % of severe dysplasia were transferred to the stage of cancer. Because hearing a frightening diagnosis, a precancerous condition of the cervix, you should not panic, but to act. Modern medicine, coupled with the efforts of the woman are able to defeat this dangerous enemy.

Effective method of cancer prevention is vaccination against HPV. Prior vaccination is not superfluous to consult with your doctor.