Menopause is a gradual extinction of the reproductive function in the background of the decrease in the production of hormones. During this period a woman experiences a lot of different unpleasant symptoms, from bad moods to heart pains. This happens around the age of 40 – 45 years old, so every woman nervously awaits the onset of menopause, and is trying different ways to delay this moment. 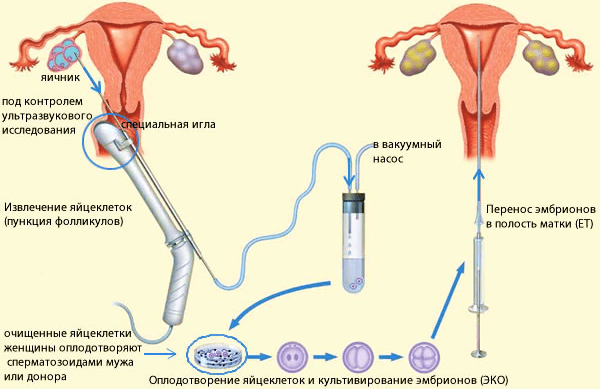 Ways to achieve this state:

Removal of the ovaries is performed for benign and malignant tumors, injury to the ovary. Radiation therapy is used in Oncology, in case of impossibility of surgical intervention and in complex with medicinal treatment. If removed or irradiated both ovaries, fallopian disrupted the natural cycle, there comes a menopause. These changes are irreversible, in the future needed replacement therapy.

Endometriosis is the appearance of foci of tissue similar to endometrium, in abnormal places outside of the uterine cavity. This tissue undergoes the same cyclical changes which occur in the uterus. The location of the lesion distinguish between genital and extragenital endometriosis. In the latter case, in addition to the internal and external genitalia, and affects other organs and systems of the body.

It is believed that intrauterine surgical procedures (abortion, curettage, cesarean section) contribute to the germination of the endometrium the thickness of the uterine wall, and spread to other organs of the reproductive system, and blood and lymph cells enter other tissues. This is a hormone-dependent disease occurs aged 20 to 45 years, that is, in the reproductive period. As in the typical endometrium, endometriotic lesions are estrogen receptors, and under the influence of estrogen is a growth. To suppress the production of estrogen and is called an artificial menopause. 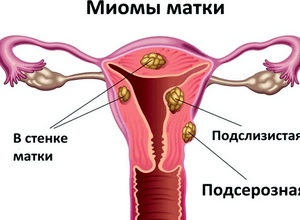 Fibroids are benign hormone-dependent tumor of the muscular tissue of the uterus. The growth of the myometrium provoke produced in excess of estrogen and progesterone. The growth of muscle tissue similar to their hypertrophy during pregnancy. There are simple fibroids and proliferating (growth of fibroids). Uterine fibroids is also the indication to cause an artificial menopause.

Infertility – the inability to conceive and give birth to child in reproductive age for 12 months. Can occur, due to the lack of ovulation with a lack of progesterone. This may also apply to drugs for artificial menopause, as they suppress the production of estrogen, increase progesterone concentrations and ovulation happens.

Drugs used to suppress the production of estrogen

Medication menopause contributes to a change in the normal menstrual cycle. Experts recommend the use of three groups of drugs. Analogues of gonadotropin releasing hormone (GnRH), and Progestogens antigonadotropnym means:

For the duration of the impact these drugs are divided into the following forms:

The duration of treatment is personal, it is the period from 3 to 6 months, which are set by the specialist individually. It all depends on the severity of the disease and the end result, which wants to reach the attending physician. The use of such medicines more than 6 months is not practiced. To alleviate and eliminate the unpleasant symptoms of the artificial menopause is performed in parallel add-back therapy (therapy cover).

READ  How old to use tampons

The use of these drugs reduces the proliferation (growth of cells), thus reducing symptoms of endometriosis, and promotes the regression of hormone-dependent tumors. There is a perception that the GnRH agonists affect not only the pituitary, reducing the secretion of gonadotropic hormones that regulate the ovaries, but also directly on the tumor at cellular level. 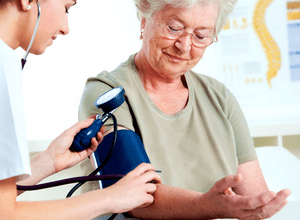 In a state of artificial menopause occurs in the body, the same changes as in the natural, but given that medically induced menopause occurs much faster, the symptoms may be more sensitive. A woman concerned about hot flashes, sweating, dizziness, tachycardia, irritability, dryness in the vagina.

In the process of natural extinction of sexual function, which is accompanied by a first irregular, and then the complete cessation of menstruation, the body changes occur and other organs and systems:

Medication menopause will not cause such serious changes in the body, it is temporary. Normal menstrual cycle is restored after treatment, and all changes that occurred during menopause, gradually disappear. 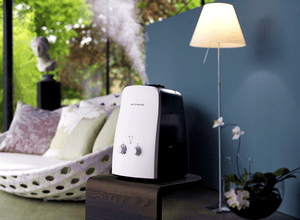 In the period of natural menopause to relieve symptoms of menopause used hormone replacement therapy. In the case of artificially induced condition therapy cover. Improvement can be achieved by indirect methods aimed to alleviate each individual symptom.

To ease the sensation of heat, and tides, no need to take a hot bath, steam bath or sauna, it is better to wash under a cool shower.

To avoid excessive irritability help walk in the fresh air, playing sports, socializing with friends and loved ones. To get rid of stress can be creating around themselves a comfortable existence. Well, if the room, home and working woman, there is air conditioning or a humidifier.

Adjusting your diet, you must avoid fatty, fried, spicy, coffee and alcohol because these products can cause feeling of increase in temperature. It is advisable to quit Smoking.

During intercourse you can use special lubricants that are perfectly safe, but very well-moisturize the vaginal mucosa, which contributes to the enjoyment of the unlike sensations during intercourse during dry. Increased over time foreplay, the relaxed atmosphere and pleasant relaxation will allow you to feel the joy of life, despite illness and serious treatment.

The choice of clothes and linen should be focused on products made of natural materials casual excludes synthetic lace lingerie, close model, jutting out of the strap.

The output of the artificial menopause should be gradual. After the abolition of prescribed medicines normal ovarian function is restored within 1 – 3 months depending on the forms drug used. Uterine cycle comes in again in its usual time frame, the woman could get pregnant and give birth to a healthy baby. For some it can happen already on the first or third ovulation, others later.

After artificial menopause, a woman’s life is back to normal, the disease is overcome or suspended. So do not be afraid to use this method of treatment for serious diseases.

The assertion that menopause will never end, not restored libido and reproductive function, the body begins deep and irreversible pathological processes has long been refuted and translated in the category of myths.

While observing the prescriptions and recommendations of a physician, in the absence of stress and fear, with a positive Outlook on life, the treatment will pass unnoticed and quiet and at the same time a severe illness and will allow you to perform a lot of planned or unfinished business.