Currently, practitioners need medicines that have an intense revitalizing effect. Many patients after surgery have decreased immunity and weakened body due to the use of a large number of medicines. This causes not only an increase in the duration of recovery, but also the occurrence of various inflammatory diseases that are due to the lower reactivity of the organism very badly cured.

The drug “Methyluracil” became the leader among restorative medicines. The drug speeds up the healing process after surgeries, injuries and various acute and chronic inflammatory diseases. Especially valuable are the forms of this drug for local action, as they are in the right complex treatment contribute to rapid recovery of the body and restoring function of tissues.

Candles with methyluracil in gynecology used for a long time and has long gained popularity among doctors and patients. His appointment is recommended in virtually any pathology of organs of small pelvis. The drug for many years meets all the quality standards of pharmaceutical products, which is confirmed by numerous positive reviews. 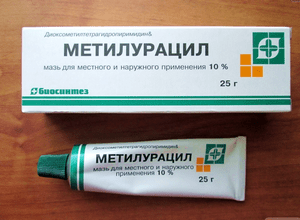 The drug belongs to a group of medicines that enhance the recovery processes of cellular structure and function of tissues. He has a strong immune stimulating effects, it increases not only the activity of cellular immunity, but also stimulates the formation of red blood cells and white blood cells in the bone marrow. The drug is produced in the form of ointments, tablets, suppositories, which allows its use for different diseases.

The nature of the action of methyluracil depends on the application method. Tablets are used for tissue repair of the gastrointestinal tract with erosive gastritis or gastric ulcer. Also the tablet form is used as a drug General action, which stimulates all the systems and organs in the human body. The ointment used in external damage to the skin and especially when long-term treatment.

READ  Discharge of gray scented and unscented: causes and treatment

The ointment possesses a photoprotective effect which protects the skin from harmful effects of ultraviolet rays of sunlight. Suppositories are used in diseases of the pelvic organs in women, with the aim of enhancing local immunity, anti-inflammatory actions, as well as the rapid restoration of the structure and function of tissues after surgery or trauma. 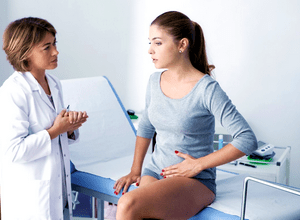 Currently, gynecological disorders come in first place among diseases in women. Almost every disease is characterized by impairment not only of function, but the structure of the fabric, the complexity in the treatment of such diseases is that the sources of inflammation are in places with limited access. Therefore, the treatment for inflammation of the pelvic organs, especially in case of delay in identification or treatment of disease, rarely a full recovery. Often the acute inflammation becomes chronic course, causing many complications.

To such pathological conditions include:

Indications for use in obstetrics of the drug Methyluracil Most of the diseases that require complex treatment in gynecology, with the mandatory use of suppositories “Methyluracil” accompanied by wounds, erosions, fissures, postoperative sutures on the tissues of the pelvic organs. Good and fast effect of healing, according to responses of buyers, has methyluracyl ointment. It is used in the period of convalescence after giving birth vaginally. This is because natural childbirth is often accompanied by tears in the vagina, perineal fissures and wounds of the cervix. Young girls the use of candles is shown in the presence of erosion of the cervix or colpitis vulvita.

Abortion and curettage are sometimes necessary, but dangerous for the female organism procedures. Because the risk of infection and complications, inflammatory is quite high. Methyluracyl candles in gynecology is prescribed to prevent complications and to speed up the healing process.

Rules for the use of methyluracil suppositories 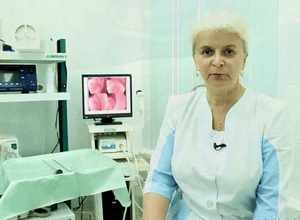 For the drug you need to consult a gynecology specialist. It is the doctor can properly evaluate your health condition, cause, severity of the disease and to choose the necessary comprehensive treatment. In the complex treatment of gynecological diseases often includes drugs, anti-inflammatory, antibacterial, antiseptic action. Some of these drugs should be of General validity.

If the drug is used as anti-inflammatory and immunomodulatory agents, the desirable frequency of application will be 3 – 4 times a day in combination with anti-inflammatory and detoxification by means of General validity. The use of the drug for the purpose of healing of surgical wounds requires the use of no more than twice a day. Compliance with all recommendations instructions for use of drugs that contain a substance methyluracil, will provide the result of treatment in a short time.

The drug is of high quality, so side effects of the drug occur very rarely. Among the reviews women are more common allergic reactions, which were less by pharmacological means methyluracil, and auxiliary substances. They added in the drug for the purpose of formation of the suppositories and to improve the penetration of the drug into the tissue, stimulating the beginning of its operation. It should be noted that when used in some cases, there are dizziness, headache, nausea, burning sensation in the first minutes when the drug is administered.

Contraindications to the use of Methyluracil 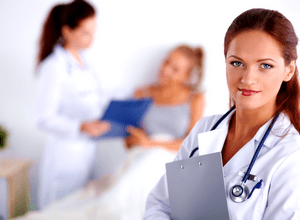 The drug “methyluracil” safe for use in most diseases of various organs and systems, but at oncological diseases of the blood, its use is strictly prohibited. These conditions include acute and chronic leukemia, Hodgkin’s disease and malignant tumors of the bone marrow. Inappropriate use of the drug if you have allergic reactions to one of the components of the drug.

The use of candles methyluracil not only shortens the period of convalescence in gynecology, but to prevent the transition of acute inflammation in chronic. This action is performed by a quality and mild stimulation of all body systems, aimed at combating the cause of the disease. We must remember that only a qualified specialist can professionally make a diagnosis and to appoint correct treatment.