Cervical biopsy: how to do, and that shows

If during the examination the doctor something alarming – the presence of papillomas, polyps, erosions, any tumors, as well as change the color of the mucosa immediately assigned a biopsy. The mucous of the cervix of the patient osipyants small particle for subsequent histological studies in the laboratory.

That shows a biopsy of the cervix?

This procedure is the main way to detect cancer of the cervix in the early stages, so its implementation is administered upon the slightest suspicion of Oncology. The sooner the disease is discovered, the more successful the treatment. This analysis helps to confirm or disprove such diseases of the cervix as leukoplakia, dysplasia, occurs when infection with human papillomavirus (HPV), endocervicitis, hyperkeratosis. According to the study gynecologist determines the nature of the cells lining the cervix, and, on this basis, chooses the methods for further treatment of the patient.

A biopsy conducted on the cervix is a small local operation. However, as with any surgery, it could lead to internal bleeding. It is very dangerous for patients with low blood-clotting factor, because the cervix is literally riddled with small and medium-sized arteries. It is also impossible to carry out this manipulation of women suffering from sexually transmitted diseases. The reason being that the sexually transmitted infections, always accompanied by pathogenic bacteria and fungi. In injuries of the mucous of the cervix during a biopsy, they penetrate into the wound and cause inflammation.

So, in the absence of these contraindications, a gynecologist immediately assigned a biopsy of the cervix. 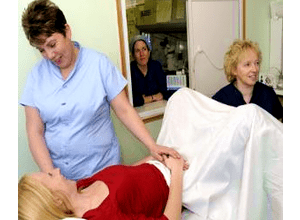 Sometimes it is necessary to conduct a biopsy study of the CMM in a pregnant patient, if the physician determines that prior to delivery to pull dangerous to life and health of the woman. Pregnancy is not an absolute contraindication to this procedure. However, it should be borne in mind that in the 1st trimester it increases the risk of miscarriage, and in the 3rd trimester can cause preterm birth and prematurity of the newborn. Therefore, the optimal period for the forced direction of a pregnant biopsy is the 2nd trimester of pregnancy. If the gynecologist will conclude that the case is uncomplicated, the procedure can be deferred until 6 – 7 weeks postpartum.

How to prepare for the procedure 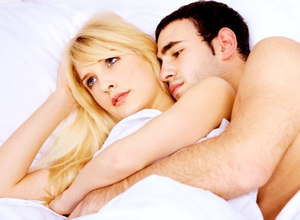 To exclude the presence of women infectious diseases of the sexual sphere it is necessary to hand over analyses – a smear on the microflora disease, hidden infection and for Cytology. If there is evidence of infection, the patient should receive treatment appropriate antibiotics and re-PAP. Is also necessary to make a colposcopy (simple and advanced), General blood test, to check blood clotting, HIV and hepatitis.

If all the tests are clean, then wait for the end of regular menstruation. This is necessary in order to until the next month the wound in the mucous membrane of the cervix, where plucked a single particle to study, completely healed. Most favorable for carrying out the intervention are considered to be from 7 to 13 days of the menstrual cycle.

In order to avoid complications gynecologists suggest to eliminate the sex for a couple of days before a biopsy of the cervix; do not use tampons and do not f squirt vagina; not to enter medicine (candles).

The evening before, when will the research be conducted, it is necessary to take hygienic shower and carry out the necessary cleaning procedures. If you want to do General anesthesia, it is advisable to refrain from eating for 8 – 12 hours before the mini-transaction in order to in the postoperative period there were no problems with the intestines.

READ  How to take acyclovir how to take for herpes

Mentally preparing for the procedure, many patients ask friends and watching videos online about how to make a biopsy of the cervix because they have a fear of pain in this mini-operation. In fact, in just the cervix has no nerve endings, i.e. to feel the pain in this place is simply impossible. However, it is the psychological stress on women and the expectation of discomfort can lead to a rather painful spasm of the uterus, resembling menstrual acute pulling in the lower part of the peritoneum. If the operating doctor will see that the patient is tense and very worried or afraid, he should use local freezing (operated area of the cervix) lidocaine. The woman, making sure she was anesthetized, calm down and relax, and a mini-operation will take place without complications. Before the procedure, the patient consents in writing to the biopsy.

How to conduct biopsy analysis

In the implementation of the biopsy on the cervix the doctor can act in different ways, depending on the chosen method of manipulation. 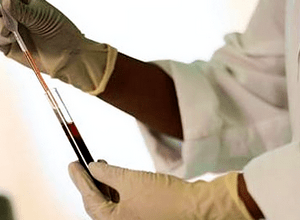 The whole procedure is carried out on the gynecological chair. As a rule, the woman is conscious, because it is only local anesthesia. Operating the instrumentation also varies from that, how is the biopsy. The vagina of the patient are entered as standard gynecological mirror for a better view of the cervix from the inside. Special lamps bright light is illuminated by a gynecologist are interested in the suspicious area of mucous membrane. A small portion of the mucous membrane and changes excised and sent to a laboratory for detailed histological analysis. The whole procedure lasts about 10 minutes, then give the patient to recover and go home.

Sometimes surgery is performed using General anesthesia and takes about 15 – 30 minutes. In this case, the doctor insists on a 1 – 2 day hospitalization after biopsy of the cervix for observation since complications can arise. In this case the whole survey period the woman is given a sick-list.

Not every doctor is available an adequate explanation indicators of this study. In order to correctly assess the results of the biopsy of the cervix, to interpret them is to a specialist oncologist or gynecologist. If the patient is taken to decipher the results of the procedure independently, it can be unnecessarily scared some professional terms and their exponents.

In what ways biopsy CMM

Techniques for biopsy research are many, for different occasions and for different patients. When choosing a specific method a gynecologist followed the Protocol, which was previously prepared diagnosis and the anatomical features of a woman. In some cases, a biopsy is carried out as a therapeutic measures for cervical pathology.

The main methods of conducting bioscopia CMM are as follows:

Effects and complications after biopsy 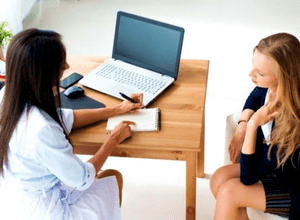 A natural consequence of the biopsy, like any surgery are bleeding with different duration and degree of intensity that is caused by way of the procedure and the anatomical features of a woman. The «bloodless» can be called the wave method, and a loop biopsy (excision), in contrast, causes excessive bleeding.

A biopsy of the cervix has such effects as increased temperature due to operating stress and / or infectious complications, and nagging pains in the lower segment of the abdomen and in the cervix. Also not recommended exercise and resume sexual activity earlier weeks after the biopsy of the cervix. The exact period of limitations will tell the doctor.

Conclusion biopsy of the cervix is preparing for two weeks. The results of the analysis can reveal such changes:

The results of the biopsy of the cervix must decipher a gynecologist. According to the testimony appointed consultation of the oncologist. When doubtful diagnosis can be performed re-biopsy.