Cervical conization, what is the procedure

Malignant pathology of the cervix is one of the most common and leading to death. Annually 270 thousand cases of death of patients with this diagnosis and about half a million new patients. Cervical conization is a surgery which removes the affected part of the cervix.

Early diagnosis of tumors of the cervix at the stage of precancerous lesions has radically changed approaches to treatment. Major surgery with a long rehabilitation period and a variety of complications have replaced local low-traumatic surgery. Postoperative period passes in the outpatient setting – the patient usually the next day is discharged from the hospital. Timely therapy can prevent development of cervical cancer and save the life of the patient.

The classic minimally invasive interventions about the background of precancerous lesions include cone biopsy of the cervix (cone resection). This surgical intervention is performed through the vagina. The operation is a conical excision of the changed tissue of the cervix and elements of the cervical canal.

The indications for minimally invasive intervention is:

In the early stages of CIN, and if possible a clear visualisation of the lesion may conduct other methods of influence: vaporization by laser, radiosurgery, cryotherapy and electrocoagulation (DEC). The cost of the procedure will differ depending on the applied technique and surgical volume.

The presence of the infection says the appearance of yellow, green and cheesy discharge from the genital tract with an unpleasant odor, itching and burning. If the infection is laboratory-confirmed, should undergo a course of therapy and then return to the issue of conization. During pregnancy and lactation surgical treatment is not carried out. The final decision about the possibility of surgery is taken by the gynecologist after examination of the patient.

Before the operation must be trained:

Upon reaching normal values stroke and after exclusion of an infectious process, a surgical intervention.

The removal of the tissue is carried out in a variety of ways – from using classic scalpel excision to high-power laser radiation. This group of non-drug therapy of precancerous diseases include electroconsult or diathermocoagulation, destruction of tissues using laser, ultrasound and cold. The choice of surgery depends on stage of disease, medical institution and specialization of the doctor.

READ  Seatmate what it is, fluid in the uterus in the elderly

Mechanical cervical cone biopsy performed with a scalpel: in the primary cancer localization within the cervical epithelium, a significant hypertrophic and post-traumatic changes (scars, ruptures, a large area of erosion), recurrence of polyp, that is, when an extensive process with involvement of the deeper layers.

One of the main complications of such an operation, not counting the classic postoperative problems (infection and bleeding), is scarring, which can lead to deformation of the cervix, a violation of its elasticity with subsequent infertility and impossibility normally to carry the pregnancy and give birth.

LEEP, LLETZ – all names for loop electrocautery excision (electroexcision) of the cervix. The procedure is shown in CIN II and some other pathological conditions as an alternative to a full cone biopsy. Under local anesthesia using a special loop, the doctor removes the affected area. The resulting material is sent for histological examination. Healing occurs within 4 to 6 weeks, subject to all recommendations of the doctor. The biopsy treatment may be continued using other methods.

After the procedure you experience intermittent pulling pain in the abdomen and bloody (pink, red, brown) discharge from the genital tract. Such symptoms persist up to three weeks, and then gradually disappear. Within 4 – 6 weeks it is necessary to refrain from sexual activity, sauna, steam bath, swimming pool. Control colposcopy is prescribed after 2 to 6 months after therapy. If unsatisfactory results are shown repeated surgical intervention. 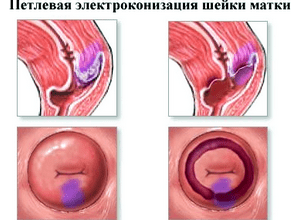 Excision of tissue is endoscopic electrode connected to the electrosurgical apparatus. The electrodes can have a different working form, but the principle of one. Passing an electric current of high frequency causes a rapid and intense evaporation of water at the site of contact, the fabric is literally “explodes”. This causes the cutting effect. Coagulation of small vessels is carried out by high voltage with quick dispersion.

Today are used in electrosurgery monopolar and bipolar system. In the unipolar electric current leaves the generator through the tool to a grounded charge back. Grounded Board is a metal plate that fits under the patient. In the bipolar embodiment, two electric poles are in one electrode.

Hotel reservation carried an electric current of various frequency and power. The strength of the impact depends on the area and depth of the lesion. If the pathological changes are of a superficial character, the predominant mode of coagulation. When the distribution process in the deeper layers – cutting. Technique will depend on the severity of the disease and prevalence of process.

The advantages of the technology include the complete removal of the affected tissues with detailed histological examination and a low percentage of complications. Radio wave conization of the cervix was the most common due to the best balance of efficiency, price, controllability of exposure and absence of complications. 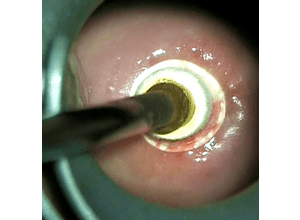 How is the surgery performed during cryoablation? Surgical exposure is performed using a contact cooling substances under the action of low temperatures, usually liquid gases – nitrogen, freon or carbon dioxide. The duration of cryoapplication is about 4 minutes. This method is used when a slight background change.

The advantages of the method and experts attribute the limited zone of necrosis, the minor trauma of the surrounding tissue, no scarring, painless procedure. The disadvantages — a large rehabilitation, few controlled the depth and force of impact, frequent relapses, the inevitable formation of scab and the duration of wound healing.

Modern method of treatment of the cervix, based on altered tissue coagulation argon plasma. Effective and non invasive method to get rid of the problem and to prevent recurrence of the disease. In the process of therapy, the doctor can adjust the depth of penetration from 0.5 to 3 mm. healing takes place in the shortest possible time. The procedure is performed quickly and painlessly, in the comfort for the patient conditions (no smoke, odor, etc.). Recommended parous women.

Radiosurgery is a progressive technique to get rid of cervical pathology without scarring and other negative effects. The procedure is done on modern machines (Fotek, Surgitron). Radiowave surgery has good performance and short period of rehabilitation, therefore it is recommended parous women.

In surgical gynecology, is used carbon dioxide laser. At the heart of the device is the property of selective absorption of energy of coherent radiation distinct structures of biological tissues, in this case intracellular fluid. In the course of action is instant heat and destruction of the changed cells.

Cauterization of the epithelial dysplasia is absolutely painless. Tissue necrosis is controlled and minimal. Cicatricial connective tissue and the scab in the affected area is not formed. The rehabilitation period is much shorter than other methods of minimally invasive destruction of tissue of the cervix. The disadvantages of the method should be attributed to the effectiveness of treatment with invasive and advanced cases.

The postoperative period after cone biopsy of the cervix

In the normal course of operations and the absence of any side effects the patient is discharged home the next day, and with a slight amount of surgery the day of surgery. Time and the number of visits prescribed by your doctor.

READ  Cysts in the mammary glands

The rehabilitation period can take from several weeks to a month. It all depends on the condition of the woman’s body, the diagnosis and type of surgery. Among the most common complaints after surgery – pain in the lower abdomen, bloody discharge (clots, discharge of scab) for weeks, heavy periods. There may be a delay monthly and crashing cycle. In this situation, you need to go to the doctor to get tested and to avoid negative consequences for the body.

The possibility of pregnancy 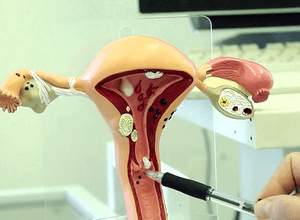 In most cases, precancerous lesions and cervical cancer develop in predmenopauzne period, i.e. at the age of 45 – 60 years. However, in recent decades there has been a sharp increase in the number of malignant diseases in young women. Thus, one of the main functions of modern gynecology is not only the detection of cervical pathology in the early stages, but preserving the ability to conceive, carry and give birth to a healthy baby.

The main side effect of surgical operations that significantly affect fertility are cicatricial changes in the cervix. Major scarring can cause stenosis of the violation of the evacuation of the menstrual fluid. But such complications is relatively small.

The most frequent side effects of surgical procedures, miscarriages and premature birth from a weakened cervix (ICN), as well as the impossibility of natural delivery as a result of violation of tissue elasticity.

Advanced minimally invasive treatment methods to obtain exceptional results. Pregnancy after cone biopsy of the cervix occurs without any complications by reducing the volume of surgical intervention. Scar tissue is formed in small amounts, and after a few months the elasticity of the cervix is fully restored.

Cervical cancer is a dangerous disease, but early detection of precancerous conditions allows to achieve a complete cure in a short time without any side effects.