Among all gynecological diseases associated with structural changes of the tissues of the reproductive organs, 4% is a polyp of the cervix, the symptoms and treatment of which it is desirable to determine at an early stage of development. Despite the benign nature of the origin of the polyp of the cervix, the particular danger is the probability of malignancy in the absence of adequate treatment. Hidden symptoms increases the risk of late diagnosis and the occurrence of complications, including cancer. 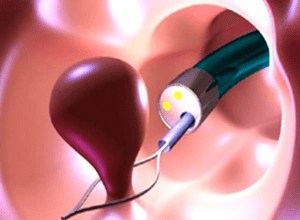 Chronic infectious-inflammatory processes, injury to the cervical canal at the time of the surgical procedures, hormonal changes — the main causes of cervical polyps. A polyp is an abnormal growth of tissue in the cervical canal of the cervix in the form of a pimple, bump, bumps or fungus depending on the type of neoplasm.

Polyp of the cervix is a background disease. He accompanies systemic diseases of the endocrine and reproductive system. Polyps are often diagnosed on the background of dysplasia of the cervix during a pelvic examination. Tumor with a thin stalk or a wide base are also in the body of the uterus – endometrial polyp. Growing beyond it, can be seen by visual inspection of the cervical canal.

Abnormal growth of the endometrium and endocervix may be the cause of infertility. This pathology is often detected in women who cannot get pregnant. Even more dangerous the polyp of the cervical channel is when there are abnormal cells able to transform into a cancer. A striking confirmation of this condition is cervical cancer. 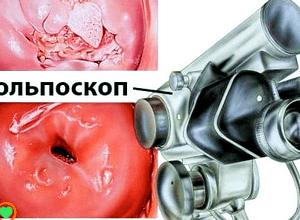 Neglecting regularly scheduled examinations by a gynecologist, a woman automatically gets to group of risk. It may not assume the existence of polyp in endocervix.

The majority of cervical polyps (especially of small size, in the form of a pimple) may not identify themselves because of the lack of pronounced symptoms.

But for the physician, the presence of cervical mucus, even a small pimple is the reason for a more thorough examination of the tumors with the help of colposcopy.

The presence of polyps on the cervix observed in patients of different ages:

The most common cause of infection is the human papilloma virus. In the diagnosis of disease involvement in the development of pathology to consider in the first place with the help of histological examination because of its special oncogenome.

Polyp on cervix during pregnancy — at least common. Its causes can be different: as the hormonal changes characteristic of this period, and infection. Often a pregnant woman learns about the presence of polyp at the time of confirmation of pregnancy.

Despite the almost complete absence of symptoms in the early stages of development to suspect the presence of pathology can help the following symptoms:

These symptoms are characteristic of many gynecological diseases and are not 100% a sign of the presence of a polyp of the cervix. However, their presence is always a thrill, and requires specialist advice. To determine the nature of the disease and the cause of its appearance is enough to visit the gynecologist.

Growth on cervix, diagnosed at the time of survey with the help of mirrors, is an absolute indication for the colposcopy. For more in-depth studies resorting to hysteroscopy. 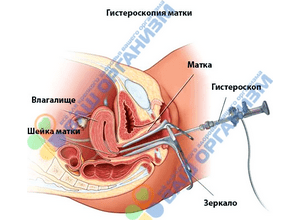 Inserted through the cervical canal into the uterine cavity video camera will allow to deeply investigate the affected area. Polyps in the uterus is also diagnosed through ultrasound.

After careful inspection of the lesion the doctor takes a swab of cervical canal and tissue fragment for further cytological, histological and bacteriological studies. In the complex diagnostic procedures must include the study of blood (including on hormones).

Clinical blood analysis will indicate the magnitude of inflammation in the body’s leukocyte count and erythrocyte sedimentation rate. In the presence of bleeding gynecologist assesses the degree of anemia. Identifying the cause of the disease, the type of pathogen, the doctor prescribes appropriate treatment. 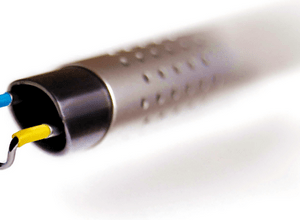 Treatment (removal) of polyps physician conducts the test results. Removal of polyp of the cervix occurs mainly operative way. Surgical intervention is the most effective way to remove tumors and prevent the likely recurrence of the disease in the future.

Removal of the mutated tissue occurs with the help of tools such as: 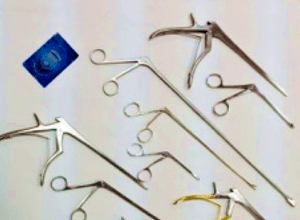 Isolated elements are removed by the method of twisting the base of the polyp. In the presence of multiple formations shown excision by forceps (a special tool to grip the lesion in the form of a clamp with ratchet and oval jaws with notches).

A method of removing a polyp of the cervix attending physician determines on the basis of such factors as patient age, desire to have children in the future, the cause of the polyp, the presence of systemic diseases of the endocrine and reproductive system.

Pay special attention to the manipulations nulliparous women. Scarring and adhesions leads to breaks in the time labor. Wrong remote polyp triggers a structural change of tissue and possible infertility in the future.

Issecheny material sent to the laboratory for further histological examination.

The course of treatment and dose drugs doctor sets individually on the basis of anamnesis data. Control examination within the prescribed by a doctor period is a prerequisite for the prevention of complications. The probability of degeneration of cervical polyps into malignant tumor is always present.

The question of how to remove how polyps on the cervix during pregnancy interested in pregnant women, faced with such a diagnosis at the time of confirmation of the new regulation. Polyp of the cervix, diagnosed in a pregnant woman provides a different treatment strategy.

READ  Homeopathy in menopause: the drug list from the tides

In most cases, a polyp of the cervix during pregnancy occurs as a result of the hormonal changes the body after birth and disappears without treatment. However, this does not always happen. Despite the infectious nature of the origin of the polyp of the cervix no manipulation is carried out until the moment of delivery. Only in the postpartum period, a woman can have a full examination and appropriate treatment.

The recovery period should adhere to the following guidelines:

Timely thorough diagnosis of any structural changes in the tissues of the vagina, cervix and uterine body in the first symptoms, the competent approach and appropriate therapy significantly reduce the likelihood of progression of the disease, the degeneration of polyps to cancer.