Cicatricial deformity of the cervix

In this article, you will learn about what is cicatricial deformity of the cervix, what are the reasons for the development of this disease, manifested as symptomatic disease. Get acquainted with the methods of the remedial measures.

Cicatricial deformity of the cervix is one of the varieties of pathology of internal genital organs of the female, developing after undergoing surgical interventions on the cervix.

Pathology is to change the structural integrity of the walls of the cervical canal.

Morphological feature is the replacement of the normal mucosa deforming scar tissue. The result is an inhibition of the protective barriers of the cavity of the vagina from the penetration of bacterial infection in the uterus. Cicatricial deformity also interferes with the normal course of pregnancy and delivery. 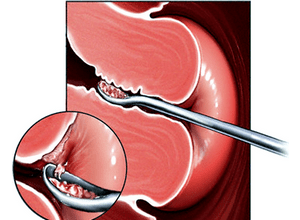 Wall of the cervix is covered by epithelial cells of the cylindrical type, they are able to produce the secret of possessing alkaline properties. In the process of development of the disease a secret from the deformed lumen of the cervical canal enters the vagina, with a predominance of the secret already acidic environment.

The reaction occurring in this process, provokes a breach in the protective system of the body women, there is a change in the normal functioning of the internal genital organs with the allocation of specific secret.

In connection with the inability of the immune system to combat bacterial pathogens at the slightest infection develops inflammation in the affected area.

An important reason for the development of scar deformity of the cervix are previously transferred surgery on the internal genital organs, and traumatic injuries and ruptures of the cervical canal. 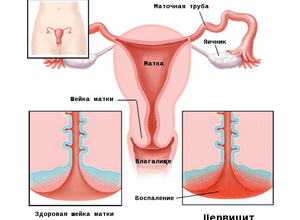 In most cases, cicatricial changes in the cervix can be detected at the passage of preventive medical examinations, symptomatic disease may not manifest itself. A sick woman for a long time may not be aware of the changes that have already developed in her body.

One of the symptoms is pain during sexual contact. Expressed scarring and formation of adhesions can lead to overlap of the lumen of the cervical canal. During menstruation, blood will accumulate in the cavity of the uterus is a condition called hematometra. On its background there is a sharp pain in the abdomen with tension and muscle structures of the anterior abdominal wall. 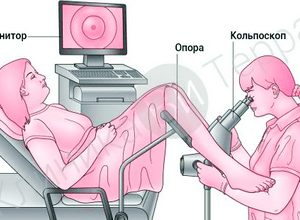 A pathological condition that is associated with scar deformity of the cervix is determined by conducting the expanded colposcopy. The study allows to identify changes on the surface of the mucous membrane and detect the formation in the form of folds in the cervical canal. In the process of colposcopy is taken biopsionnomu material deformed from scar tissue for further histological examination.

Bacterial cultures from the cavity of the uterus and vagina are conducted to determine the presence of infectious and inflammatory foci. 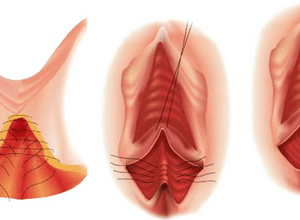 The most common cause of deforming formations in the cervical canal is migrated prolonged labor which was complicated by tearing of the birth canal. Such injuries occur mainly at independent childbirth at home or with the use of special obstetric instruments to remove the fetus.

Pathological condition develops after surgical manipulation of the pelvic organs, with improper imposition of suture material, and after the termination of pregnancy by method of scraping the ovum or embryo. It is not excluded the appearance of scar deformation after cryotherapy / electrocautery is about the erosion or other cervical diseases.

The methodology of therapeutic measures can be selected individually for each patient, due to the age characteristics, the General condition of the body and depending on the presence of associated pathological conditions.

The main aim of therapeutic measures is to eliminate the defects in the anatomical structure of the body, the renewal of physiological reproductive functions and the normalization of the trophic function of the cervical canal. The main and most common method is surgical. During surgical intervention renew the structural integrity and proper topographical location.

In more severe and advanced stages patients are recommended surgery for the reconstruction and plastic surgery of the cervix. At the present stage of medical technology development such operations are performed with a laser. 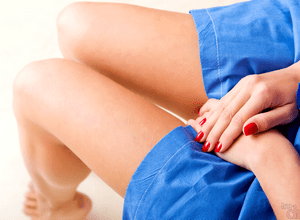 In order to protect themselves from unpredictable and severe consequences should:

Cicatricial deformity of the cervix — a heavy pathological condition which threatens serious problem in the reproductive sphere. To avoid such complications, it is recommended to adhere to the above recommendations and in a timely manner to seek qualified help.