Colposcopy of cervix — what is the procedure in gynecology

Colposcopy — a procedure often performed in the gynecologist’s office, but many in the power of a common ignorance of what it is and fear does it hurt to do it, stop to make a diagnosis.

So, a colposcopy involves an examination by a gynecologist, including control of the cervix, vagina and vulva. The procedure is carried out using a colposcope, which appeared 90 years ago.

Why procedures are so important colposcope? 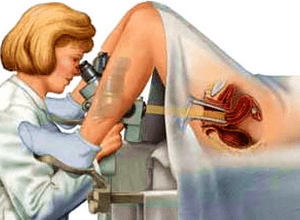 This device enables a detailed examination of the vessels of the female reproductive system, to detect anomalies and to proceed immediately to treatment. This is a device that has movable tripods, optics, special cold-light resource background with the ability to regulate for the best research.

In the presence of go filters green and blue colors to obtain contrast images for detailed familiarization with the vessel and with the formation of the epithelium. With good facilities in the clinic are also applicable photos and widevariety, which already allow the creation of pictures or movie, and the screen is already possible with greater accuracy, there is a guarantee to examine the entire clinical picture and to carry out the chronology of the dynamics of testimony in comparison with the old indicators. In the diagnosis there is a possibility of the presence of several specialists at one time, and the picture is in real time.

About the types of colposcopy

1. A typical survey takes place only visual way, without the use of medication. The analysis only of the discharge including odour, presence of pus or blood, etc., is the examination of all parameters of the cervix, pictures of the vessels. Examines the presence of scars, fractures, tumors, and traced the transition of squamous epithelium into a cylindrical form.

2. Extended colposcopy is associated with the use of reagents, including 3-percent solution of acetic acid. It affects getting a narrowing of the blood vessels in a healthy condition and the lack of such reactions in pathology. 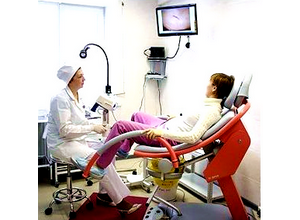 Of course, the most popular type of research is now extended colposcopy the cervix. In this regard, let us not forget about chromocollograph in which the cervix is stained with different dyes to determine at an early stage of cancer. This sample is very specific and effective in 90 percent of cases. And for even better diagnosis of the condition of the epithelium, colposcopy premium will go well with Cytology.

On the question about feelings on the procedure answer is that no, it doesn’t hurt. Perhaps the appearance of some inconvenience, but the procedure is safe and painless. Only in the case of the extended during contact with the acidic reagent can be felt a slight burning sensation. 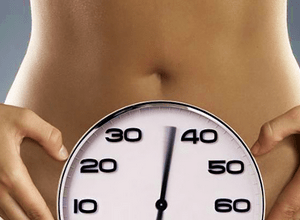 In the unanimous opinion of gynecologists that if each lady will pass this examination once a year. Many diseases in another way cannot be identified .Indications for such a diagnosis as colposcopy, the following:

At what time do not perform the procedure?

Before the colposcopy, it is necessary to follow some simple but essential rules to preserve the vaginal flora in their natural form:

What day of cycle is more indicated for this procedure?

Directed by colposcopy is the best time to diagnose is considered to be the day after the bleeding, namely, 5, 6 or 7 days. Perhaps the use of colposcopy at other times of the cycle, but the result will not be as precise and informative as a result of enhanced production of mucus in the cervix.

READ  Sage: when menopause and tides to accept the healing properties of plants

That may show the colposcopy? 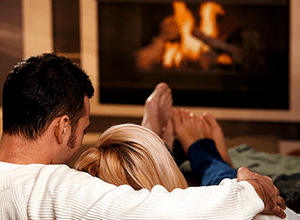 The described procedure is able to identify the development in the beginning of ailments such as endometriosis, metaplasia, dysplasia, leukoplakia, polyps, cervicitis, condylomas. Colposcopy is also able to prevent the development of the disease and its impact on other organs. All of these diseases has its own description, duration and colposcopic vision plan.

Is it safe to do a colposcopy during pregnancy? 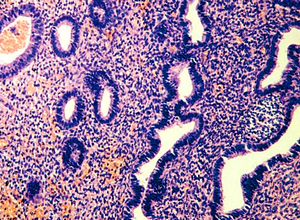 If you are planning a pregnancy, it is very important to carry out the procedure in time to rule out the pathology change of the mucosa and subsequent development of various diseases. This method will be an objective evaluation of possible risks for the mother and baby.

It happens that the expectation of a baby happens and suddenly women and it raises the question of whether to do a colposcopy during pregnancy. And while planned surveys may face unpleasant surprises in the form of various pathologies.

Remember to decrease in immunity and hormonal status changes during pregnancy, which can cause progressive development of the disease have originated.

The study is applicable without chemical reagents of the plan, and, therefore, for woman and for her unborn child, the danger is eliminated. With the existence of any violations in the mucosa, therapy must be planned after the generative process due to the appearance of bleeding. In an extreme situation, such as the presence of end-stage of dysplasia or cancer biopsy is possible. In the case arduini prospects for the future mother caesarean section is shown.

READ  Back pain before menstruation, the reasons why you pulling back

It is necessary to evaluate the probability of attachment of the eggs of the fetus to the uterus within the norms of normal pregnancy and childbirth. If the identified pathological changes in the lining layer of the cervix, IVF does not be relevant: that woman just will not admit to design.

Interpretation of the results of colposcopy 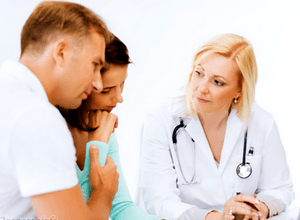 After completing the diagnosis, the gynecologist prepares a Protocol, where decryption of all data on the state of the cervix and the presence or absence of features that affect possible development of pathology. Examples of gynecological diseases and their main characteristics listed above.

The results of the procedure can influence such phenomena as pregnancy, hormonal drugs, lack of certain hormones, the presence of inflammation, age, and of course, the competence of physicians.

Colposcopic investigation does not constitute a danger, not a cause side effects and does not require once the restoration activities. Only in rare cases a small discharge with an impurity content of iodine or a slight pain in the abdomen, which take place in a few days. 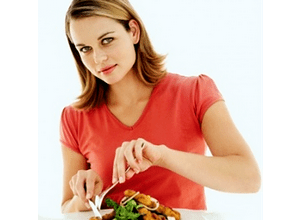 So, we tried to reveal the essence of the concept of colposcopy and noted that it was important. To preserve women’s health, it is highly recommended not only to eat right, lead an active lifestyle and have no bad habits, but also timely to visit the gynecologist.

Colposcopy is mandatory for women who have problems with
the neck of the uterus. However, it is recommended to anyone over 30 years.